Whistleblower Herve Falciani, a former HSBC Bank employee, had said in 2015 that the Indian authorities weren't using all the information he provided on people stashing black money abroad. 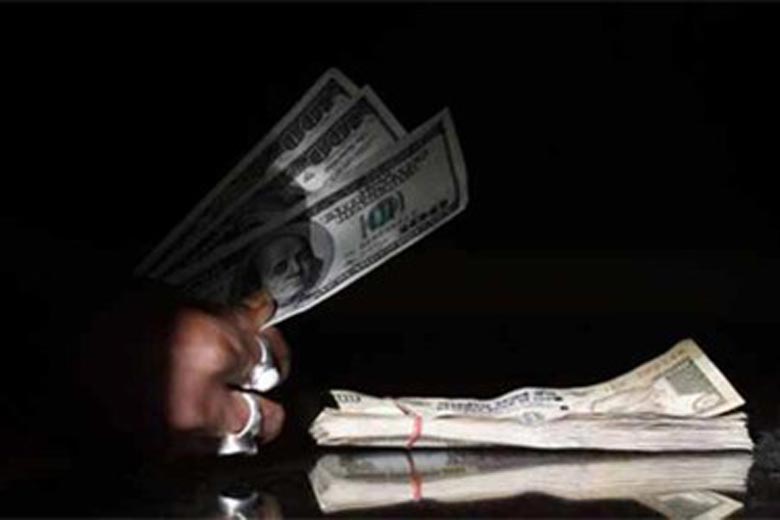 The SIT must be opened to greater public scrutiny, the CIC said. Credit: Reuters

New Delhi: In a landmark ruling, the Central Information Commission has clarified that the Special Investigation Team (SIT) constituted by the Narendra Modi government to investigate all matters relating to black money is a ‘public authority’ under the Right to Information (RTI) Act, 2005. Therefore, it must be brought under greater scrutiny of the public.

The order came after a petition by Venkatesh Nayak, an RTI activist and programme coordinator of the Commonwealth Human Rights Initiative. He hailed the decision as a “very positive step in the direction of expanding the regime of transparency to bodies that meet the criteria of a ‘public authority’ but do not comply with the provisions of the RTI Act”.

What makes the order critical is that very little information has been provided in the public domain by the SIT, which is headed by two retired justices of the Supreme Court and comprises senior representatives of various ministries, departments and agencies engaged in ensuring law enforcement and tax compliance.

The investigating agency was set up soon after the National Democratic Alliance government came to power in May 2014. However, a year and a half later, in November 2015, a world-renowned whistleblower named Herve Falciani – also a former employee of the HSBC Bank – had stated that “the authorities in India were allegedly not doing enough to make use of the materials that he had supplied to them about illegal funds stashed abroad by individuals and corporate entities of Indian origin,” according to Nayak. He added that this prompted him to file an application with the central public information officer (CPIO) of the SIT on black money in the department of revenue, of the finance ministry.

Also read: India Has Not Responded to My Offer of Help, Says HSBC Whistleblower

Saying that the SIT was constituted in compliance with the directives of the Supreme Court in the matter Ram Jethmalani and others vs Union of India and others, Nayak added that the apex court later also directed the Centre to disclose the list of entities who had stashed away black money in the Ram Jethmalani case.

Nayak said he had then asked for copies of the letter written by Falciani to the chairman of the SIT, the response of the chairman to Falciani, all the file notings on the SIT files and documents pertaining to details of action taken on Falciani’s letter, the list of reports submitted by the SIT to the Centre and the apex court, the reports submitted, and the information required to be disclosed suo motu by the SIT under Section 4(1) of the RTI Act.

However, Nayak lamented that the CPIOs in the Ministry of Finance “played soccer” with his RTI application before a CPIO from the Central Board of Direct Taxes (CBDT) finally rejected access to the information sought for the first four queries on the grounds that they would hamper ongoing investigations and thus claimed exemption under Section 8(1)(h) of the RTI Act. As for the last three queries, he said the information was received by his office in a fiduciary capacity [exemption under Section 8(1)(e)] and transferred the matter back to the office of the SIT.

What also irked the RTI activist was the attempt by the CPIO to belittle the whistleblower. “The CPIO referred to the suppliers of materials (such as Mr Falciani) as ‘certain persons claiming to be whistleblowers’,” said Nayak, adding that “such replies are but natural in a situation where the government is keen on diluting the Whistleblower Protection Act instead of implementing it.”

The first appellate authority (FAA), Nayak said, upheld the CPIO’s rejection order but directed that the entire RTI application be sent to the black money SIT for taking a decision afresh. It was after a 140-day futile wait for a reply that Nayak finally filed a complaint before the CIC to declare the SIT as a ‘public authority’ under the RTI Act.

His appeal said that being a multi-member body, as per the Centre’s May 2014 notification, the SIT was clearly a ‘body’ and as this body was constituted by a notification in the official gazette. Therefore, the SIT met both the criteria for being recognised as a public authority under Section 2(h)(d) of the RTI Act.

In his order on October 10, chief information commissioner Bimal Julka accepted this argument while relying on reasoning and case law to support the decision. He declared the black money SIT a public authority under the RTI Act. He also copied the order to Department of Personnel and Training, and Nayak is now hopeful that the department will come up with guidelines on this subject.