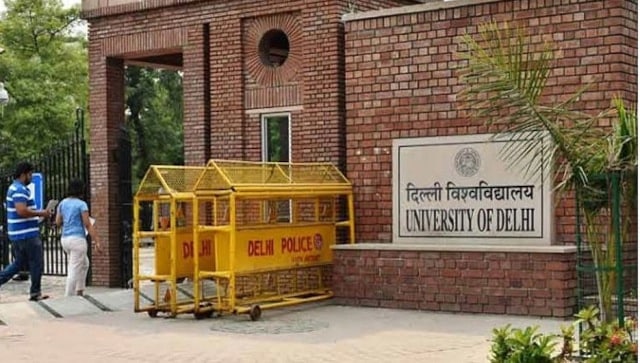 New Delhi: The ruling Bharatiya Janata Party (BJP) on September 7, Tuesday, tweeted that the Narendra Modi-led Union government has set up two colleges every day since 2014.

However, the saffron party’s claims do not match government statistics.

Focusing on higher education, Modi government has set up two colleges every day since 2014.

AISHE is a national survey constituted by the Ministry of Human Resource Development in 2010 to give a sense of the country’s higher institutional education data. The survey is conducted annually and offers figures up to September 30 for a particular year.

A report in the ThePrint published on September 6 quotes an analysis by CollegeDekho, a student counselling platform, saying that 70% of the higher education market in India is primarily dominated by self-funded and unaided universities and colleges.

BJP has attributed the exponential rise in the number of both government and private colleges to Prime Minister Modi.

The AISHE report showed that more than 1,000 colleges have been set up in India every year since 2003, out of which, more than 80% of colleges are private establishments while the rest come under the ambit of the government. The peak was the period between 2007 and 2009, when the country added 7,206 colleges, about one-fifth of the total number.

However, not all colleges surveyed by AISHE are affiliated to recognised universities. Some are even managed by local bodies, which according to the AISHE report includes “Panchayats (as defined in Art 243 read with 243 B of the Constitution), Municipalities (as defined in Article 243 P read with 243 Q of the Constitution), cantonment boards, town-area committees and any other bodies of the local self government constituted under a law”.

Educationists told The Telegraph that the Union government could claim no credit for the market-driven boom in private colleges. They further claimed that most of these institutions were not of adequate standard.