At least two former chief election-commissioners told The Wire that Nirmala Sitharaman's announcement of a free COVID-19 vaccine for Bihar would amount to a violation of the model code of conduct. 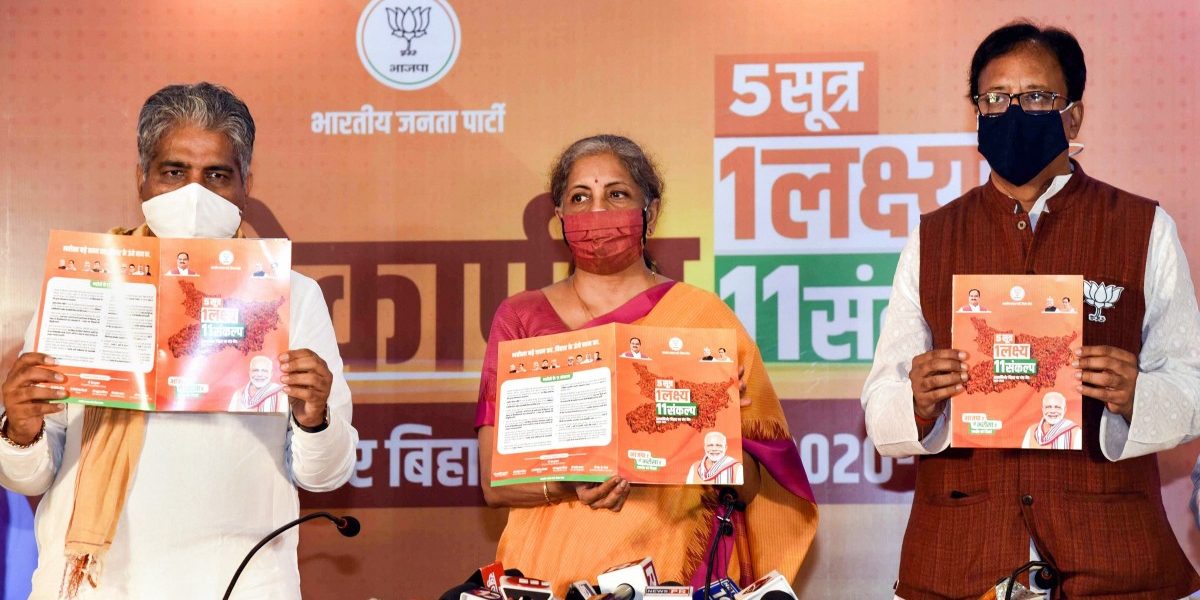 The first item on the Bharatiya Janata Party’s manifesto in Bihar, ahead of the assembly polls set to kick off there next week, is that if the party is elected to power in the state, it will arrange for free COVID-19 vaccines. It is hard to overstate how appalling this promise is, assuming it will be fulfilled.

For starters, does this mean that if the voters of Bihar reject the BJP in the election, they will not be given free COVID-19 vaccinations? And does it mean that people in other states will not be given their vaccines free? And how does this announcement, made by the Union finance minister on behalf of her party, square with the model code of conduct, which prohibits the announcement of new government policies and initiatives once the election process begins?

At least two former chief elections commissioners told The Wire on condition of anonymity that Nirmala Sitharaman’s announcement of a free COVID-19 vaccine for Bihar would amount to a violation of the model code.

But if the announcement had to be made, why didn’t Nitish Kumar do so? The BJP is after all allied with him as the NDA, and can win (or lose) only as part of this alliance.

Then there are wider questions, which reflect poorly on the Modi government’s lack of transparency and ethics.

The BJP has been in power at the Centre since 2014, and continued in its term the poor investment in public health, even as it also deprioritised social welfare and cosied up to powerful corporations and fashioned a variety of opaque schemes to amass money. The latest and most prominent of these is the PM CARES fund.

Companies and organisations from around the country have been encouraged to contribute money to this fund, to be used at Prime Minister Narendra Modi’s discretion to address issues related to the country’s COVID-19 epidemic. It also emerged after the fund came to be that it would be spared the CAG’s oversight, dealing a blow to transparency, as well as the obligation to respond to right to information requests. The BJP’s vaccine promise in Bihar is a cruel reflection of this opaque administrative process, and immediately raises many troubling questions. 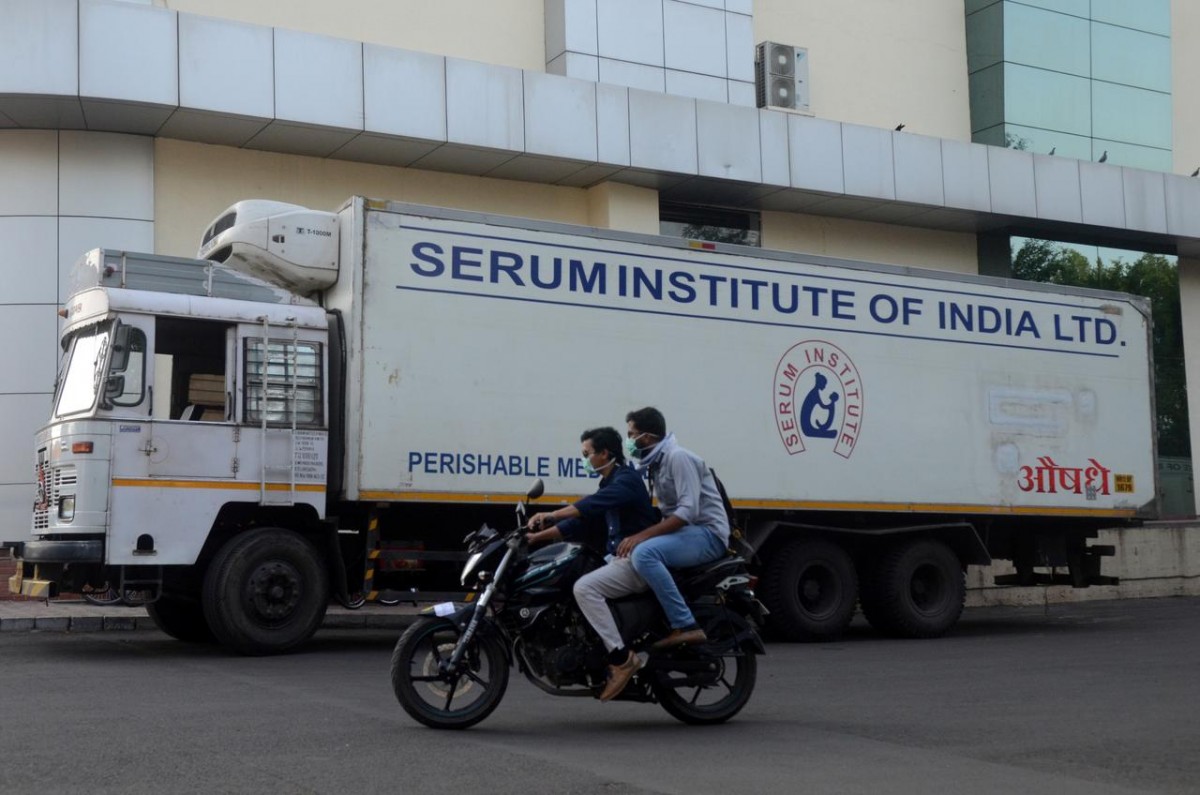 First, how can a party contesting state polls make a promise that is up to the national government to fulfil? The decision to deliver a vaccine for free rests ultimately with the Centre, and depends on whom these vaccines are designated for, at what costs they have been purchased, which manufacturing companies are providing them, when, and what cost the state will incur as a result. Note that India hasn’t yet released any guidelines on what counts as a ‘successful’ vaccine to begin with – nor has it made procurement commitments with vaccine-makers.

It is not appropriate at all for a party hoping to win an upcoming election to corner what is likely to be a substantial portion of a state’s financial allocation to fulfil a promise that – as things stand – is a bribe. (This is notwithstanding the impropriety of anyone but the country’s health minister making such a crucial announcement.) After all, who wouldn’t want a free COVID-19 vaccine in the middle of the COVID-19 pandemic?

It is also important to remember that a vaccination drive isn’t just sticking a needle into a person. Instead, its efficacy depends on community-level check-ups, ensuring previously identified vulnerable groups have all received doses, monitoring for adverse side-effects, and following up at the population-level with further seroprevalence surveys. Without these systems in place, free vaccines can quickly become useless.

Third: if it is indeed possible to supply vaccines for free, why is the government not resolving to do it already, and instead couching this offer in a quid pro quo arrangement? How can a party say it will deliver a vaccine – that its government at the Centre is anyway obliged to provide all citizens – only if people choose to vote for it in the state? And if the party loses, will a vaccine that could have been made available for free then carry a price-tag?

According to India Today, the Union health ministry has also said that once a COVID-19 vaccine becomes generally available, the government will distribute it in the same way it distributes vaccines under its Universal Immunisation Programme. Twelve vaccines under this programme are available to recipients free of cost. In the same way, COVID-19’s seriousness would also warrant its inclusion under the programme – especially given the novel coronavirus is so very infectious. If the polio vaccine hadn’t been available for free, polio wouldn’t have gone from “hyperendemic” to absent in India.

The head of BJP’s IT cell, Amit Malviya, tweeted at 1:18 pm that all state governments will buy the vaccines from the Centre and then determine their specific costs, “health being a state subject”. But it is hard to imagine the members of any other political party at the state level making this promise if only because of the costs and the requisite supply-chain. More broadly, it will be nearly impossible to distribute vaccines without the Centre’s resources and authority.

BJP’s manifesto promises free Covid vaccine. Like all programs, center will provide vaccines to states at a nominal rate. It is for the state Govts to decide if they want to give it free or otherwise. Health being a state subject, Bihar BJP has decided to give it free. Simple.

On August 8, the Times of India reported that the Serum Institute of India, Pune, the world’s largest manufacturer of vaccines (by doses), had proposed to cap the price of a single COVID-19 vaccine dose at Rs 225 – already higher than the typical cost of vaccines in India. The company offered this price only to vaccines distributed under the COVAX alliance, which India is yet to join; but let us assume for a moment that this price applies to the vaccine that the BJP will distribute if it wins.

Bihar’s population was estimated to be a little over 10 crore in 2011. This brings the total cost of just the doses required for the exercise to Rs 4,500 crore (assuming it will be a double-dose vaccine) – and which is likely the only portion of the exercise the Centre might subsidise. Then come the costs of storing, transporting and distributing the vaccines; recruiting and training healthcare workers to administer them properly; and reimbursing private hospitals and clinics that might be pulled into these efforts.

Where will this kind of money come from? The state’s revised expenditure on health and family welfare in 2019-2020 was Rs 10,315 crore, and the budgeted expenditure for this financial year is Rs 10,602 crore. If the COVID-19 vaccine is to be distributed without compromising existing healthcare services, the prospect of free vaccines seems well beyond the state’s control, and can only be executed with the Centre’s help.

Then there is the inevitable logistical nightmare. National coordination is crucial for a disease like COVID-19. Even if one group of people are vaccinated while the rest of the population is not, the causative virus will continue to circulate in the unvaccinated group, rendering any vaccine-induced population-level immunity meaningless. This could be especially true in Bihar, which, according to the 75th round of the National Sample Survey, already lies in the last quartile of India’s major states in terms of immunisation of children aged 0-5 years. Bihar is also infamous for its poorly funded, staffed and equipped healthcare system.

Finally, all of this calculus assumes that the Centre will purchase vaccines and then resell it to states, like Malviya also said. What happens when manufacturers supply doses directly to buyers, especially since state is a health subject?

It is ridiculous that the BJP manifesto doesn’t say it will improve the state’s healthcare – and instead begins with an underspecified cure for just one symptom. As Dr Vikash Keshri, a medical doctor and health policy specialist, wrote in July, “The current state of healthcare in Bihar has largely been shaped by a legacy of constant neglect, as a result of which health care gained little prominence in the state’s and the national policy agenda.”

In fact, while distributing a COVID-19 vaccine for free may be politically more advantageous, it will still only perpetuate the state government’s neglect of deeper, more systematic issues.