The chief minister lashed out at the local police, saying that the incident could have been avoided if the police had acted immediately. 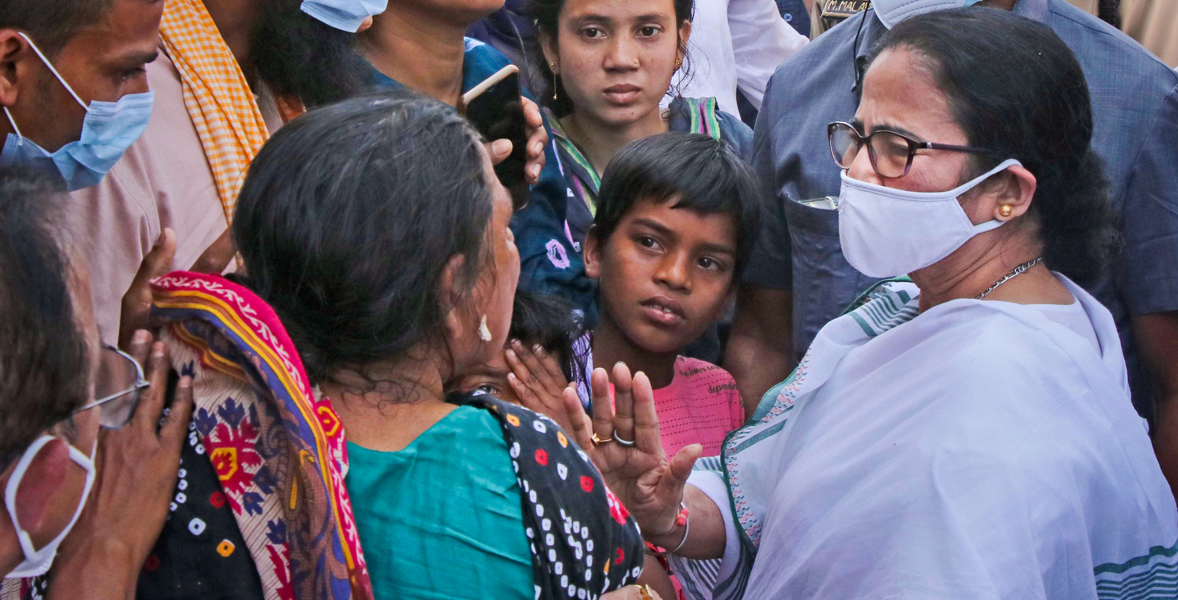 Kolkata: Two days after eight people, including two children, were charred to death in Birbhum’s Rampurhat, chief minister Mamata Banerjee on Thursday, March 24, visited the site of the killings and announced compensation for the victims.

The victims’ houses were allegedly set ablaze in Bogtui village in the early hours of March 22, after the alleged murder of a ruling Trinamool Congress (TMC) panchayat official, Bhadu Sheikh.

The chief minister lashed out at the local police, saying that the incident could have been avoided if the police had acted immediately.

She also ordered the arrest of the TMC block president of Rampurhat-1, Anarul Hossain, and also told the police to take exemplary action against the perpetrators of the crime and the local police officials, including the sub-divisional police officer, inspector in charge of the police station and officials of the district intelligence bureau.

She directed the police to look at all angles, including whether any outsider was involved in the incident.

Meanwhile, Syed Siraz Jimmi was elected as the new block president of Rampurhat-1.

Banerjee also went to the Rampurhat Medical College and Hospital where two children and a woman have been admitted after they were injured in the incident.

The chief minister announced a compensation package of Rs 5 lakh each to the next of the kin of the victims and Rs 2 lakh for rebuilding the scorched houses. She also promised government jobs to members of the 10 affected families.

“Nothing can compensate for the death of people. However, I am arranging some compensation for you and I am also asking the police to not only take action against the culprits, but to unearth all illegal bomb-making factories across the state,” Banerjee said.

Mihilal Sheikh, a resident of Bogtoi village, who lost his wife, mother and sister said, “I have lost everybody and today I demand exemplary punishment for the perpetrators. Chief minister Mamata Banerjee assured us that she will provide all the necessary help. We believe the chief minister. Let’s see what happens next.”

Mufiza Hossain, who lost her mother, said, “My children saw how my mother’s body was charred to death. We were helpless. The villagers called Anarul Hossain so that he could call the police, but he did not take our calls. I demand lifelong jail for Hossain.”

Separately, the National Human Rights Commission (NHRC) on Thursday issued a notice to the West Bengal government and its state police chief in connection with the incident.

The Calcutta high court on March 23 had sought a status report on the incident from the West Bengal government within 24 hours.

Governor Jagdeep Dhankhar said, “This is a shameful event and an indelible scar on governance. The burning of people alive in a democracy in this manner is very painful. I appeal to the government to learn the lessons rather than offering defence.”

Bharatiya Janata Party (BJP) state president Sukanta Majumder told ANI, “Mamata Banerjee wants to buy dead bodies by providing money and jobs to families of the deceased. There will be many such incidents if the government won’t look into the root causes. She cannot control the law and order situation. We want an impartial probe by the CBI and NIA.”