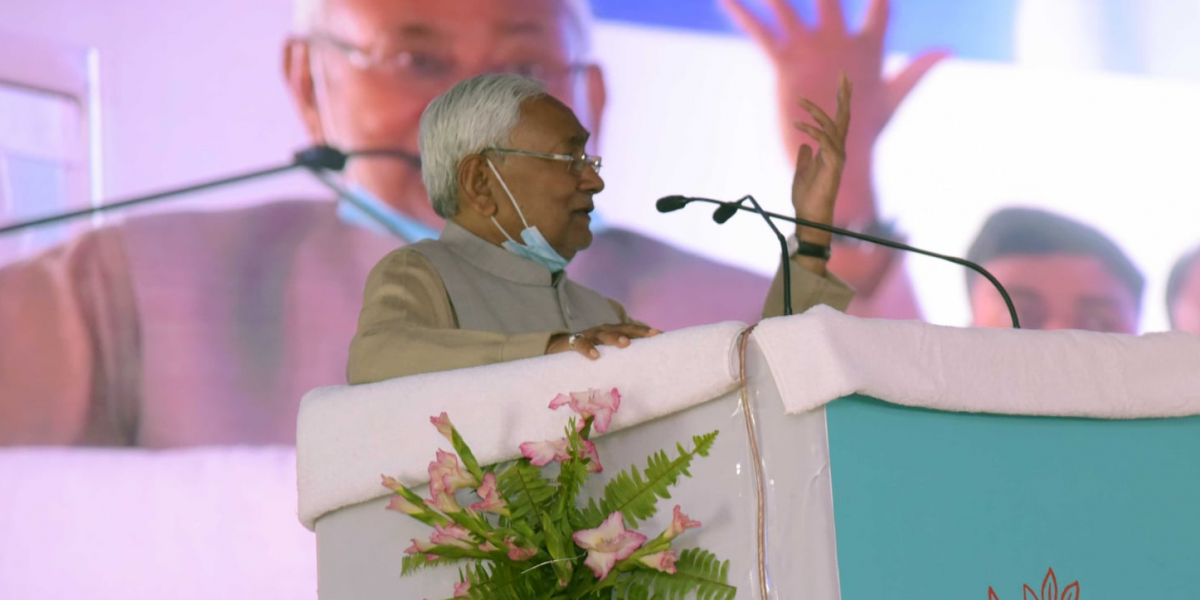 The former union minister and party national spokesman was elected to the legislative council in a surprise move last month. He was the first to be administered the oath of office by governor Phagu Chauhan.

He was among nine inductees from the BJP, which now has 20 members in the state cabinet.

The stature of Kumar’s Janata Dal (United) JD(U) suffered in the recent assembly polls, when its seat share fell drastically. The party was reduced to just 43 seats, becoming the junior partner in its alliance with the BJP, which won 74.

Among the new inductees, there were eight JD(U) members, with the party now having 12 members in the cabinet.

As per norms, the state cabinet can have up to 36 members, including the chief minister.

With the expansion, the Bihar cabinet now has 34 members. One member each of smaller alliance partners Hindustani Awam Morcha (HAM) and Vikassheel Insaan Party (VIP) were inducted when the cabinet was formed in November last.

“Decision about the allocation of portfolios has been taken. You all will get to know about the same once the notification is issued,” the chief minister told reporters after the ceremony.

With the exception of Pramod Kumar, who held key portfolios in the previous government, the BJP has placed its trust in “fresh faces”.

The JD(U) gave preference to experienced hands, though there were also a handful of debutants, including Zama Khan who got elected on a BSP ticket but joined the party recently, and independent MLA Sumit Singh who has pledged full support to the chief minister.

Others from the JD(U) who took oath included Sanjay Kumar Jha and Shravan Kumar, both known to be trusted aides of the chief minister who held key portfolios in the previous government. JD(U) leaders Madan Sahni and Lesi Singh also returned as ministers.

Sunil Kumar, a former IPS officer who joined the JD(U) last year shortly after retiring, and Jayant Raj, a 35-year-old who is among the youngest party MLAs, have also been given ministerial berths.

Lesi Singh’s induction has raised the number of women in the cabinet to three. Earlier, BJP’s Renu Devi and JD(U)’s Sheela Mandal had been sworn in, with the former sworn in as the deputy CM.

The NDA had been facing flak from the opposition over the absence of a Muslim member in the cabinet, which has been remedied by the induction of Hussain and Khan.

Shahnawaz Hussain took oath in Urdu, Sanjay Jha in Maithili, while others chose Hindi at the swearing-in.

Nitin Nabin, the four-time MLA from Bankipore constituency in the capital Patna, had defeated Luv Sinha, son of actor-politician Shatrughan Sinha in the recently concluded polls.

Though the chief minister will have to be more accommodative of the BJP, as Nalin Verma reported for The Wire in early January, Kumar is still living up to his reputation of being a wily politician. He is learnt to have used the BJP’s decision to oversee the defection of six JD(U)’s MLAs in Arunachal Pradesh as a bargaining chip to get more cabinet berths for his party.