Singh had earlier, in a video message, said he was planning to surrender in court after having absconded since August 17. 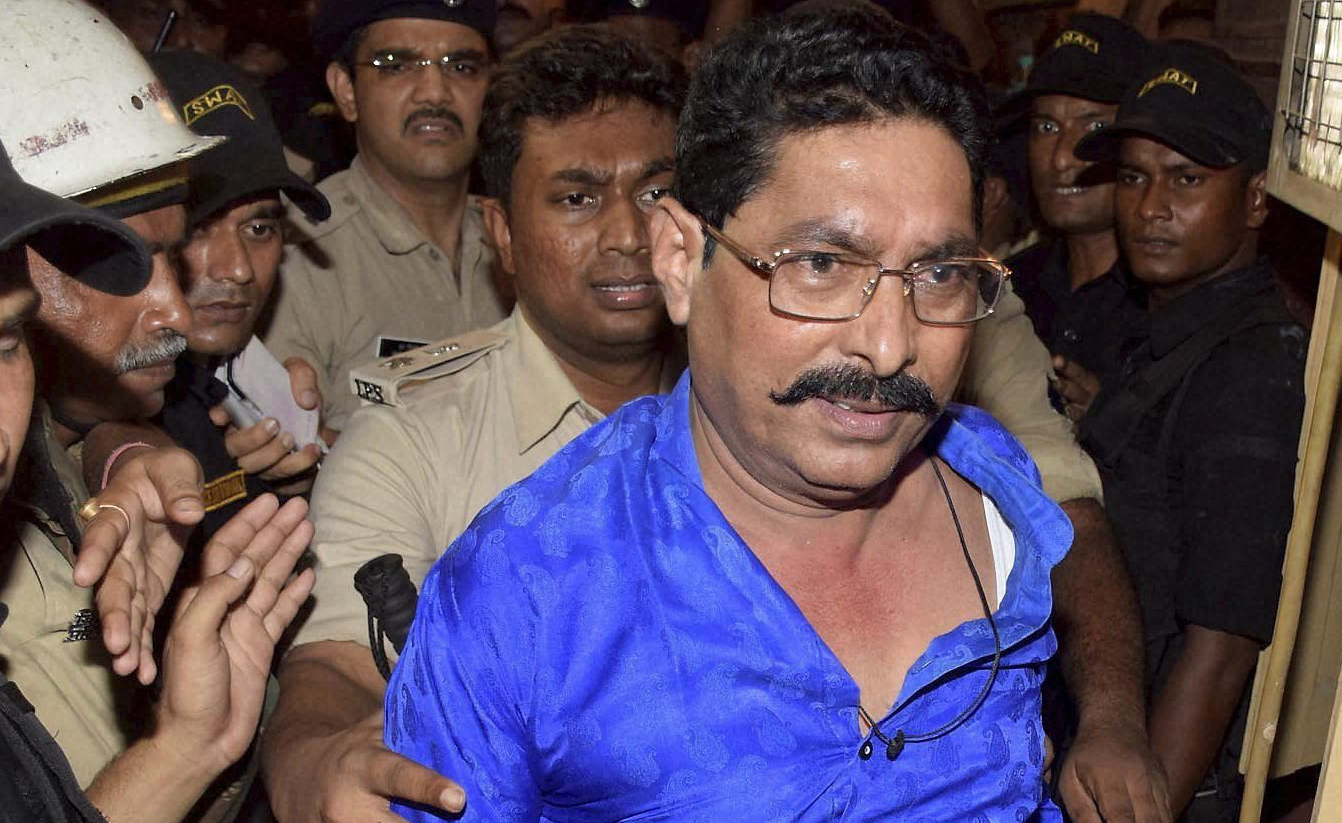 File image of Anant Singh being arrested in connection with a separate case in 2015. Photo: PTI

Singh had earlier, in a video message, said he was planning to surrender in court after having absconded since August 17.

The independent MLA from Mokama has several serious cases pending against him.

“I am not afraid of getting arrested. I have come to see my ailing friend and will surrender in the court in next three-four days. But first of all, I will go to my flat and interact with journalists,” the legislator had said in the video clip sent to media houses on Sunday.

Singh was booked under the Unlawful Activities (Prevention) Act (UAPA) after a police team raided his ancestral house at Ladma village in Patna district and seized an AK-47 rifle, a magazine, live cartridges and two hand grenades on Friday.

Parliament had recently passed an amendment to the anti-terror law to give powers to the Centre to designate an individual as terrorist and seize his properties.

The accused legislator had claimed that he had sought an appointment with chief minister Nitish Kumar but failed.

Contending that he had not visited his ancestral house in the past 14 years, Singh asked, “Why would I keep weapons like AK-47 in a house which is shared by my enemy?”

Singh has a running feud with his cousin Vivekanand Singh, a gangster.

Police conducted a second raid at the 1, Mall Road, official residence of Singh in Patna on Saturday but he was not present, Superintendent of Police Kantesh Kumar Mishra said.

His accomplice Chhotan Singh was, however, apprehended from there. A sword and a mobile phone were also seized from the legislator’s official residence.

The SP said the raids were carried out in the presence of a magistrate and the caretaker, in accordance with the law. The entire exercise has been recorded on video, the officer said.

Mishra also said that a separate FIR was being lodged with Sachivalaya police station in Patna against the MLA for giving shelter and protection to Chhotan Singh, an accused in a criminal case lodged with Barh police station.

Singh is nicknamed “Chhote Sarkaar” and has a lengthy criminal record. He was recently summoned to the police headquarters in Patna for the submission of a voice sample in connection with an attack on a Mokama-based contractor.

He was formerly known to have shared a close relationship with Nitish but the two apparently fell out ahead of the 2015 assembly elections.

Singh then left the JD(U) and contested and retained his seat as an Independent.