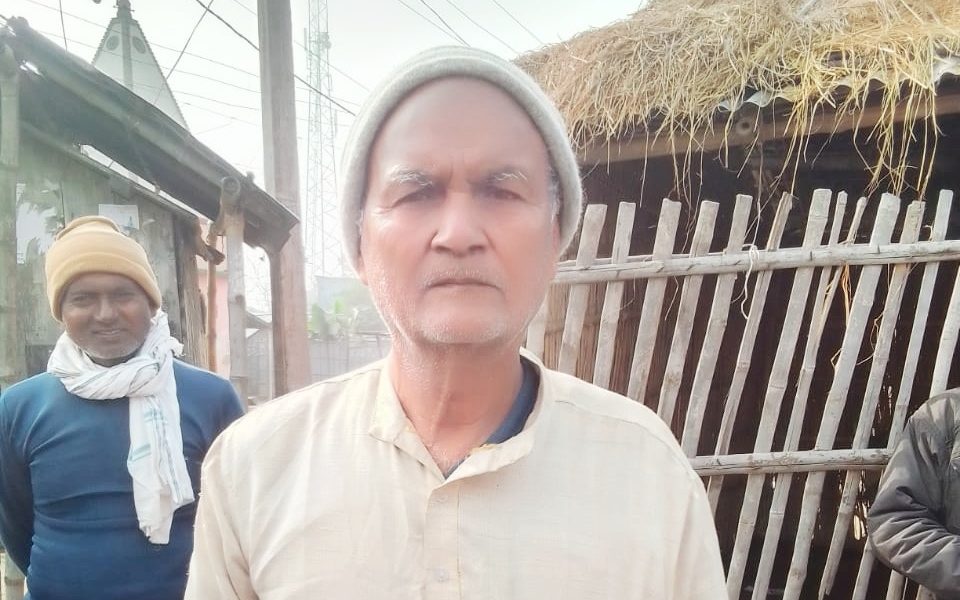 Patna (Bihar): Eighty-four-year-old Brahmadev Mandal, resident of Madhepura in Bihar, has claimed to have taken 12 COVID-19 vaccine doses in just 11 months, exposing how COVID-19 vaccination process may have loopholes despite being digitised.

He received his 12th COVID-19 vaccine shot on January 4 this year and talked about it to his friend who, according to Brahmadev, relayed this to a journalist friend.

Brahmadev claimed that he got his first vaccine in February last year. The gap between his shots, he claimed, varied from two months to two days.

A resident of Aurai Purvi village under Puraini block of Madhepura, Brahmadev retired from the post office eight years ago.

“My joint pain cured due to vaccines”

Brahmadev has some bizarre reasons for wanting to get 12 vaccines. He told The Wire, “I had been facing joint and body pain for eight years. When I visited doctors, they told me that a lack of calcium is causing the pain. I took medicines but in vain.”

“I got the first dose of the vaccine on February 13 last year and the second dose the next month. Then I realised that my joint and body pain is gone. I thought that COVID-19 vaccines have worked. My appetite also increased,” he said.

“That is why I decided to take more vaccines, as it was improving my health.”

After that, wherever he got a chance, Brahmadev took a vaccine.

“Whenever the data entry person at the vaccination centres would ask me if I have got the vaccines earlier, I categorically denied it and took a jab,” he told The Wire.

Epidemiologist and former health and nutrition specialist, UNICEF, India, Antony Kollannur said, “No research has been conducted so far on other health benefits of COVID-19 vaccines anywhere in the world. Only research around vaccination has been done to know about antibody development, so there is no scientific basis for such claims.”

Since the Aadhaar or other identity card details are put online while vaccines are administered, there remains little chance of getting more vaccines than the stipulated doses.

A health expert who wished not to be named said, “Even if he uses two identity cards, he can only get four doses – two on the Aadhaar card and two on the voter ID card. Getting 12 vaccines on two identity cards means either his data has not been put on the portal or he has been given false vaccines.”

He also said that except for the two doses he had taken in February and March last year, his identity card details were not put in the computer. “The person who was noting details at the vaccination centres would write the details manually in the register,” he said.

Bihar has administered 10,25,94,357 COVID-19 vaccine doses till January 6. Of this, 18,74,482 doses have been administered in Madhepura in 290 government vaccination centres. Around 9,721 doses were given on January 6 alone, according to the health ministry website.

Dr Amrendra Narayan Sahi, civil surgeon, Madhepura, told The Wire, “We have ordered an inquiry and asked for all the registers where his details were noted. We will take action against the culprits.”

Health experts have refuted Brahmadev’s claims of other health benefits of vaccines.

According to Dr Shakeel, convenor of Jan Swasthya Abhiyan (Bihar chapter) this episode is clear testimony of faults in the health management information system (HMIS).

“Question is not whether 12 vaccines can have other health benefits or not. The real question is how one person got 12 vaccines,” he said. It clearly indicates that the HMIS in India is poor.

He cited his own case of vaccinations. “I had not taken two doses but despite this I got a message that I have been vaccinated. When I tried to find more details, I came to know that the vaccine was given to another person of another district.”

Such goof ups are not new in Bihar. In December last year, an RT-PCR test report list went viral. The list contained names of Prime Minister Narendra Modi, Congress chief Sonia Gandhi, Congress MP Rahul Gandhi and Bollywood actors Priyanka Chopra and Akshay Kumar. When this correspondent called the mobile numbers on the list, the people who answered said that they hadn’t given a sample for testing.

Many people in the past have claimed that they got vaccination messages without receiving a vaccine. Others said their vaccine listed the wrong COVID-19 vaccine, different from the one they had actually received.