Bihar: FIR Against Octagenarian Who Took 12 Doses of COVID Vaccine 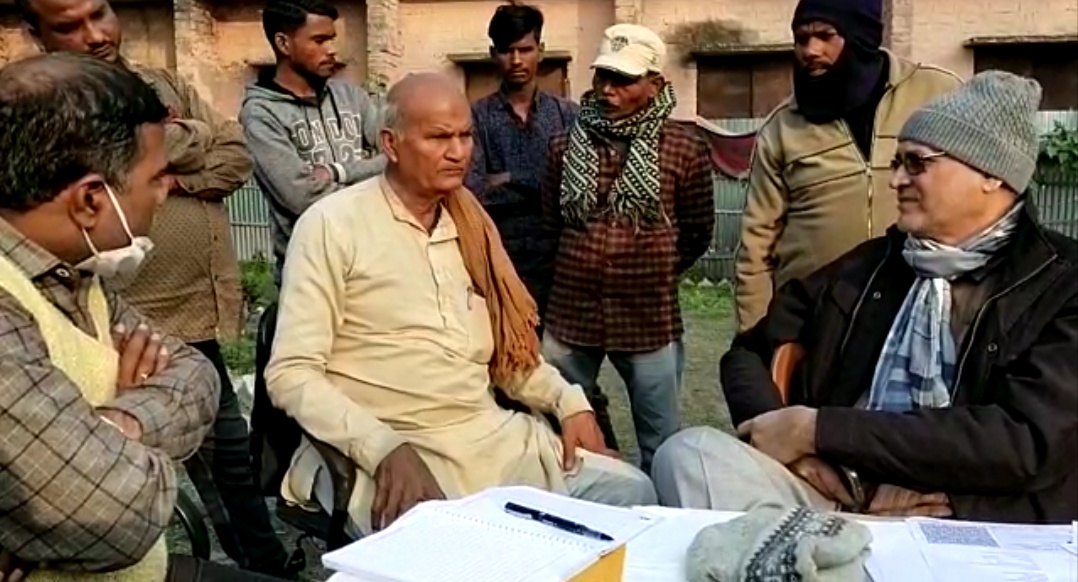 Patna: Embarrassed by an 84-year-old man’s revelation that he took 12 COVID-19 vaccines in 11 months, Madhepura district’s health officials have filed a police complaint against Brahmadev Mandal for cheating and disobedience of a public servant’s order.

A hand-written application by the medical officer in charge of the Puraini primary health centre (PHC), submitted to the Puraini police station, says, “Brahmadev Mandal has taken 12 vaccines at different dates using different identity cards lying to the health officials.”

“This act is a violation of the COVID-19 vaccination rule. He has taken vaccines between February 13, 2021 to January 4, 2022. So, we request you please investigate the matter and lodge an FIR,” the application says. 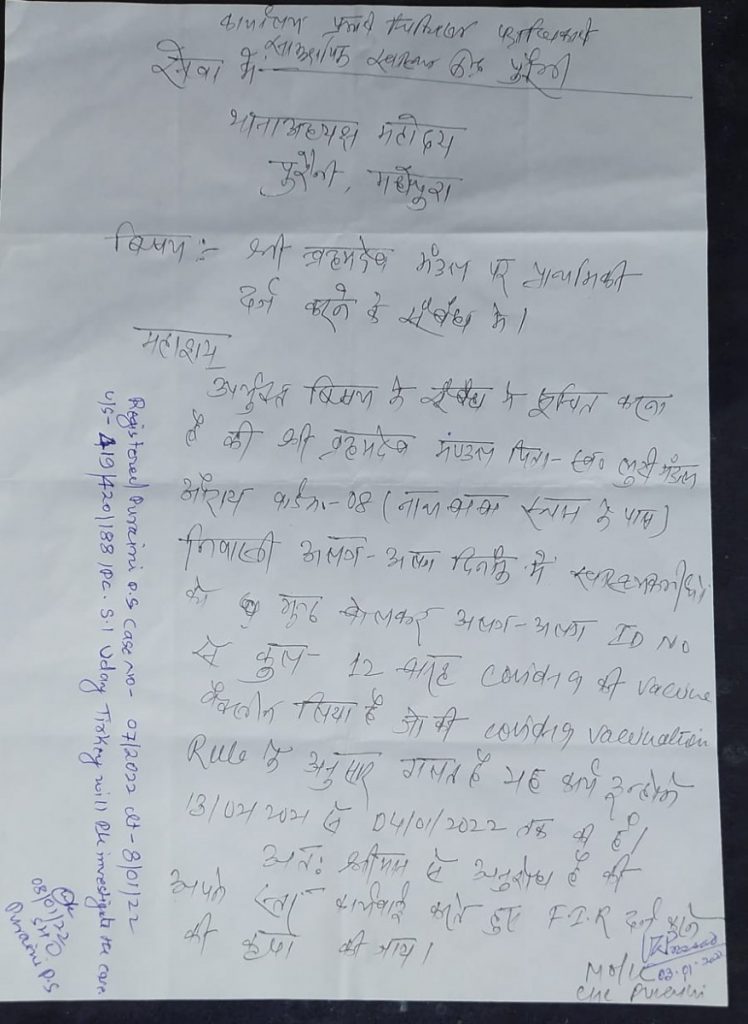 The hand-written application by the medical officer in charge of Puraini primary health centre (PHC), submitted to the Puraini police station. Photo: By arrangement

Officials at Puraini police station confirmed that a first information report (FIR) has been registered. “We have lodged the FIR. The allegation against Mandal is that he used different identity cards for vaccination. We are investigating the matter,” one police officer at the Puraini police station told The Wire.

FIR has been lodged against Mandal under Section 188 (disobedience to order duly promulgated by public servant), section 419 and 420 (cheating) of the Indian Penal Code (IPC).

On the other hand, Brahmadev Mandal told The Wire that health officials had on Friday evening made him write a declaration that no action against health workers involved in his vaccination.

“I didn’t want any action against them, so I wrote the declaration. They also assured me that no action will be initiated against me. But today they have lodged an FIR against me for cheating. This is wrong,” he says.

The Wire contacted Dr Amrendra Narayan Sahi, the civil surgeon of Madhepura, but his phone was unreachable.

Mandal had said that the doses of vaccines had “cured” his joint pain and increased his appetite. Due to these apparent benefits, he decided to take as many doses as possible. He had also said that he wanted to take at least three more doses.

Though his claims were debunked by health experts, it laid bare the integrity and accuracy of Bihar’s – and perhaps the country’s – vaccination data.

As soon as the news went viral, health officials swung into action. The civil surgeon had announced the formation of a three-member committee to investigate the matter. The report is yet to come but prima facie it appears that the health officials were not recording data properly. Otherwise, it would not be possible for one person to take as many as nine doses using one Aadhaar card or three doses using a single voter ID card.

Brahmadev has so far managed to get five vaccination certificates, all of which have the same name and the same Aadhaar card. Now the question is, if his name was already on the Co-WIN portal, how did the health officials continue to vaccinate him?

Dr. Shakeel, the convenor of the Jan Swasthya Abhiyan, termed the case against Mandal as an attempt to mask the government’s own failures. He said, “It is the health officials who should be questioned. How did they give so many vaccine doses to a single man on a single identity card?”

Kunal, a local leader of a political party, said, “Mandal took so many vaccines because he did not have any knowledge about the vaccines. But what did the health officials do? Action should have been taken against health officials who kept vaccinating him on a single identity card. The FIR against Brahmadev is a clear indication that the health department is trying to save health workers.”

An application by the medical officer in charge of a local primary health centre says, “Brahmadev Mandal has taken 12 vaccines at different dates using different identity cards lying to the health officials.”