"Remember Bahujan society will never forget this insult. Will be back soon," Aazad tweeted, tagging the Telangana Chief Minister's Office. 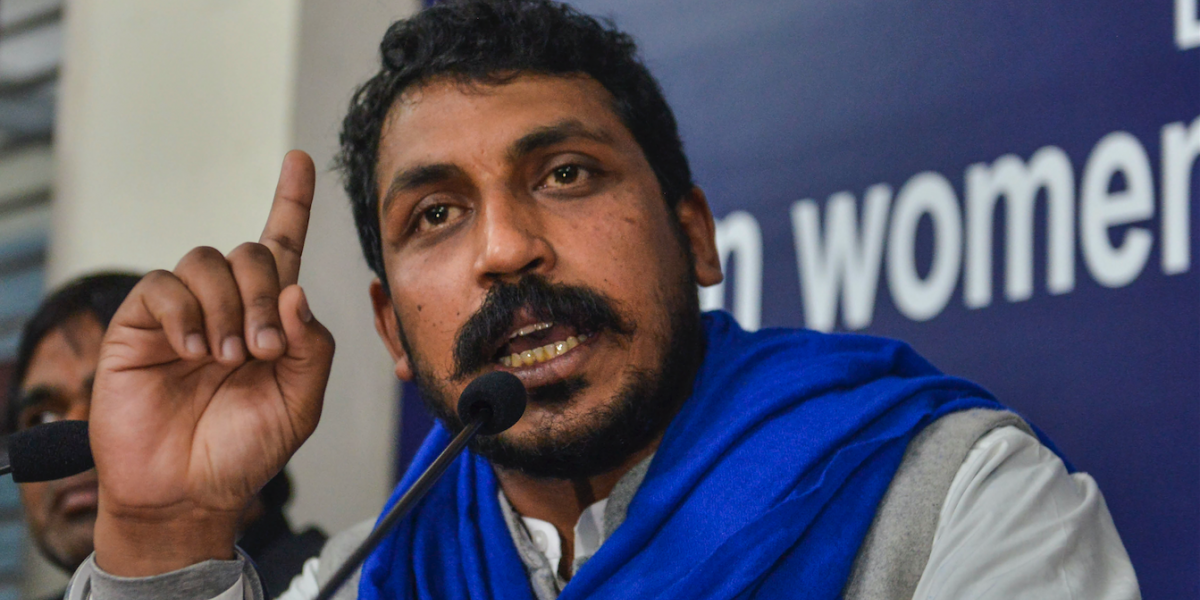 New Delhi: Bhim Army chief Chandra Shekhar Aazad arrived in Delhi on Monday morning after he was put on a flight by police in Hyderabad, where he was detained while on his way to take part in an anti-CAA and anti-NRC event.

Promising to be “back soon”, the Dalit leader said on Twitter early on Monday that Bahujan society would never forget the insult.

Aazad, who landed in Delhi shortly after 9 am, said police had denied demonstrators the right to protest and alleged that they had been beaten up.

“In Telangana, dictatorship is at its peak, people’s right to protest is being snatched, first our people were lathi-charged, then I was arrested, now I am being taken to the airport and are sending me to Delhi,” Aazad said.

“Remember Bahujan society will never forget this insult. Will be back soon,” he tweeted, tagging the Telangana Chief Minister’s Office.

Aazad is unwell and will be taken to the All India Institute of Medical Sciences, his aides said. He will go to Karnataka on Tuesday to address two rallies in Gulbarga and Bidar.

He also plans to attend the birth anniversary celebrations of late journalist Gauri Lankesh on January 29 in Bangalore, they said.

Azad’s detention came days after he was released from Tihar prison in Delhi following his arrest for allegedly inciting people during an anti-CAA protest.

Bhim Army chief Chandra Shekhar Aazad was on Sunday detained in Hyderabad while he was on his way to take part in an anti-CAA and NRC event.

The Dalit leader was in the city to address a gathering on the Citizenship Amendment Act (CAA), National Register of Citizens (NRC) and National Population Register (NPR). Hyderabad Police said there was no permission for the event on the Citizenship Amendment Act, the National Register of Citizens and the National Population Register that Aazad was supposed to address.

Post his release, Aazad visited Shaheen Bagh after a Delhi court modified the conditions imposed on him while granting him bail. He was arrested last month for giving “inflammatory speeches” during an anti-CAA protest at Jama Masjid here but was released on bail after the police could not provide any evidence. The prosecutor and police were slammed by sessions court judge Kamini Lau for arresting Aazad, saying everybody has the right to protest.

The court allowed him to visit Delhi for medical reasons and election purposes. It also directed Aazad to register his presence to the Station House Officer (SHO) of Fatehpur police station in Saharanpur, Uttar Pradesh, every Saturday for four weeks and on the last Saturday of every month.