Bhagwat, Togadia and MPs 'Representing Soldiers' Should Spend at Least One Week at the LoC

The mindless advocacy of war and operational readiness is dangerous, and confirms how little the political class and so-called cultural organisations like RSS know and understand national defence and security. 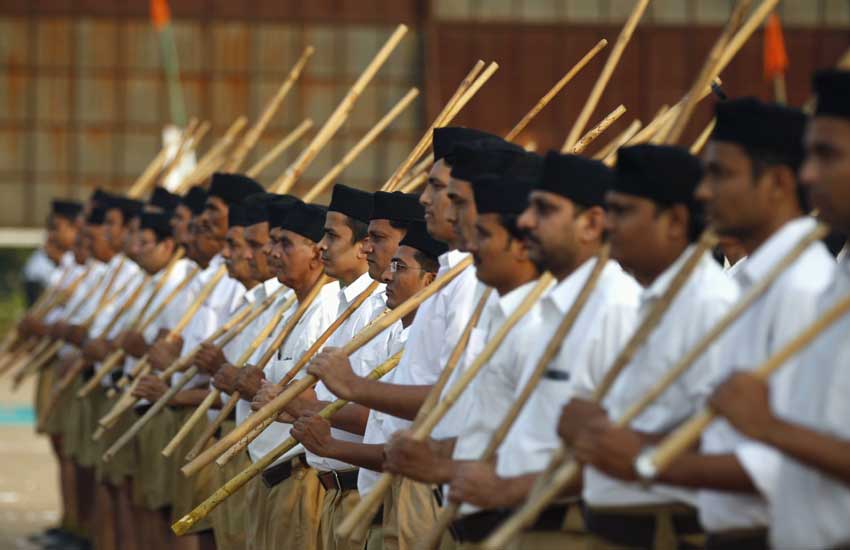 The BJP-led government plans to set up gymnasiums on two acres panchayati land in every village where youth can practice yoga, wrestling and other games. 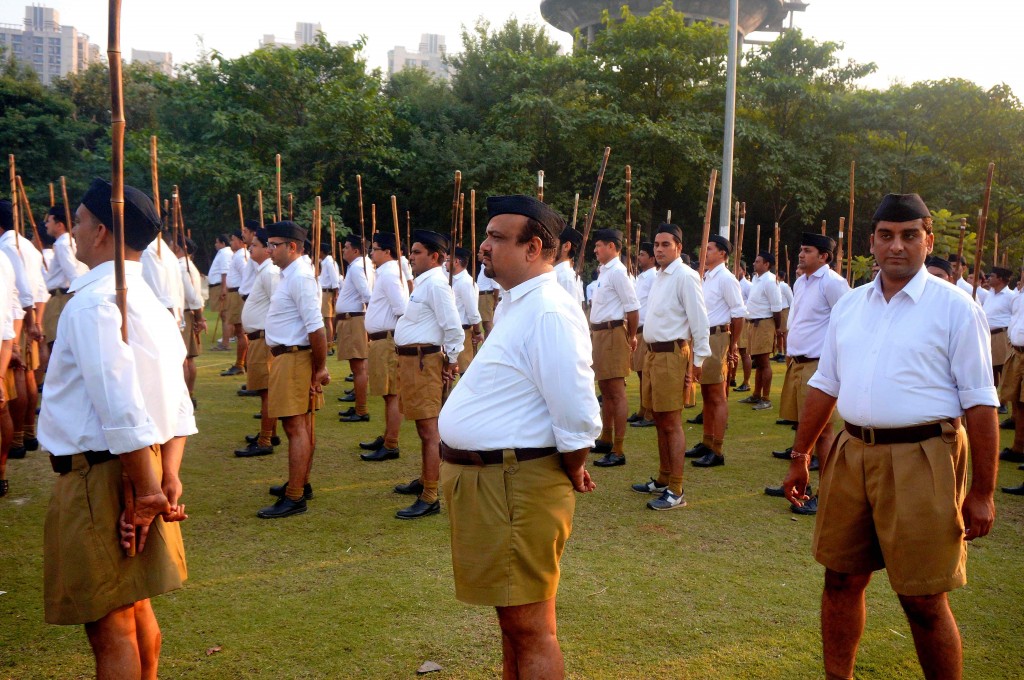 Recent events have confirmed how little the political class, and so-called cultural organisations like the RSS, know and understand national defence and security. Credit: Shome Basu

The last time I heard about the Rashtriya Swayamsevak Sangh (RSS) seeking an image makeover was when a friend reported that fashion designer Ritu Beri was involved in designing long trousers for the Sangh, instead of the Second World War vintage khaki shorts associated with them.

In what seemed like another such exercise, my attention was drawn recently to an amusing news report quoting RSS chief Mohan Bhagwat, suggesting that his cadres could be fully combat-ready at the borders in just three days, when the Army took five to seven months. This confirmed how little the political class, and so-called cultural organisations like the RSS, know and understand national defence and security.

The redoubtable Pravin Togadia, chief of the Vishwa Hindu Parishad, once very close to the Narendra Modi government, has also been making gratuitous comments on going to war with Pakistan. While Togadia is quoted as having said stone pelters in Jammu and Kashmir should be bombarded because even security forces are not safe there, he also advocated passionately for a war to break up Pakistan.

Such mindless advocacy of war and operational readiness is dangerous, to say the least. Many political leaders have made even more ludicrous statements about conventional and nuclear warfare. Former defence minister Manohar Parrikar, who is also a member of the RSS brigade, had boasted about how he created a Hanuman spirit in the Army before surgical strikes, which politicised the Army. He had also spoken about ending cross-border terrorism by saying ‘you need a terrorist to take out a terrorist’. Was he contemplating a state-sponsored terror squad?

Besides their possible contribution to the Bharatiya Janata Party (BJP) in promoting muscular nationalism, many will question the feasibility of RSS creating overt or covert military capability. Pakistan is able to strike at will on soft targets at a time and place of its choosing. Is the RSS really contemplating operationalising Parrikar’s brainwave?

Bar a few, our parliamentarians and other leaders do not understand the changing nature of war, especially cross-border terrorism. Pakistan has perfected the strategy into an art and we have not found an antidote. The political class, including Togadia and Bhagwat and all those who pronounce on war and peace, need to be educated on the basics of conventional, sub-conventional and nuclear war fighting and deterrence.

In the past, a one-week capsule used to be organised by ministry of defence for new MPs but apparently most members skipped it. In Pakistan, General Pervez Musharraf had given the task of educating MPs to the National Defence University/National Defence College. This is something eminently do-able by our NDC so that the political class understands the complexity of modern warfare and refrains from making loose statements on the battle-readiness of civilians.

In addition, every parliamentarian should be taken to the Line of Control and made to spend at least one night to get a feel of cross-border violence. Civil service probationers and budding diplomats undergo a one-week attachment with the Army in J&K and elsewhere. This experience is vital for all those who represent soldiers in Parliament – both Togadia and Bhagwat could be included in this list.

In 2003, the then defence minister George Fernandes famously sent a bunch of bureaucrats sitting over files for snow warfare equipment to spend a few days at Siachen. It had a salutary effect on the babu brigade. Sending women leaders of BJP to Siachen base camp to tie rakhis to soldiers is no substitute for giving them modern rifles, bullet-proof jackets and latest helmets.

With a former Chief of Army Staff General V.K Singh, who bitterly complained in 2013 about critical deficiencies and hollowness in capability, the military has received the second lowest budget in history this year. So, focus must remain on providing adequate equipment to our forces.

RSS chief Bhagwat must have read parliamentary standing committee reports 35 and 36, which say:

“India is not combat ready, under-equipped…

The committee notes that some of the critical shortages and vintage of equipment include artillery guns, infantry weapons, sights and fire control and engineering equipment, air defence equipment and armoured recovery vehicles.”

Probably that is the reason he offered to send his RSS workers to the border for a ‘quick mobilisation’.

Both Bhagwat and Togadia must be incensed over the weekly cross-border strikes by Pakistan and bouts of self-flagellation that follow. But the answer may not be woolly-headed ideas like preparing RSS cadres for border combat. The RSS should know that it is neither wise nor possible to break up Pakistan. Instead, they should counsel Modi to enhance combat-readiness of the Army, especially on the borders.