An extra-constitutional committee formed by former education minister Partha Chatterjee in November 2019, now termed illegal, was at the centre of the illegal appointments. Its activities were elaborate. This is the third and final article in a three-part series on the Bengal school recruitment scam. Also read Part I and Part II.

Kolkata: The mega recruitment scam in West Bengal’s state-sponsored and aided schools – discussed in parts one and two of this three-part series – unfolded in three stages.

The single judge Calcutta HC bench of Justice Abhijit Gangopadhyay first noticed two of the stages during the course of hearing a batch of petitions. The division bench-appointed committee headed by retired high court judge Justice Ranjit Kumar Bag not only endorsed the findings of the court but also elaborated on another – preparatory – stage of the scam.

Going by Justice Gangopadhyay’s orders and the report of the Bag committee as quoted in the division bench order (the whole report has not been made public or shared with the accused), the first or preparatory stage of the illegalities took place in 2017 when the panels and waitlists were published in such a way that candidates could not see others’ scores.

The second phase happened in the first half of 2019.

Asked by the Calcutta high court in March 2019 to publish the panels and waitlists complete with the scores and rankings of every candidate, changes were made in the lists before uploading them on the SSC’s website on June 20, 2019, about a month after the panels for group C and group D had expired.

This is when names of a number of candidates that did not even feature in the waitlist or were low in rank made it to the list or jumped ranks – a fact that some successful candidates discovered over the next few months.

The third phase happened between November 2019 and early 2020, after the state education department formed a five-member committee on November 1, to be convened by the SSC’s advisor Santi Prasad Sinha, “for the purpose of supervision and monitoring of (the) pending recruitment process” conducted by the SSC. The committee would “supervise and guide the Commission (SSC) for smooth functioning of (the) Commission in respect of pending selection with immediate effect.”

The very constitution of the committee was later dubbed illegal by the high court.

First, the judge asked why the SSC, a statutory body specialised in the process of selection for recruitment, would need an advisor or advisory committee to do what it has always been doing.

And second, the committee was constituted when the panels had already expired, and were therefore ineligible for recommendation.

It came out in the single judge’s inquiry that the November 1 notice was issued with the approval of the then education minister, Partha Chatterjee, who is now the state’s industry minister. The officer-on-special duty (OSD) and private secretary to the education minister – both of whom reported directly to Chatterjee – were members of the committee. Santi Prasad Sinha, the SSC ‘advisor’ who convened it, retired as an associate professor of mathematics at Kolkata’s Jogesh Chandra Chaudhuri Law College in 2012. He was not a part of the SSC until the education department appointed him as an ‘advisor’ in 2018.

While the single bench held this committee to be “at the root of the illegal recommendations,” the Bag committee report echoed it, declaring the committee as “illegal and invalid in the eyes of law.”

“The act of issuance of order dated November 1, 2019…unerringly points out that the Government of West Bengal exercised the power and authority to supervise and monitor the functions of statutory body like Central Commission [SSC] and thereby the Government of West Bengal has acted in excess of jurisdiction conferred on it by law,” reads the Bag committee report quoted in the division bench order.

It is mainly in connection with this notice that Chatterjee is now facing an investigation by the Central Bureau of Investigation, as all the illegal steps have been traced back to the functioning of this committee, its convenor Sinha in particular. 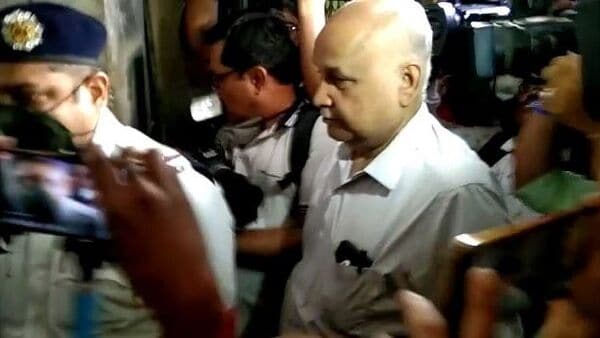 While Sinha and other members of the committee told the court that no meeting of that committee had ever taken place, petitioner Anindita Bera produced before the court documents that showed that there had been at least two or more meetings of the said committee and the notice of the meeting dated November 19, 2019, was signed by Sinha himself.

However, because the whole scam involved a wide network of government officials either engaging in illegal acts or abdicating their responsibilities, the Bag committee recommended, in connection with the ‘Group D’ scam, criminal proceedings against SSC advisor Sinha and programme officer Samarjit Acharya under sections 417 (punishment for cheating), 465 (punishment for forgery), 468 (forgery for purpose of cheating) and 34 (acts done by several persons in furtherance of common intention) of the Indian Penal Code (IPC).

Part I: How the Court Brought Employment Masters to Their Knees

Regarding the scam in ‘Group C’ posts, the Bag committee recommended the same actions against Sinha and Acharya (under sections 417, 465, 468 and 34 of the IPC) and proceedings under section 120B against Sarkar, Saha, Ganguly and Sinha. It also recommended disciplinary actions against six former chairpersons of the central and regional SSC – Subires Bhattacharya, Sharmila Mitra, Chaitali Bhattacharya, Subhajit Chattopadhyay, Mahuya Biswas and Sheikh Sirajuddin.

So exactly how did they execute the scam?

The same pattern was observed in illegal appointments in all three categories.

The Bag committee observed in its report that at the beginning, Subires Bhattacharya, who was the SSC chairperson near the end of 2017 and in early 2018, instructed the programme officer to upload the panel in such a manner that candidates could see only their own score and ranks by entering their roll number and date of birth on the SSC website.

This made it impossible for candidates to know their position vis-a-vis others.

In 2019, after the high court ordered the publication of the list – in all transparency so that every score and rank is visible to everyone – the SSC changed the rank of the candidates in the panel before uploading the panel in the website on June 20, 2019. In doing so, it violated the direction of the high court to upload the full existing panels which were published in November 2017.

This change of ranking was done in a curious way, the Bag committee found out.

Unsuccessful candidates who were to be given appointments made some applications under the RTI Act, based on which their OMR (optical mark recognition) sheets or answer sheets were re-evaluated, marks increased and ranks upgraded. This exercise happened on May 14, June 18 and June 20, 2019 – soon after the high court asked the SSC to upload the list with all details. 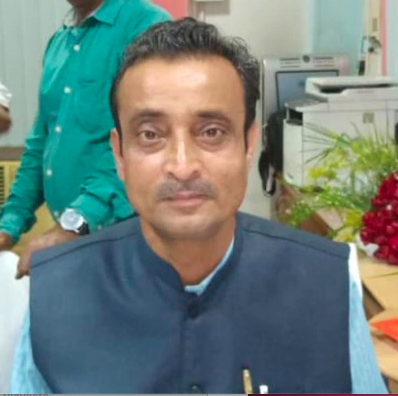 The entire process of using the RTI application to re-evaluate OMR sheets has been dubbed illegal.

After making these changes came the question of issuing recommendations from the SSC and the subsequent appointment letters from the WBSEB. This also had to be made illegally because the panels had expired in May.

The vacancies (against which memo numbers are issued) in regions were collected partly by Sarkar and partly by Sinha.

These recommendations were prepared under the instruction of Sinha, who preferred giving his orders orally than in writing. However, since the government had mandated Sinha’s supervisory role via an order, SSC officials followed what he instructed, the court was told.

Part II: How a ‘Focused’ Judge Exposed the Racket

In connection with two cases it was found that the SSC chairman, Sarkar, was on leave when the recommendation was issued using his scanned signature. However, the court found that he was involved in some other cases.

The committee found that of the 609 illegal appointments in ‘Group D’, names of 318 candidates did not even feature in the waitlist, while for another 178 candidates, appointment was given under one region using a scanned signature of the chairperson of another region.

The Bag committee’s report detailed how Sinha handed over a bunch of hard copies and soft copies of these false recommendation letters to Ganguly, the then president of WBSEB, at the latter’s chamber, and how Ganguly gave instructions to Rajesh Layek, technical officer of the WBSEB, “bypassing the normal chain of hierarchy and the procedure of making entries of those recommendation letters in the Receiving Register maintained by Dhruba Chakraborty, P.A. to the President (Ganguly).”

It is from these facts that the court came to the understanding that those who got illegal recommendation and appointment letters were not victims but party to the scam – having taken part in it with full knowledge of the illegalities – and therefore deserved no protection.

As unearthing the money trail is part of the CBI’s mandate, according to Justice Gangopadhyay’s order, those who bagged jobs illegally will likely have to face the CBI’s questioning eventually.

This is the concluding part of the three-part series on the SSC scam. Read how the single-judge bench carried out its focused investigation here and the story of the order that set the ball rolling here.