Police said a total of 33 people were detained for trying to enforce the shutdown in different districts of the region. 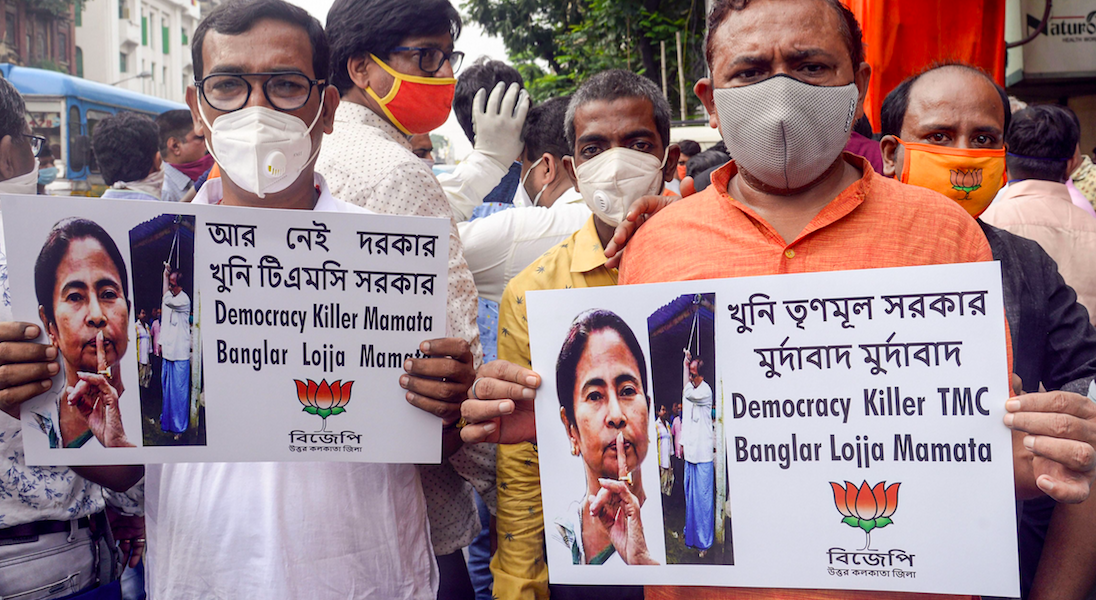 New Delhi: Shops in most places in north Bengal remained closed and public transport was partially affected during the 12-hour bandh called by the BJP in the region on Tuesday over the death of party MLA Debendra Nath Roy.

The MLA from Hemtabad was found dead under mysterious circumstances near his home in Uttar Dinajpur district on Monday.

His body was found hanging from the ceiling of a verandah outside a shuttered shop near his home in Bindal village in the Hemtabad area of the district, as The Wire has reported.

The BJP has demanded a CBI probe into the Roy’s death, alleging that he was murdered. The state government said that the post mortem report indicates that it was a case of suicide.

At Raiganj, Union Minister Debasree Chowdhury and BJP MPs Jayanta Roy, Sukanta Majumdar and Nisith Pramanick paid public tributes to Roy, who joined the party from the CPI(M) in 2019 after the Lok Sabha election.

Road blockades, picketing and clashes between bandh supporters and police were reported from various places in north Bengal during the shutdown, which was underway from 6 am to 6 pm.

Police said a total of 33 people were detained for trying to enforce the shutdown in different districts of the region.

Demanding the dismissal of the Trinamool Congress government in West Bengal because of the “political killings” there, a BJP delegation met President Ram Nath Kovind on Tuesday and sought a CBI probe into Roy’s death.

The delegation, which included BJP general secretary Kailash Vijayvargiya, Union minister Babul Supriyo, party MP Raju Bista and nominated Rajya Sabha member Swapan Dasgupta among others, told President Kovind that Ray’s “murder” is another one in the long series of “political killings” in the state.

BJP has also led a pitched social media campaign featuring a video of the discovery of Roy’s body, circulated by the party through its Bengal Twitter account and through those of its top brass.