The All Nishi Youth Association has accused Pema Khandu and his family of siphoning off funds worth crores from government schemes. 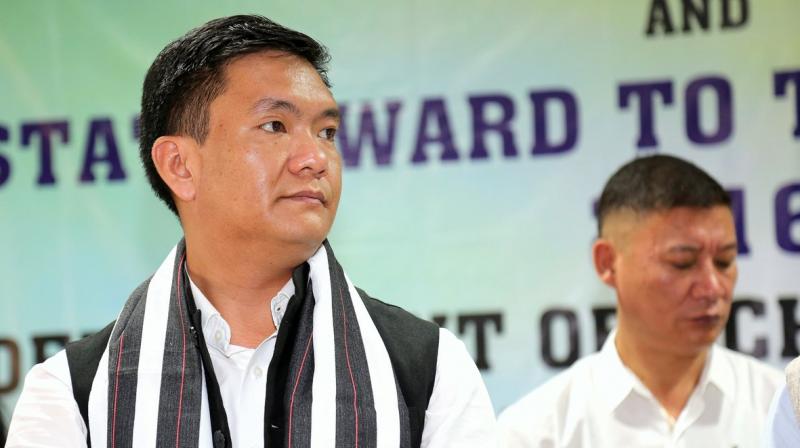 New Delhi: Everyday life in Arunachal Pradesh’s capital city Itanagar has come to a standstill since January 13, in response to a 36-hour bandh called by the All Nishi Youth Association (ANYA) demanding the resignation of state chief minister Pema Khandu. The powerful student body has accused the Bharatiya Janata Party leader and his family of siphoning off funds worth crores from government schemes.

State minister and government spokesperson Bamang Felix had, however, termed the allegations as “vague and baseless”.

The Itanagar Capital Complex district magistrate Talo Potom, in response to the bandh call, had shut down internet connectivity in the city for 48 hours starting January 12 till 5 pm on January 14. Potom has called the bandh ‘illegal’ and had urged the student body members to call it off.

As per a report in the Arunachal Times, as many as 36 protesters were detained by the local administration till January 13. Twenty-nine of them have been sent to jail for 12 days. Two persons have been released.

The news report, quoting police, said while no major incidents have been reported so far, the capital region “was totally shut, except for the hospitals and a few pharmacies. Vehicles were off the road, barring a few private vehicles, and shops and government institutions remained closed.”

On December 10, ANYA had submitted a memorandum to the BJP government seeking a clarification on allegations of misappropriation of funds in government schemes including those on hydro power by the chief minister and his family within 15 days. It told local reporters that it would otherwise start a ‘democratic movement’ demanding Khandu’s resignation.

Prior to this, the state’s regional political entity, the People’s Party of Arunachal (PPA), had also held a press meet in Itanagar, making similar allegations against the chief minister and his relatives. On October 16, PPA general secretary Kaling Jerang told reporters that the “growing number of legal notices being served to the state government regarding crucial issues like misappropriation of Panchayati Raj, CAMPA (Compensatory Afforestation Fund Management and Planning Authority) and Covid-19 funds need a systematic judicial inquiry.”

Since the state government didn’t respond to the ANYA’s memorandum, the student body demanded Khandu’s resignation within seven days on December 30. On January 10, ANYA president Byabang Joram told press persons that it had no option but to call for the bandh demanding his resignation. Joram had also stated then that the student organisation would call off the bandh if the state government offered a clarification on the matter.