The Nagpur resident who tweeted the slurs is followed on the social media site by Prime Minister Narendra Modi.

Among the phrases used by Twitter user Sameet Thakkar was “penguin beta” and “baby penguin” – slurs he reportedly intended for the Shiv Sena scion. The latter has now ballooned into a trending phrase on the social media site.

The objectionable tweets were posted over three days in June and July (June 1, June 30 and July 1), reported Hindustan Times, but it was not until July 13 that Shiv Sena legal consultant filed a complaint against Thakkar with VP Road police station. 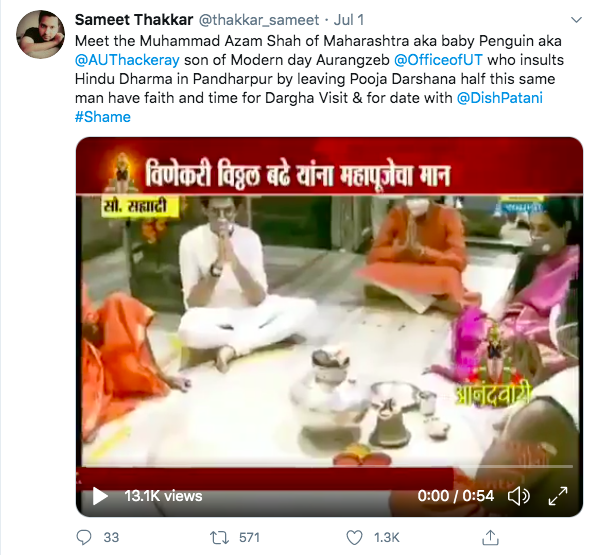 Thakkar has been booked under sections 292 (obscene acts or words in public), 500 (defamation) of the Indian Penal Code and Section 67 (publishing or transmitting obscene material in electronic form) of the Information Technology Act.

Another woman, according to the HT report, had also complained to police that the posts were vulgar.

Thakkar (@thakkar_sameet) has nearly 44,000 followers on Twitter. Among them is Prime Minister Narendra Modi.

Ever since ‘baby penguin’ began trending on Twitter, Thakkar has doubled down on his initial tweets and has tweeted several times with the same hashtag. He has also retweeted tweets in support of him and some news reports describing the registration of the case. 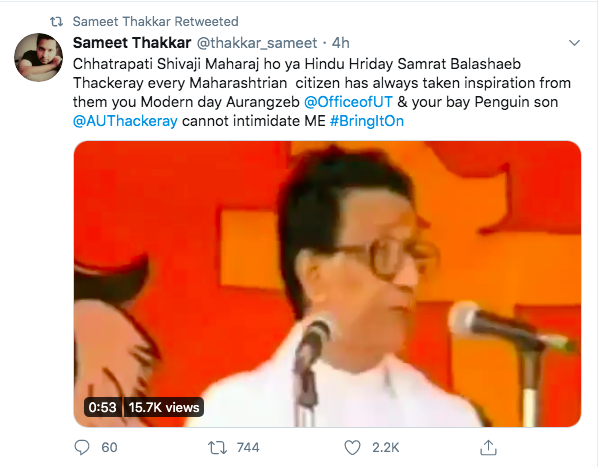 The “penguin” slur for Thackeray is one that has been in circulation since he engineered a move of eight Humboldt penguins in 2016 to the Byculla Zoo from Seoul. The exercise cost Rs 45 crore.

In the same summer, one of the penguins died, which led to pitched protests. However, the other seven have been doing fine and according to a 2019 report, seem to have raked in a fortune for the zoo.