A committee working under the ministry has written to a Nobel laureate, academics and governments countering their criticisms of homeopathy.

A committee working under the ministry has written to a Nobel laureate, academics and governments countering their criticisms of homeopathy.

The AYUSH ministry has set up a high-level committee at the Central Council for Research in Homeopathy to “deal with issues related to false propaganda against homeopathy” as well as “other related issues.” Credit: Pixabay

New Delhi: The AYUSH ministry is not taking kindly to jibes made about homeopathy, to the extent that it has set up a high-level committee at the Central Council for Research in Homeopathy (CCRH) to “deal with issues related to false propaganda against homeopathy” as well as “other related issues.” This information came from a written reply given by Shripad Yesso Naik, minister of state (independent charge) for the AYUSH ministry.

They have already written to Nobel laureate Venkatraman Ramakrishnan, who said last year that homeopathy and astrology were “bogus”. “No one in chemistry believes in homeopathy. It works because of placebo effect,” he said. CCRH wrote a rebuttal to him.

Dr R.K. Manchanda, director general of CCRH, says, “The propaganda is coming from the West and it is picked up by newspapers here. They present homeopathy in a disproportionate and negative light, and it creates confusion among Indians.” He says that unlike the Indian government, the West is not investing anything to understand homeopathy and is only criticising it. “Big pharma companies in the West want a monopolistic market, unlike the Indian approach which is pluralistic. So just because our molecules don’t match the West’s parameters for research, they are spreading propaganda,” he says.

With origins in Germany, in the 18th century, homeopathy is an officially-recognised system of medicine under the AYUSH ministry, along with Ayurveda, yoga, Unani and Siddha. It has also clashed with orthodox medicine since then, as being potentially ineffective, with studies as early as in 1835 disputing its claims.

Besides the letter to Ramakrishnan, CCRH has also been writing letters, rejoinders and counter-editorials to others to combat “false propaganda.” The Australian government is also considering curbs on the sale of homeopathic medicine and invited global comments. The CCRH has written to the Australian government on this. In 2014, researchers wrote in the Cell Press Journal that trials for alternative medicine like homeopathy are like testing if magic works. The CCRH responded to this as well, by writing an editorial in the same journal, says an official from CCRH.

The committee to examine “false propaganda” consists of chairpersons from a scientific advisory committee, from a committee on clinical research and a committee on basic and fundamental research. CCRH is an autonomous body under the AYUSH ministry and conducts research on homeopathy along with the National Institute of Homeopathy.

Homeopathy second only to Ayurveda

“We need to end unnecessary expense to give us a bigger therapeutic bang for the NHS buck, so we cut the fat and build the therapeutic muscle,” said the medical director of NHS England, Sir Bruce Keogh, on their decision to stop prescribing homeopathy.

In India, homeopathy is the second-highest funded as well as used category under AYUSH, by the Indian government and public respectively.

While the budgetary allocation in 2016-2017 for allopathy was Rs 37,061.55 crore, AYUSH received Rs 1,326.20 crore. That’s about 3.58% of what allopathy receives. However government data says that 28% people in India use one of more kind of AYUSH treatments. Ayurveda, Siddha and Unani have the highest usage at 22% while homeopathy, second again, is used by 7.1%.

To prove the effectiveness of homeopathic medicines, CCRH has undertaken 141 new scientific studies and published 38 research papers between 2012 and 2016. Twenty-five studies have been on the use of homeopathy for communicable and non-communicable diseases.

More than 50,000 children are also enrolled in the government’s programme called ‘Homeopathy for Healthy Child.’ One component of the programme promotes healthy teething using homeopathic medicines. The other component targets defects, delays, deficiencies and diseases which are seen in children. Homeopathy has also been integrated in the National Programme for Prevention and Control of Cancer, Diabetes, Cardiovascular Diseases & Stroke (NPCDCS). 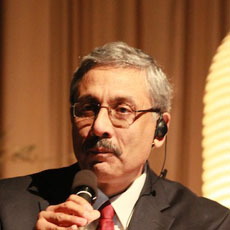 One of the principles of homeopathy is ‘dilution’. Samuel Hahnemann, the German chemist and the father of homeopathy, said that drugs should be given in a dose that produces the slightest symptoms of the disease being treated. For this, he severely diluted his preparations and followed ‘potentisation’, a process of strongly shaking preparations during the process of dilution. A 19th-century physician and poet ridiculed this, saying Hahnemann’s dilution would take “the waters of ten thousand Adriatic seas.”

In 2015, a large Australian study examined over 1,800 papers on homeopathy and concluded that only 225 were rigorous enough to analyse. Their review said there was “no good quality evidence to support the claim that homeopathy is effective in treating health conditions.” A 2003 paper took a critical yet open-minded approach to homeopathy. “There is a lack of conclusive evidence on the effectiveness of homeopathy for most conditions,” it concluded and warned against the substation of homeopathy for proven therapies. However, the authors also said it needs more research, “unobstructed by belief or disbelief in the system” and an opportunity to demonstrate its value with evidence.

This is also the view of the director general of CCRH. “Indian government is investing into research in homeopathy. Whatever clinical experience we have gathered so far needs to be appreciated and utilised, and not unnecessarily defamed,” says Manchanda.

All systems of alternative medicine have a hard time being understood or accepted by Western science and modern medicine, but homeopathy has peculiar features which make it harder. “For Ayurveda and modern medicine, there is a molecular basis in science from which we can make pharmacological explorations. This is not the case with homeopathy, that relies on molecular memory rather than real molecules. This makes it difficult for homeopathy to meet science,” says Dr Ram Manohar, who is working on integrating Ayurveda with allopathy at Amrita University. He says it would be a good idea for the homeopathic community to take the task of demonstrating its usefulness seriously. “If they feel there is false propaganda for something that can improve human life, of course they should defend it. But their defence has to be strong and convincing, or else there will be no dialogue with modern medicine,” he says.