Ahead of Ayodhya Verdict, UP Police to 'Scrutinise' Social Media Posts

This is among the various restrictions that have been imposed to maintain law and order situation in Ayodhya and other areas. 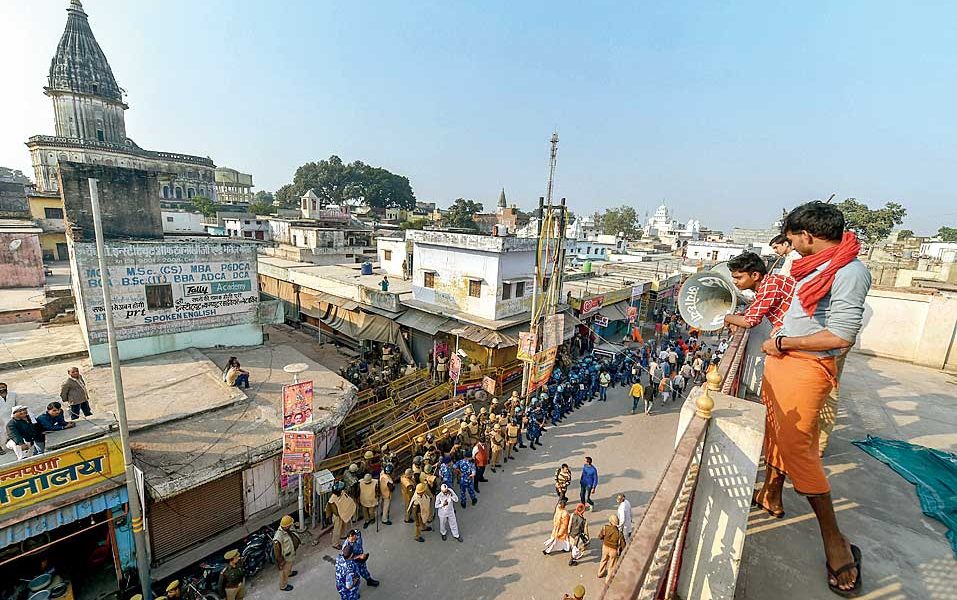 New Delhi: With the Supreme Court’s verdict in the Ayodhya title dispute expected to arrive soon, police in Uttar Pradesh have deployed volunteers to report “objectionable content” on social media, warning that attempts to disrupt law and order may invite being charged under the National Security Act (NSA).

According to reports, UP director general of police (DGP) O.P. Singh said the police will scrutinise social media for objectionable or inflammatory posts. He said police will take action against those who make such posts.

“We are absolutely ready. Under no circumstances, will anybody be allowed to take law in their hands. Our Intelligence machinery is geared up. If needed, the National Security Act will be imposed on elements who attempt to disrupt law and order,” the DGP told the media.

The verdict is expected to be delivered before November 17, when Chief Justice Ranjan Gogoi retires. A five-judge constitution bench led by the CJI reserved its judgement in the Ayodhya land dispute case on October 16 after 40 hearings.

Also Read: Will Ayodhya Finally Get the Peace Its People Deserve?

The police’s directive has also restricted electronic media from conducting debates on Ayodhya and that “all calls made during this period will be recorded and scanned”. The police have banned people from collecting stones or bricks, while the sale of kerosene has also been banned. A blanket ban has also been imposed on any event, rally or cultural programme in Ayodhya.

According to PTI, the Faizabad police have deployed 16,000 volunteers to report objectionable content on social media. The administration has also created several WhatsApp groups for volunteers to pass on information.

A similar number of volunteers have been deployed across 1,600 localities in the district to maintain calm when the verdict is delivered, senior superintendent of police Ashish Tiwari said.

Seven hundred government schools, 50 UP Board-aided schools and 25 CBSE schools have been taken over to accommodate security forces.

The Supreme Court is expected to deliver its verdict before November 17. Photo: PTI

The Ayodhya district administration has also imposed a ban on any event marking a “victory” or “mourning” over the judgment. In a series of restrictions, district magistrate Anuj Kumar Jha on Saturday ordered restrictions on the use of social media, asking people not to “insult” deities or install idols and hold processions.

He also extended till December 28 the prohibitory order issued on October 12, mentioning apprehension of breach of peace ahead of the verdict. The prohibitory order was earlier imposed till December 10. Those violating it would be booked under Section 188 of the Indian Penal Code (disobedience of an order by public servant). The Babri Masjid was demolished on December 6, 1992.

According to the order, all types of gatherings in private and public places that could hamper communal harmony have been banned. The district magistrate also barred “victory celebrations” and “mourning processions”

“No attempt should be allowed to make any insulting remarks on great personalities, deities and gods on any social media platform such as Instagram, Twitter and WhatsApp. Besides, no installation of idols of any deity will take place without permission from the district administration,” the order stated.

It said the restrictions were imposed in view of festivals and other events during this period, including Chhath Puja, Kartik Purnima, Chaudhari Charan Singh’s birth anniversary, Guru Nanak Jayanti, Eid-ul-Milad and Christmas.

The order, which was first made public on October 10, has now been revised with a set of 30 detailed instructions. It has put a complete ban on any event, public programme, procession, rally and wall paintings related to Ram Janmabhoomi.

The order has categorically barred all individuals, except government officers, from carrying licensed weapons, unless permission is sought from the district administration.

“No individual will keep acid or any item that comprises potent explosive substance or chemical formula. Also, no one will carry stones, pebbles, broken glass pieces or even empty bottles,” stated the order.

According to it, there would also be a complete ban on any event, rally, street-corner meeting and cultural programme in the district during this period.

There is a ban on throwing any non-vegetarian leftovers at a public place. “Besides, no sale or consumption of meat, fish and eggs will take place on Kartik Purnima, Chaudahkosi and Panchkosi Parikrama Mela during this period,” the order stated. 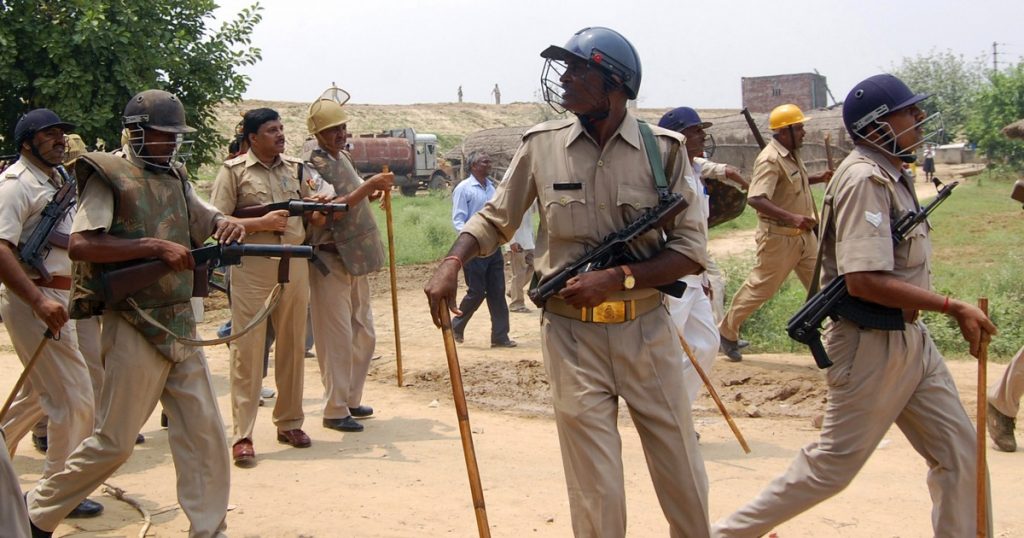 Meanwhile, the BJP on Monday asked party workers and spokespersons to restrain from making emotive and provocative statements on the Ayodhya issue. The Rashtriya Swayamsevak Sangh had issued a similar word of caution to its cadre a few days ago.

At a meeting of the party’s spokespersons, media and social media departments from across the country, the BJP’s central leadership asked them to avoid making unnecessary statements on the Ram temple issue, sources aware of the deliberations told PTI.

Uttar Pradesh chief minister Yogi Adityanath has also asked his ministers and government officials to refrain from making any controversial or coloured remarks on the issue.