Two helicopters are on standby in Uttar Pradesh. 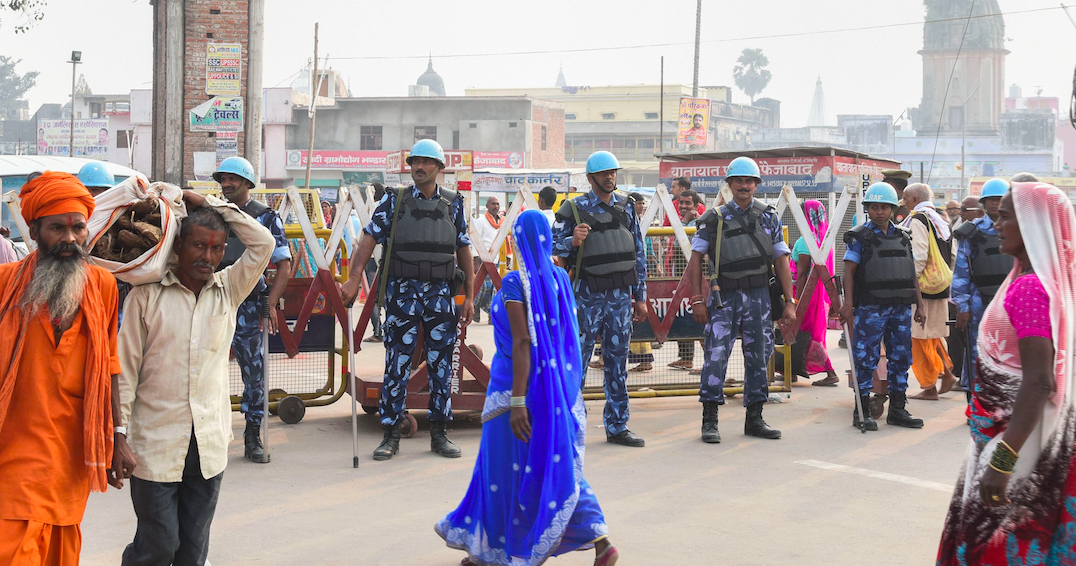 New Delhi: As many as 4,000 personnel of the Central Armed Police Forces have reportedly been sent to Ayodhya to ensure there is no violence or break down of law and order, with the Supreme Court set to deliver its verdict on the Babri Masjid-Ram Janmabhoomi land dispute case next week.

The judgment is expected before Chief Justice of India Ranjan Gogoi retires on November 17. A five-judge constitution bench of the Supreme Court has been hearing the matter.

CJI Gogoi met with Uttar Pradesh Chief Secretary Rajendra Kumar Tiwari and police chief Om Prakash Singh on Friday to discuss law and order ahead of the verdict, reported NDTV. The CJI’s concern with an administrative responsibility has also been criticised by many on social media.

The home ministry has also sent an advisory to all states to ensure that law and order is maintained.

In Uttar Pradesh, the state government is reportedly prepared with a “four-layered security plan.” Some 12,000 police personnel have been deployed across Ayodhya itself.  The town itself has been divided into four security zones which will be taken care of by the Central paramilitary forces or by the police.

PTI has reported that the UP government is going to have two helicopters on standby in Lucknow and Ayodhya to quickly reach any emergency spot. The state government plans on having a control room in Lucknow and have every district of the state monitored. 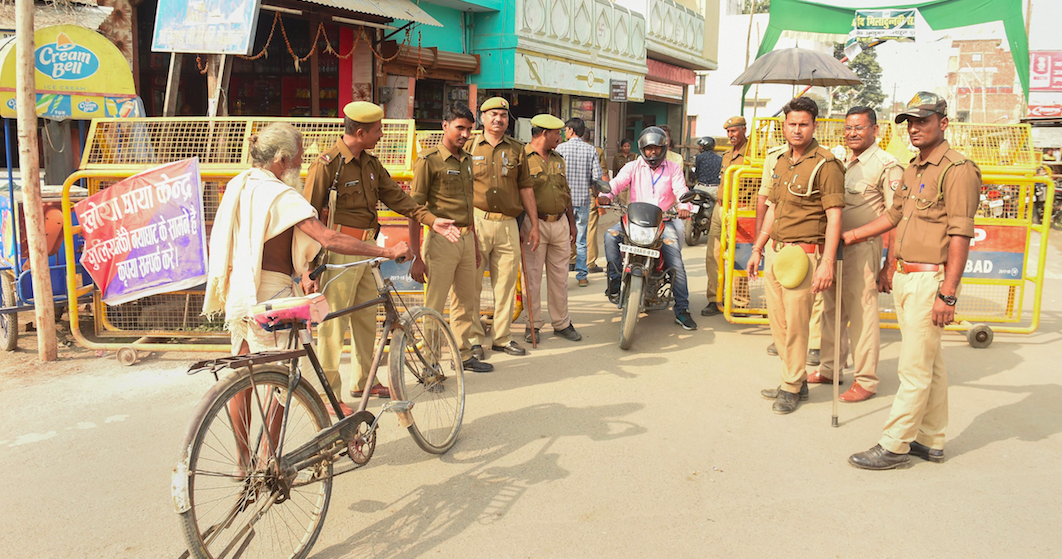 The UP government had earlier also said that they are monitoring social media to see if any inflammatory messages were being posted. The state police have reportedly set up a network with 16,000 volunteers in villages who are tracking their local situations and keeping in touch with the police about any potential violence.

In Mumbai, police commissioner Sanjay Barve asked residents to maintain communal peace and harmony. Mumbai has witnessed several acts of communal violence including riots after the demolition of the Babri Masjid in December 1992.

The state of Goa has issued orders to prohibit the congregation of more than five people. The orders also prohibit people from taking out any procession, carrying firearms or swords and the use of loudspeakers or fire crackers.

Similar prohibitory orders have also been issued in Palghar district of Maharashtra.

In Bihar, Bihar’s deputy chief minister Sushil Modi also appealed to people to stay calm no matter what the verdict. He said: “Whenever the judgment is pronounced, neither side should treat it as a victory or a defeat. It shall not be seen as an occasion to rise up in celebrations or to go in mourning.” He also told party workers to not issue any statements before the verdict.