Aus National Arrested in Mumbai With 1.8 Cr of LSD Had Met with Manipur CM: Report

When contacted, the chief minister’s office (CMO) maintained that it was just an experimental endorsement and that there was no official link with the arrested Borhani’s company, Cannabis Health and Sciences Pvt Ltd (CHS). 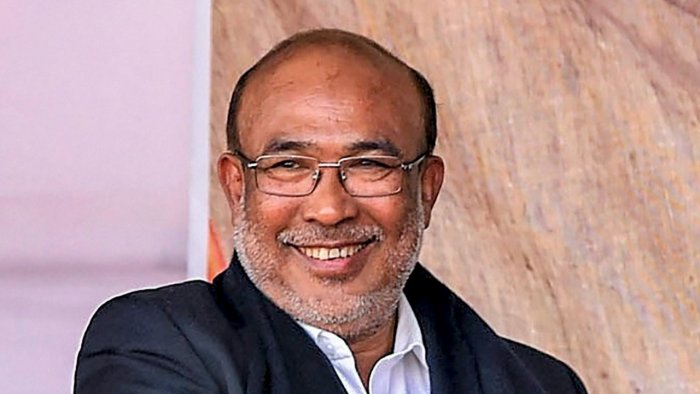 The Australian national, who has been incarcerated in a Narcotic Drubs and Psychotropic Substances (NDPS) Act case, had met Manipur chief minister N. Biren Singh at the latter’s office just two months before his arrest by the Mumbai Police’s Anti-Narcotic Cell, when he was found with Rs 1.8 crore worth of LSD (popularly known as Acid, a psychedelic drug).

Reza Borhani (50) was arrested by the Azad Maidan unit of the Anti-Narcotic Cell near a hotel in suburban Bandra on November 24, 2019. Borhani, who is married to an Assamese woman, Tora Khasgir Borhani, holds a Person of Indian Origin (PIO) card.

Borhani, whose visiting card indicates that he is founder and president of Cannabis Health and Science Pvt Ltd, had visited Imphal in September, 2019 and had had a meeting with Biren Singh at the latter’s office chamber on September 17.

According to highly placed official sources, Borhani had later submitted a petition, dated September 19, 2019, to the chief minister, although addressed to the ‘Hon’ble Horticultural Minister’.

In the petition, Borhani sought a license/permit to hold, transport and use the seeds, flowers and leaves of the Cannabis plant from Manipur for purpose of scientific research and testing in institutions, laboratories and hospitals within Manipur and in the states of Mizoram, Meghalaya, Assam, Karnataka, Orissa, Goa and Maharashtra to his company, Cannabis Health and Sciences Pvt Ltd (CHS).

Endorsing Borhani’s request, the chief minister instructed the Special Secretary (Home) to “allow and issue permits for samples”. Many consider such an endorsement by the chief minister, who had earlier declared a “war on drugs”, as an admission of the failure of his government’s drive against the planting of cannabis.

A brief fact check has revealed that Borhani’s firm is an unlisted private company, incorporated on April 9, 2019. The company, involved in manufacturing chemicals and chemical products based on cannabis, is located in Ulubari in Guwahati, Assam.

Experts have expressed doubts about the power of the Manipur government to issue such a licence/permit for transporting substances in the states of Mizoram, Meghalaya, Assam, Karnataka, Orissa, Goa and Maharashtra in name of ‘research’ by the unlisted company.

In India, cannabis is banned and its possession is deemed to be unlawful as per the NDPS Act, 1985.

In Section 2 (iii) of the Act, cannabis (hemp) is defined as: (a) Charas – a separated resin, in whatever form, whether crude or purified; obtained from the cannabis plant, which also includes the concentrated preparation and resin known as hashish oil or liquid hashish; (b) ganja – the flowering or fruiting tops of the cannabis plant, (excluding the seeds and leaves when not accompanied by the tops), by whatever name they may be known or designated; and (c) any mixture, with or without any natural material, of any of the above forms of cannabis or any drink prepared therefrom.

Though medical and industrial plantations are permitted in a few states like Uttarakhand and Madhya Pradesh, the sale of the products by farmers to a private party directly, is strictly banned.

The Rs 1.8 crore worth of LSD recovered from Borhani also seem belie the ‘research’ intentions he purports to have, indicating an intention to misuse the supposed permit/license to sell illegal substances in the name of research.

When contacted, the chief minister’s office (CMO) maintained that it was just an experimental endorsement and there was no official link with Borhani’s Cannabis Health and Sciences Pvt Ltd (CHS).

“After learning of his arrest, it came to light that the man had vested interests and further dealing, which were yet to be processed, was not done with the concerned department,” said the CMO.

However, the CMO could not categorically deny the fact that Biren Singh had already begun initiating the process to make the cultivation of Ganja a legal practice in Manipur. There have been numerous protests from ‘Meira Paibis’ (literally, women torch bearers) and other CSOs decrying the reported move by the government of Manipur to legalise the cultivation of Ganja in the state.

This is perhaps the first time Biren Singh’s signature has been found on a document linked with implementing the legalisation of Ganja plantations in Manipur.

This article was first published in the Frontier Manipur