In a scathing letter to Maharashtra CM Uddhav Thackeray, the officer’s son – a young IAS aspirant – says that the police has been treating his father and the family badly since he is from the Muslim community. 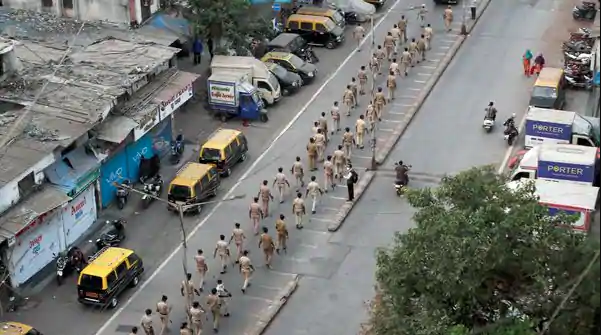 Mumbai: Last week, a 56-year-old police inspector in Aurangabad tested positive for COVID-19. Within days, five more persons from his family also tested positive. Instead of the institutional support he expected – after being on the frontlines of this pandemic and lockdown – for his family and him, he alleges facing discrimination and ill-treatment at the hands of his seniors.

In a scathing letter to Maharashtra chief minister Uddhav Thackeray, the officer’s son – a young IAS aspirant – says that the Aurangabad police department has been shirking its responsibilities and has been treating his father and the family badly since they tested positive. This, he alleges, is because his father belongs to the Muslim community.

In a detailed email sent to the chief minister’s office, which has been accessed by The Wire, the inspector’s son has claimed that his father, a 56-year-old man, was forced to continue on duty even when the state government decided to not send any official above 50 years of age to the field. The inspector, despite his health complications, like hypertension and obesity, was given morning patrolling duty on a daily basis.

In the letter sent to the CM’s office on May 8, the officer’s son states that since his test report had come a day before his father’s, the department had tried to blame him for infecting other members in the family. The son, who is preparing for civil services exams in Delhi, had travelled back on March 20.

While in the call recording attached with the CM’s letter, the police inspector can be heard explaining to DCP Meena Makwana that his son had returned over a month and a half before they fell sick, the department has still issued a press release on May 7 and accused the son as being the carrier of the virus.

The officer’s son, in the letter, says that the blame was unfounded and was primarily made to shirk off the responsibilities of taking care of those getting infected while on duty. “They are avoiding accountability. They have literally ‘gifted’ the virus to my father and the entire family,” the officer’s son says in his letter.

The officer and his son have been moved to one private Dhoot hospital in Aurangabad. But four other members, including the officer’s wife and his daughter, have been hospitalised at a civil hospital. The officer’s son has alleged that the quarantine facilities run by the civic body is ill-equipped and has also exposed his sister to unwarranted male attention from others lodged with her at the quarantine centre.

The letter says that the basic hygiene and toilet facilities at these centres are in shambles and women patients have to share toilets with the men. He also alleges that his sister was harassed at the quarantine centre located at Padampura in Aurangabad.

The officer, in several calls made to his seniors, is heard pleading that his family be immediately moved to Dhoot hospital as the facility there is better.

DCP Makhwana, when contacted by The Wire, said that the private hospital had made only a few beds available for the police department and that several officers from the State Reserve Police Force (SRPF) and Anti-Terrorism Squad (ATS) have been moved here.

“His entire family has been infected. How can we move them all here?” she asked. When asked what the police department plans to do when their front-line officers get infected and subsequently their families get infected by the virus, Makwana claimed that the said officer is not a frontline officer. “He has been on a control room duty,” she said. However, later, she added that the officer had also been assigned morning duty.

In one call, the officer is heard telling Makwana that in the morning hours, there was chaos on the street and that he had come in close contact with people and that he was afraid that he would have got infected while on duty.

Requesting that the media should show the department in a “positive light”, Makwana further added that her department is doing everything that needs to be done in the case. However, the local Marathi press has reported that the department is contemplating criminal action against the officer and his son for complaining to the chief minister.