While the Mann government has made a series of populist decisions, many believe that law and order in Punjab needs to be prioritised instead of reducing local resources to settle political scores. 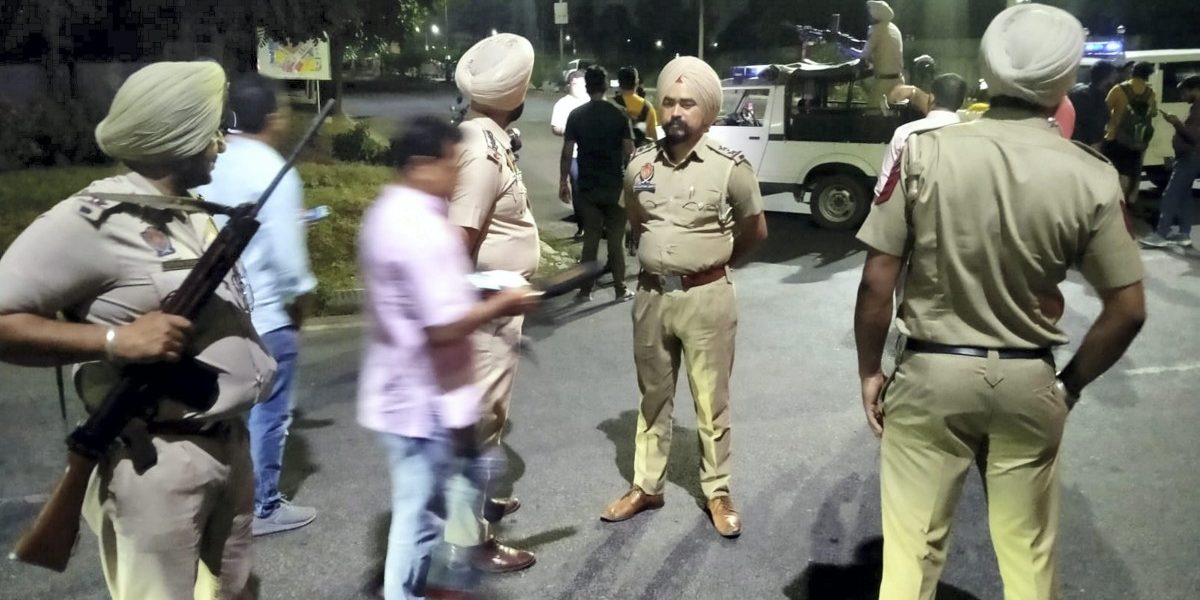 Police cordon off the area after a blast outside the Punjab Polices intelligence department office in Mohali, Monday, May 9, 2022. Photo: PTI

Chandigarh: The 50-day-old Bhagwant Mann-led Aam Aadmi Party government in Punjab appears to be neck deep in law and order issues, with a new incident being reported every passing day.

Only days after violent clashes in Patiala, a suspected grenade attack on the evening of Monday, May 10, at police intelligence headquarters in Mohali, not far from the high security zone of Punjab capital Chandigarh, comes as a rude shock for the Mann government.

Window panes of one of the floors of the building were shattered, although no human loss was reported.

While police have sounded an alert in the whole state, the optics are unforgiving. The incident comes at a time when Mohali police was busy tackling the Tajinderpal Singh Bagga misadventure. The police had failed to arrest the Delhi Bharatiya Janata Party spokesman last week – on charges of making allegedly offensive remarks against AAP supremo Arvind Kejriwal – due to intervention of their counterparts in Delhi and Haryana.

This triggered the state’s opposition into unifying against the Mann government for allegedly misusing Punjab police to please his bosses in Delhi at the cost of ignoring pressing law and order issues, believed to have engulfed the new government since its inception on March 16.

Days into the new government taking charge, there were targeted killings of Kabaddi players, which the police claimed was the  handiwork of gangsters. This was followed by the violent takeover of truck unions in Punjab in which leaders associated with the new government were prominently involved.

Then the clash between a Hindu right-wing outfit Shiv Sena (Bal Thackeray) and pro-Khalistani groups outside the Kali Mata Mandir in Patiala was another blot on the new government. 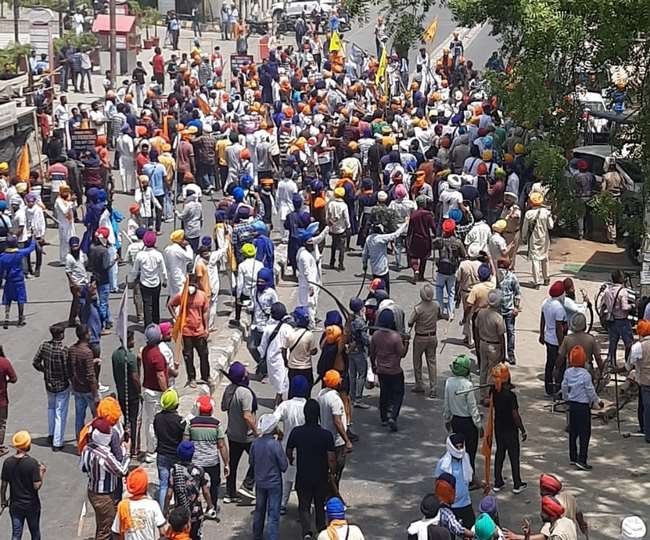 Adding to the series of episodes, an explosion, suspected to have been caused by a rocket-propelled grenade (RPG), has added to the worries of the new government as AAP looks to make its presence felt politically – including in poll-bound Gujarat and Himachal Pradesh.

“RPG is a shoulder mounted anti-tank weapon. The remains found at the attack site had words written in Chinese,” police told the reporters.

While police has not clearly said so, it has been investigating the Mohali matter as an act of terror. It comes close to the heels of  Pakistan-based terror group Jaish-e-Mohammad’s threat to target VIPs in the state and blow up major installations.

Two bike-borne men were arrested on May 8 with an improvised explosive device or IED packed with 1.5 kilograms of the explosive RDX at Tarn Taran’s Naushehra Pannuan village.

Sources said that central agencies have been in touch with the authorities of the border state.

It is noteworthy that Punjab, for over two decades, had been plunged in terror.

While the Mann government has made a series of populist decisions in order to fulfil its pre-poll announcements, many in Punjab believe that law and order need to be handled cautiously in the state instead of reducing local resources to settle political scores against rivals.

Before the Bagga episode, police had also filed criminal cases against Kejriwal’s friends-turned-foes Kumar Vishwas and Alka Lamba for bad-mouthing the party boss.

Opposition take up the cudgels

CM Mann in his tweet said in Punjabi, “Mohali police is conducting an inquiry into the incident. Whosoever is trying to spoil peace, would not be spared.”

Sharing Mann’s tweet, Arvind Kejriwal also issued a statement on Twitter, saying that the Mohali blast is a “cowardly act” of those who want to disturb the peace of Punjab.

“The AAP government will not allow those people’s wishes to be fulfilled. Peace will be maintained under all circumstances with the cooperation of all the people of Punjab and the culprits will be punished severely,” Kejriwal said.

Much before Mann or Kejriwal responded, opposition politicians were up in arms on the issue.

Shiromani Akali Dal president Sukhbir Singh Badal in a tweet stated that he was deeply shocked at the blast.

Shocked to hear about the blast at the @PunjabPoliceInd Intelligence headquarter in Mohali. Thankfully nobody was hurt.

This brazen attack on our police force is deeply concerning and I urge CM @BhagwantMann to ensure perpetrators are brought to justice at the earliest.

Calling it a “serious security breach,” BJP leader from Delhi Manjinder Singh Sirsa took a potshot at the Mann government, saying that it took place just a week after Patiala’s clash.

Tragic news! Just a week after Patiala’s clash; now a blast outside Intelligence Bureau, Mohali
Punjab Police instead of chasing Bagga should focus on state’s security. Punjab is a border state & Kejriwal shouldn’t experiment with its peace

Disturbing news of a blast at the @PunjabPoliceInd intelligence bureau building in Mohali.

Praying for everyone's safety and well-being.

On the other hand, former home minister of Punjab, Sukhjinder Singh Randhawa, in a Twitter statement called the bomb blast in Mohali with a “sign of deep communalism”. He urged the Mann government to investigate and take stern action against those who are intent on disturbing peace.

The bomb blast in Mohali is a sign of deep communalism. I strongly condemn this incident and urge the @PunjabGovtIndia to investigate and take stern action against those who are intent on disturbing the peace of Punjab.

Surprisingly, former Punjab Congress chief Navjot Singh Sidhu, who had a 50-minute meeting with Mann on Monday evening after which he lauded him for being receptive, has been silent on this matter.

Congress MLA Sukhpal Khaira, on the other hand, blamed Kejriwal for the law and order problem in Punjab.

“I think Arvind Kejriwal should take responsibility for the utter failure on the law and order front like the Mohali blast last night, as Bhagwant Mann is not in the driving seat. Such things happen when you misuse police for personal ends, like a private militia, instead of for law and order,” he said.

Reacting to the development, AAP Punjab spokesperson Malvinder Singh Kang said in a statement said that the blast in Mohali is unfortunate, however the situation is under control.

“Politically spent forces, which have an evil eye on Punjab, will not be allowed to unfold their dirty tricks to achieve their ambitions. Even since the noose around drug cartels, gangsters, mafias have been tightened, they are feeling jittery. Punjab will fight back and defeat them,” said Kang.

“An uneasiness of anti-Punjab forces is understandable,” he said, hinting at a larger conspiracy against the AAP government in Punjab.