Ignore Rural Anger at Your Own Peril

The Gujarat election results are a wake-up call for the key political parties, as they gear up to draw strategies for the ensuing elections to three states. 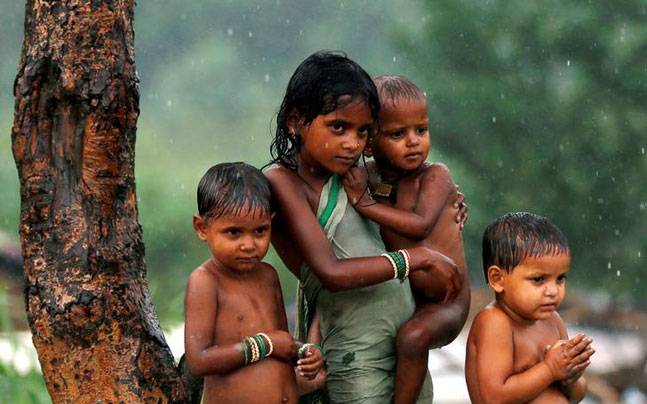 Whether a state is ruled by one national party or the other, both are no better in tackling poverty and hunger as far as the poorest of poor population in rural areas is concerned. Credit: Reuters

The years 2018 and 2019 are going to be hectic with elections scheduled for some state assemblies and to  parliament. The issues that confront the citizens are many, ranging from financial to livelihood, farm operations to health and education to rural development. The performance of the governments, central and state, on overall governance will be put to rigorous test. The recently concluded assembly elections in Gujarat and Himachal Pradesh added new dimensions to the electoral fight with political parties projecting the problems being faced by the electorate. The lessons to be learnt are many from the results, which reflected the mood of the people across the two states. The much acclaimed development plank in Gujarat has started crumbling, exemplified by the decline in the number of votes, notwithstanding the vote shares. What caused the voters to opt either for the opposition party or to prefer NOTA that embarrassed the incumbent BJP government?

An analysis of the hunger index and malnutrition indicators in Gujarat clearly shows that the rural areas of Kutch, Saurashtra, Panchmahal and the tribal areas between Surat and Nandurba (Maharashtra) have the highest incidence of hunger and malnutrition. These are the areas where the ruling party had poor votes. Our analysis was based on authentic data on children with low birth weight, height, anaemia and women exposed to anaemic condition. This means that these people were not getting nutritious food to the desired extent, which was reflected in the high hunger index.

The implication of this is that development benefits did not reach the target group, mainly the poor and the downtrodden. It was either policy deficit, planning lacuna and/or implementation problems that resulted in such high incidence of malnutrition in an otherwise developed state with high agriculture growth. This factor definitely reflected on the genuine anger of voters in sensitive areas, who either shifted their loyalty to other political parties or even abstained from voting. The high ‘NOTA’ cases may be traced to this one major cause which the state administration can no longer ignore. The fact remains that political parties in the state seldom discussed these issues, either due to ignorance or insensitivity, or both. 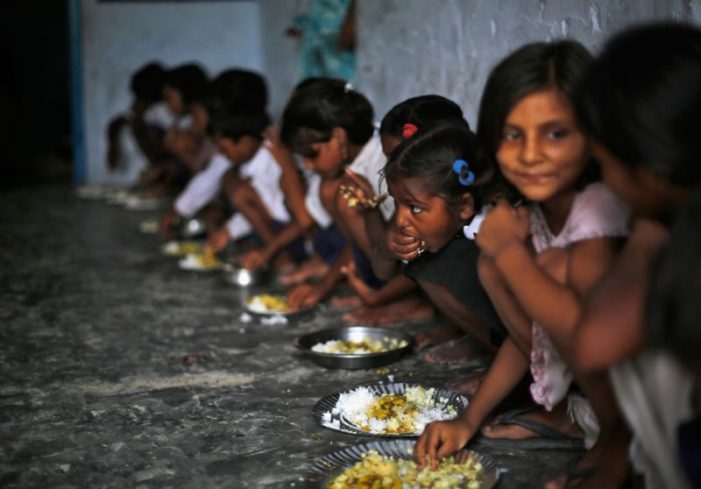 Whether the anger of the poor and hungry will get translated into votes in the ensuing elections in these three states needs to be seen.  Credit: Reuters

Keeping in view this scenario, one major issue of health insecurity, based on internationally-accepted parameters of malnutrition (The India Health Report on Nutrition 2015 and Transform Nutrition lead by the International Food Policy Research Institute (Washington and New Delhi) for 29 Indian states were critically examined) here is how the three key states of Karnataka, Madhya Pradesh and Rajasthan have performed so far. The proportion of children below five years in Karnataka with stunting (low height), low birth weight and anaemia was recorded at 34.2%, 17.2% and 75.9%, respectively, which placed these three states in the ranks of 13, 15 and 22, respectively, out of 29 states analysed. Converted to absolute value, several lakhs of children and women would be adversely affected. Madhya Pradesh is no better with the proportion of children with stunting, low birth weight and anaemia is as high as 41.5%, 23.1% and 74.1%, respectively, placed in the position of 20, 25 and 21. Again, 56.8% women are anaemic, though in rank 14. The children of Rajasthan also face malnutrition to the extent of 36.4%, 23.2% and 69.7% for the three parameters ranking 16, 28 and 13; anaemic women are 53.1%, and the state ranks in the ten position.  Health security is dismally poor in these three states, as obviously nutritious food is not accessible to the poor and hungry children and women. As in Gujarat, these poor people might hail from interior rural, tribal and slum areas and are not easily noticed by the authorities, underlining the failure of the delivery of service in both the food and health sectors in these states.

Whether the anger of the poor and hungry will get translated into votes in the ensuing elections in these three states needs to be seen. The trend has already set in Gujarat where the anger with hunger was expressed in no uncertain terms in the affected districts where the voters either voted out the incumbent government or stayed at home or opted for NOTA.

So, the lessons to be learnt from Gujarat are clear for the political parties, ruling or opposition. Whether a state is ruled by one national party or the other, both are no better in tackling poverty and hunger as far as the poorest of poor population in rural areas is concerned. True, children do not have votes, but their parents do. If ten lakh children are deprived of nutritious food, then 20 lakh parents are depressed, and would have probably decided whom to believe in and vote for and not get carried away by promises. Key political parties in these states would be devising strategies to woo rural votes, but no amount of promises will work if stomachs are empty. A vast section of people living in poverty in rural interiors will no longer have ears for political discourses. So, this is a clarion call to the political parties as well as to voters – both need to be aware of the impending troubles ahead.

V. Rajagopal is the Founder President of the Society for Hunger Elimination, Tirupati, AP India.