While all adults are eligible to be vaccinated from today, it is unclear if the state has the stocks to facilitate this expansion. 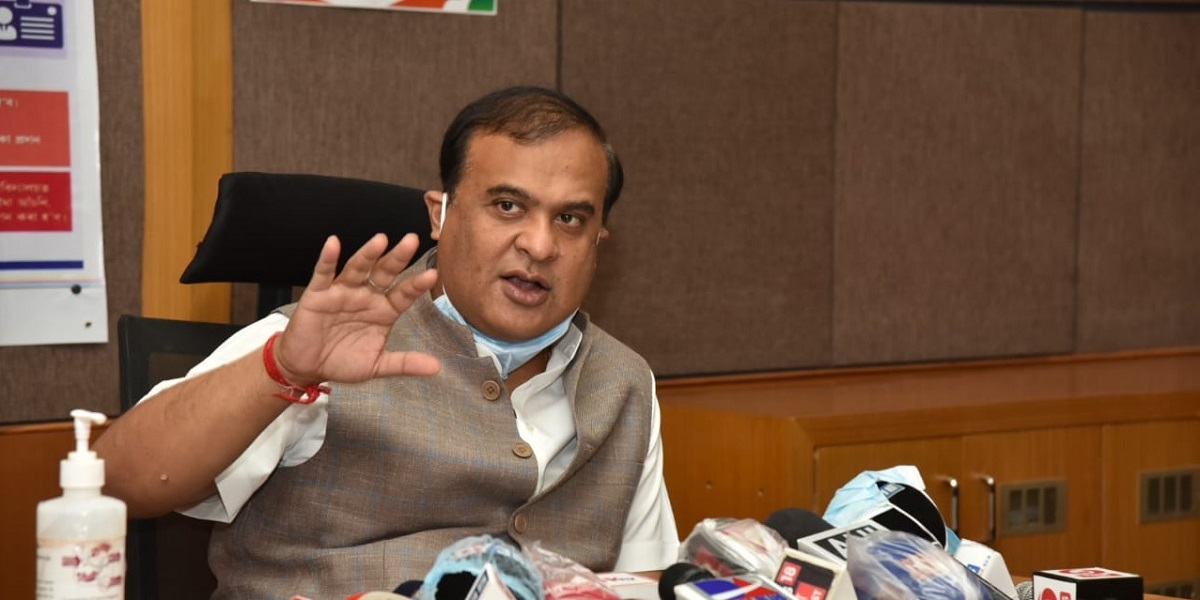 Guwahati: Assam’s health minister Himanta Biswa Sarma said on the morning of April 30 that the expansion of the COVID-19 vaccination programme to allow people between the ages of 18 and 45 years will not begin on May 1. Sarma also said that the two vaccine manufacturers in the country had not sent doses to Assam nor any other state.

This was in total contradiction to what Sarma said a few hours later, at the commissioning of an oxygen unit at a state-run hospital in the city. Speaking to a group of reporters at the Mahendra Mohan Choudhury Hospital (MMCH) in Guwahati, Sarma said that since the Central government is in talks with the vaccine manufacturers and Assa could receive some ‘instructions’.

“By today evening (April 30) there may be or could be some instructions from the Central government. This is what I feel. Since the Central government is in talks with the vaccine manufacturers, they will allocate vaccines on the basis of the [requirement of the] states and [later] we have to purchase it,” he said.

I visited the new Oxygen production unit of Luit Aero Products at Silapathar in #Dhemaji, with which we signed an MoU recently. The plant has a production capacity of 3.9 MT/day. Visited the plant to encourage management to do maximum production.

Confusion has been prevailing among the 18-45 demographic as lakhs of people within this age bracket have already registered themselves on the Co-WIN website. On Friday, several people who were looking to book an appointment saw the following message on the portal’s dashboard: ‘No Vaccine Centre is Available for Booking’.

Sarma further told the group of reporters, “For those above the age of 45 years, according to my last night’s tweet, there were around 92000 vaccine doses administered and by late evening it touched 99000. In Assam, we are able to touch the one lakh mark and we have seven lakh vaccines. We have ordered around one crore vaccines from the Serum Institute of India and another one crore from Bharat Biotech.”

Prior to Friday’s development, Sarma had maintained that there was no shortage of vaccines, oxygen or medicines used to treat COVID-19.

After commissioning of the oxygen unit at MMCH Sarma tweeted that the Centre was facilitating the state in procuring five lakh doses of vaccines for May.

“Our gratitude to Hon’ble PM Sri @narendramodi Ji Assam gets 5 lakh + #COVID19Vaccine by GOI (371480 Covishield; 128830 Covaxin) for 18+ people. We are procuring it immediately through funds of Assam Arogya Nidhi. Our vaccination will be FREE FOR all citizens.”

But for some within the 18-45 age group, it was evident from the start that there would be confusion over the administration of vaccine doses.

“I had an apprehension that either there would be no vaccines or no booking slots. This came true on Friday. With so much panic everywhere, I had hope that by taking the jab, there would be some sense of security. But it is uncertain for now. The health minister is not sure of what he says. This constant flipflop on his part is detrimental to our safety,” said a city-based lawyer.

Assam has so far administered 24,84,613 doses of COVID-19 vaccine candidates. Of these, 19.5 lakh are first doses while 5.3 lakh are second doses, according to the Union health ministry.

On the eve of the national expansion of the COVID-19 vaccination programme, around 20 members of the state chapter of the Students’ Federation of India (SFI), the students’ wing of the Communist Party of India (Marxist), protested against the Union government’s decision not to make the mass vaccination programme free of cost.

Members of the SFI gathered by the side of the Gauhati Club point, a major arterial road, carrying placards demanding free universal vaccination. A statement issued by the SFI stated, “However, the vaccine policy announced by the Central Government is reflective of the complete surrender of the government to the interests of private monopolies and big business. The allowance to private companies to sell 50% of the vaccine produced at manufacturer-determined prices to state governments is ill-conceived in tackling the crisis and leading to disastrous consequences. Firstly, the GoI has withdrawn itself from any commitment to ensure vaccines to States. The creation of a vaccine shortage over the last four months will lead to manufacturers extort higher prices for the vaccine from the state governments.”