People having passes and engaged in essential services will be allowed to enter the national capital. 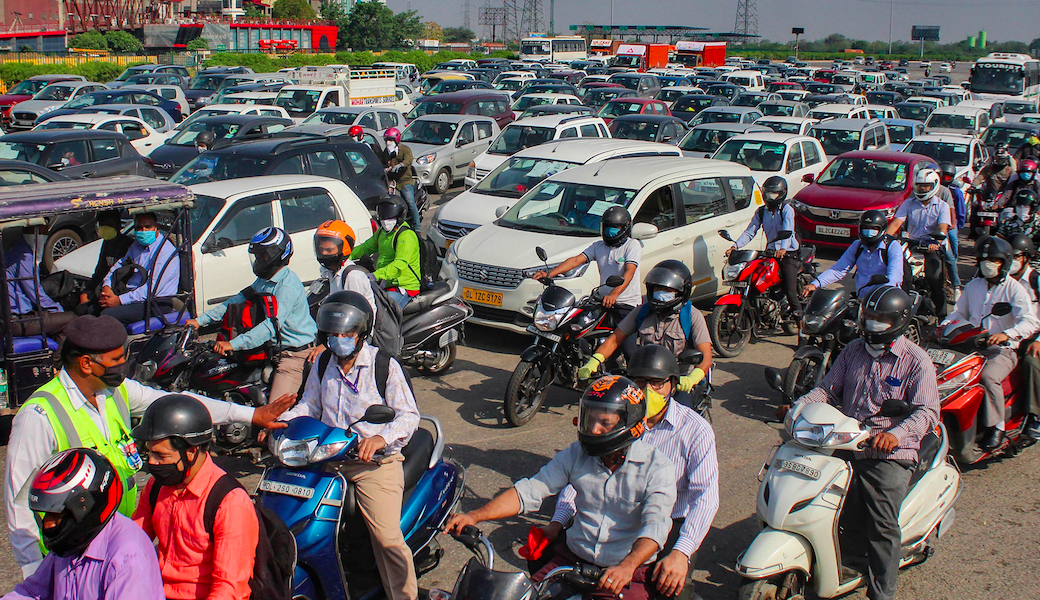 New Delhi: The Delhi government on Monday, June 1, sealed its borders for a week to stem the increase in COVID-19 cases and prevent patients from outside the city from availing themselves of free treatment in its hospitals.

The government also removed the restrictions on the number of passengers in private cars, two-wheelers, rickshaws and autorickshaws. It has also allowed barbers and salons to open their establishments as part of the relaxation under the fifth phase of the lockdown.

Delhi chief minister Arvind Kejriwal, while making the announcement, said in view of the directions issued by the Centre for further relaxations in the COVID-19 lockdown from June 1, the Delhi government has also decided to allow more activities.

Reading out a statement, Kejriwal said if the borders are opened then people from all over the country would come to Delhi to get themselves treated. “They come because our health services are the best in the country. Also, in the government hospitals in Delhi, everything is free. Even if your treatment costs Rs 10 lakh it is provided for free.”

In such a scenario, he said, as soon as borders are opened people from all over the country would come to get treatment. Then, he said, the 9,500 beds kept for Delhi’s citizens will get occupied within two days. “So what should we do? Should we open the borders or not. Some say the borders should be opened but Delhi’s hospitals should only treat people who reside in Delhi, they should be reserved for them. But Delhi belongs to people from all over the country and it has treated everyone in the past and so how could it refuse now?”

Kejriwal urged people to send in their suggestions on the sealing of borders by 5 pm on Friday. He said these may be sent by WhatsApp on 8800007722 or may be emailed to delhicm.suggestions@gmail.com. He also said the suggestions can also be recorded on 1031. For the time being, he said, the borders are being sealed for a week.

On the basis of suggestions and views of experts, he said, a long-term decision on sealing the borders would be taken next week.

Kejriwal said an app has been readied which would be launched tomorrow and it would provide real-time data on availability of beds.

The Delhi CM said during the past five years of his government, “We have been able to manage the situation because of historic work in the improvement of health infrastructure in Delhi. Despite rising cases, I assure people that if there is a COVID[-19] case in their home, they need not worry because there is a bed available for them.”

Also read: Most COVID-19 Patients in Delhi Reporting No or Mild Symptoms: Kejriwal

Restriction on number of passengers

Kejriwal said apart from the services and trades that were already open, now barbers’ stations and salons will also be allowed to operate. However, spas will continue to remain closed.

He said there were problems being faced with the plying of autorickshaws, e-rickshaws and grameen sewa. The only one person per vehicle rule was proving impossible to follow in case of families with children. “There were complaints that people of one family were being forced to sit separately. It was being said that this was impractical. Since the Centre has also not imposed any restrictions in this regard, Delhi government is also removing such restrictions.”

No odd-even for markets, staggered timing for industries

Kejriwal said the Centre has decided that from 9 pm till 5 am, no one will step out barring those involved in essential services. He said the Delhi government will also enforce that decision.

In the markets, he said, so far the odd-even scheme had been in place, but that too is being removed since the new guidelines from the Centre do not call for this.

Likewise, he said, it was suggested earlier that factories should follow staggered timings. But since these restrictions have been removed by the Centre, in Delhi too he said the norm would not apply any longer.

Note: This updated story has replaced a PTI copy on the same topic.