The home minister's speech in Rajya Sabha, unlike that of his Lok Sabha one, focused on pinning the blame for the riots on opposition. 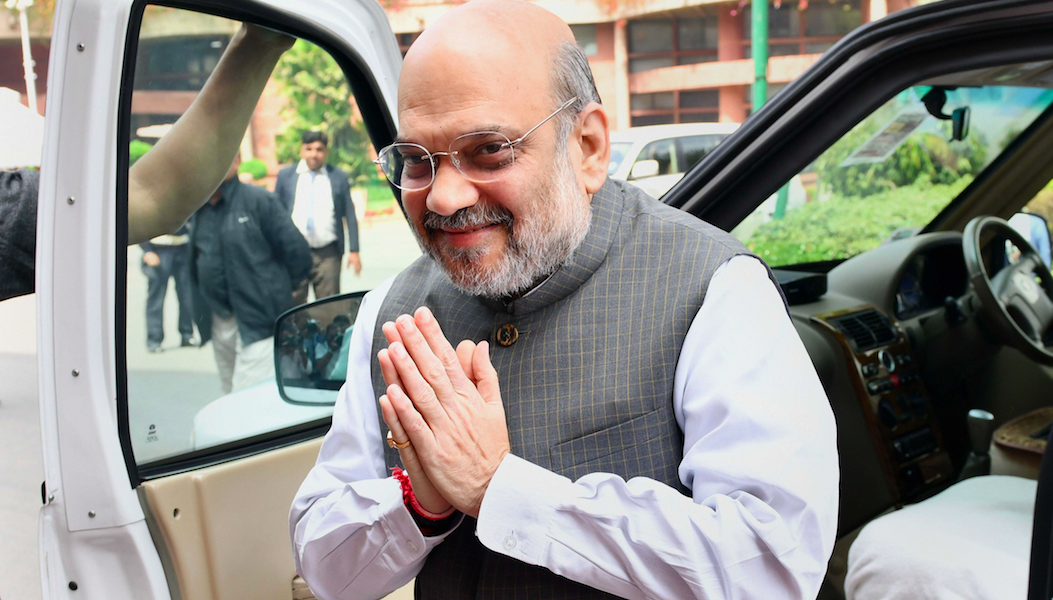 New Delhi: A day after Union home minister Amit Shah in Lok Sabha lauded the role of Delhi police in controlling the Delhi communal riots in, reportedly, “less than 36 hours,” he effectively blamed the opposition and those who have been protesting against the Citizenship Amendment Act for fomenting communal clashes in the national capital.

In his Rajya Sabha speech on Thursday evening, he accused the Congress and other opposition leaders of delivering hate speeches to provoke minorities to hit the streets.

“With regard to hate speeches which are being spoken about so much, I want to say that hate speeches began much earlier than the riots,” Shah said.

Choosing to focus on the Bharat Bachao Rally that the Congress organised at the Ramlila Maidan, Shah said that the Shaheen Bagh protest began on December 15, 2019, a day after Congress leaders called on people to pick sides and gave provocative speeches intended to confuse minorities regarding the CAA.

He also attacked AIMIM leader Waris Pathan’s controversial statement, “We might be only 15 crores but remember, we are enough for the remaining 100,” and deemed it as responsible for the riots.

“The anti-CAA protests gradually turned into communal riots,” Shah claimed. In what his critics would dismiss as a typical act of whataboutery, he said that “76% of the total riot victims died during Congress governments,” as he went on to list a series of riots from 1967 onwards.

Shah, however, tactically refrained from making any reference to the provocative slogans and speeches made by BJP leaders in days preceding the riots.

Shah has been under attack from the opposition for protecting BJP leaders like Kapil Sharma, Anurag Thakur, and Parvesh Verma who made provocative speeches against minorities, and especially against those who have been peacefully protesting against CAA for over two months. The BJP raised the communal pitch during Delhi assembly elections, with Shah himself urging voters to press the EVM buttons in such a way that its “current [electric shock] is directly received by the protesters at Shaheen Bagh.”

Several ground reports had found the Delhi police to have either actively assisted Hindutva supporters in perpetuating violence or remained mute spectators during the communal riots that unfolded on February 24-25 in Delhi.

Since Wednesday, however, Shah has attempted to deflect attention away from the criticism of his ministry and party’s alleged complicity in the riots. While Shah had responded to opposition allegations in Lok Sabha on Wednesday, he did the same in the Upper House on Thursday.

The home minister also said that his ministry has inputs that a conspiracy to transfer illegal money through hawala to the Delhi rioters has come to notice, and that many of these accounts were either opened by people linked to the “Islamic State or Islamists in India.”

He also alleged that those who wanted to confuse people regarding CAA conspired to organise a communal riot during US President Donald Trump’s visit to show their strength. 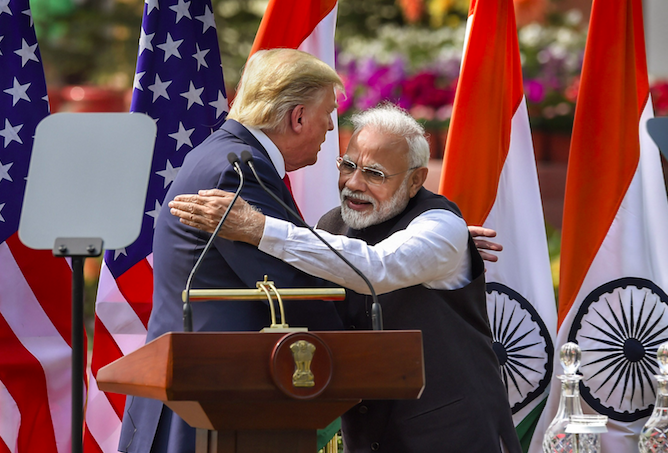 “We have found many (bank) accounts which were opened on February 23 and closed on [February] 25. I want to assure you that people behind such suspicious accounts will be traced and punished,” the home minister said, as he pushed his Wednesday argument that the Delhi riots was a part of a ‘conspiracy’.

“Our (intelligence) agencies have said that money to sponsor the riots have come from both foreign countries and within India. Although its inquiry is still at an initial stage, five people have already been arrested for transferring money through hawala,” he said, adding that the government has already closed hundreds of such suspicious bank accounts.

He repeated the details of his speech that he gave in Lok Sabha even on Thursday. “More than 700 FIRs have been lodged; 2,647 people have been arrested on the basis of scientific evidence.”

He clarified that the Delhi police did not use Aadhar data for face recognition of rioters. “Only details from driving licences and Voter Identity Cards were taken to identify rioters; 1,922 rioters have already been identified,” Shah said in response to criticism that the government may have compromised the privacy of citizens by feeding Aadhaar and other data to the face recognition software that Delhi police is using.

He said that three SITs have been formed under the leadership of DIG and IG rank officials to probe 50 serious cases of murders, including that of police official Ratan Lal and IB staffer Ankit Sharma. He added that Delhi police has already identified and arrested all those who were behind the murders of the two security officials.

He also said that the government has proposed to the Chief Justice of Delhi high court to appoint a “claim commissioner” who would be in-charge of seizing properties of rioters. “There will be no leniency towards the rioters,” he said.

On the issue of sudden transfer of Justice S.Muralidhar, who was hearing the hate speech case against BJP leaders, the minister said that it was a routine transfer approved by the collegium, and done with his consent. “We only issued an executive order,” he said.

“I fail to understand the logic of the criticism. Why do you feel that he could have done justice, and not any other judge,” he said.

Hitting out at the opposition for allegedly “deliberately misleading Indian minorities on CAA,” he said, “Let me clearly say that CAA is an Act to give citizenship, not to snatch it away from minorities,” he said, even as opposition leaders shouted in protest.

When Congress leaders Kapil Sibal asked why contentious questions were introduced in the update of the National Population Register exercise, Shah said, “No documents will be asked for in NPR. If anyone wants to withhold information, she is free to do so. What information you want to give is completely optional.”

He assured the house that no citizen will be branded as “doubtful” during the NPR exercise. “It is time that spreading confusion regarding CAA and NPR is stopped,” he said.

However, Shah’s claim contrasts with the his ministry’s own “population register” gazette notification that mentions NPR as the “first step towards preparing the National Register of Indian Citizens (NRIC)”.

“The Local Register of Indian citizens shall contain details of persons after due verification made from the population register.”

Sub-rule (4) of Rule 4 of the 2003 details this verification process as the following:

“During the verification process, particulars of such individuals, whose citizenship is doubtful, shall be entered by the local registrar with the appropriate remark in the population register for further inquiry and in case of doubtful citizenship, the individual or the family shall be informed in a specified pro-forma immediately after the verification process is over.”

“Doubtful citizens”, according to the rules, would have to appear before the sub-district or taluk registrar of citizen registration before their names are included or excluded in the NRIC.

It remains to be seen whether Shah now withdraws the 2003 gazette notification or not.