Deshmukh appeared before the agency after the Bombay high court last week refused to quash ED summons against him. He had skipped at least five ED notices. 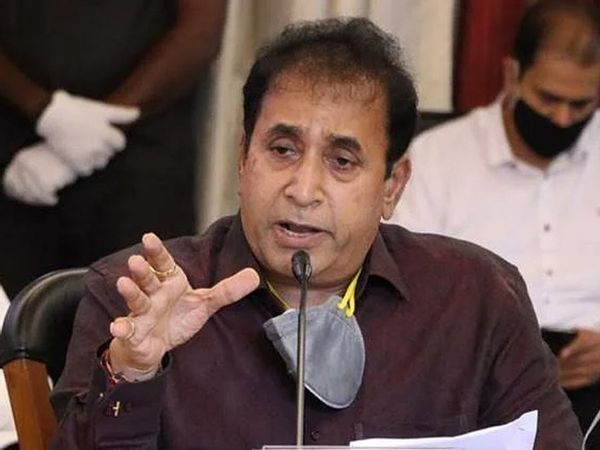 Mumbai: Former Maharashtra home minister Anil Deshmukh was arrested by the Enforcement Directorate (ED) late Monday night after over 12 hours of questioning in a money-laundering case linked to an alleged extortion racket in the state police establishment, officials said.

They said Deshmukh, 71, was arrested under the provisions of the Prevention of Money Laundering Act (PMLA).

They claimed the senior NCP leader was evasive during questioning and the agency will seek his custody after they produce him before a local court here on Tuesday.

The politician arrived at the ED office in the Ballard Estate area of south Mumbai around 11:40 am, accompanied by his lawyer and his associates and was soon after put under grilling sessions with some breaks in between, sources said.

Deshmukh appeared before the agency after the Bombay high court last week refused to quash ED summons against him. He had skipped at least five ED notices.

The money laundering case against Deshmukh and others was made out after the CBI booked him in a corruption case related to allegations of at least Rs 100 crore bribery made by former Mumbai police commissioner Param Bir Singh.

The federal probe agency recorded the statement of the NCP leader under the Prevention of Money Laundering Act (PMLA) in connection with the criminal investigation being carried out by it in the alleged Rs 100 crore bribery-cum-extortion racket in the Maharashtra Police establishment that led to Deshmukh’s resignation in April.

The questioning and recording of statements sessions went for long as officials said Deshmukh was a “key person” in this case and needs to be grilled on a number of subjects including the disclosures made by suspended Mumbai Police officer Sachin Waze during ED questioning.

Deshmukh released a video message before going to the ED office in which he said that he himself is deposing before the agency after the Bombay HC order came last week.

“It was reported in the media that I was not cooperating with the ED…I went to the CBI twice after I was summoned…my petition is still pending in the Supreme Court but it will take time and hence I myself have gone to the ED,” he said.

“I and my family cooperated with the ED when they raided us (in June),” he said.

Deshmukh questioned the whereabouts of Param Bir Singh. “He made the bribery allegations against me but where is he now.”

The Bombay high court, in its judgement issued on October 29, said Deshmukh failed to prove that probe agencies had been acting in a malafide manner against him.

It said if Deshmukh apprehended his arrest by either the ED or the CBI, he had the right that was available to any other citizen or litigant to approach the appropriate court to seek protection.

The court, however, directed the ED to permit Deshmukh’s lawyer to remain present within “visible distance but not audible distance” during the questioning.

The ED case of money laundering against Deshmukh, who was earlier the home minister in the Maha Vikas Aghadi (MVA) government, and others came after the CBI booked him in the corruption case related to allegations of bribe made by former Mumbai Police commissioner Singh.

The first summons to Deshmukh, his wife and son Hrishikesh came soon after the ED raided their premises in Mumbai and Nagpur in June.

It subsequently arrested two of his aides in this case, personal secretary Sanjeev Palande (51) and personal assistant Kundan Shinde (45).

The ED also had attached assets worth Rs 4.20 crore that were stated to be “beneficially owned” by Deshmukh.

It claimed the probe found that “Deshmukh, while acting as home minister of Maharashtra, with dishonest intention has received illegal gratification of approximately Rs 4.70 crore in cash from various orchestra bar owners, through (suspended) Sachin Waze, then the assistant police inspector of Mumbai Police.”

“Further, with the help of Delhi based dummy companies, Deshmukh family laundered the tainted money of Rs 4.18 crore and projected it as untainted by showing the same as amount received in the Trust namely Shri Sai Shikshan Sanstha,” the ED had alleged.

The ED case against Deshmukh and others was made out after the CBI booked him in a corruption case related to allegations of at least Rs 100 crore bribery made by former Mumbai Police commissioner Singh.

In a letter to Chief Minister Uddhav Thackeray after he was removed from the police commissioner’s post, Singh had alleged that Deshmukh had asked Waze to extort over Rs 100 crore a month from bars and restaurants in Mumbai.

Deshmukh, while denying any wrongdoing, had maintained that Singh made the allegations against him after he was removed from the post of Mumbai Police chief.