Andhra Pradesh: What Explains Jagan's Decision to Have Three Capitals

The government has said it wants to decentralise development.

Note: This article was first published on December 27, 2019 and was republished on January 21, 2020, after the Andhra Pradesh cabinet passed the Bill to establish three capitals.

Vijayawada: Nearly five decades after the Jai Andhra movement, people from five districts in the coastal Andhra region have hit the streets demanding a capital. The immediate trigger is chief minister Y.S. Jaganmohan Reddy pitchforking the narrative of the three capitals, one for each of three regions in the state, as a substitute to Amaravati.

Reddy has decided to establish a judicial capital at Kurnool in Rayalaseema and an administrative capital at Visakhapatnam in the north coastal region or Uttarandhra, while the legislative capital would be at Amaravati. The  decision has obviously left the people of the south coastal districts, comprising East Godavari, West Godavari, Krishna, Guntur and Prakasam districts, with the distinct feeling of having been left out.

The separate Telangana movement in 1972 saw people of Rayalaseema and coastal Andhra go hand in hand against Telangana. The Jai Andhra movement, led by veterans such as Tenneti Viswanadham, Goutu Lachanna, B.V. Subba Reddy, Kakani Venkata Ratnam and M. Venkaiah Naidu, currently vice-president of India, came from discontent that development had centreed around Hyderabad, capital of the then combined state, at the expense of the other regions. The movement died down only after 400 people sacrificed their lives in rioting and police action.

This time, the people of coastal Andhra, feeling as if they have been robbed of a capital, wage a lone battle.

And, people from Rayalaseema, away from their coastal Andhra brethren, had pitched for a capital for their own region. The capital of Andhra state had moved to Hyderabad from Kurnool in Rayalaseema as a quid pro quo for the formation of Andhra Pradesh in 1956, in line with the Gentlemen’s Pact. It is the loss of Hyderabad to Telangana after the bifurcation that has now fuelled the Samaikhyandhra movement spearheaded by integrationists from Seemandhra region, opposing formation of the Telangana state. 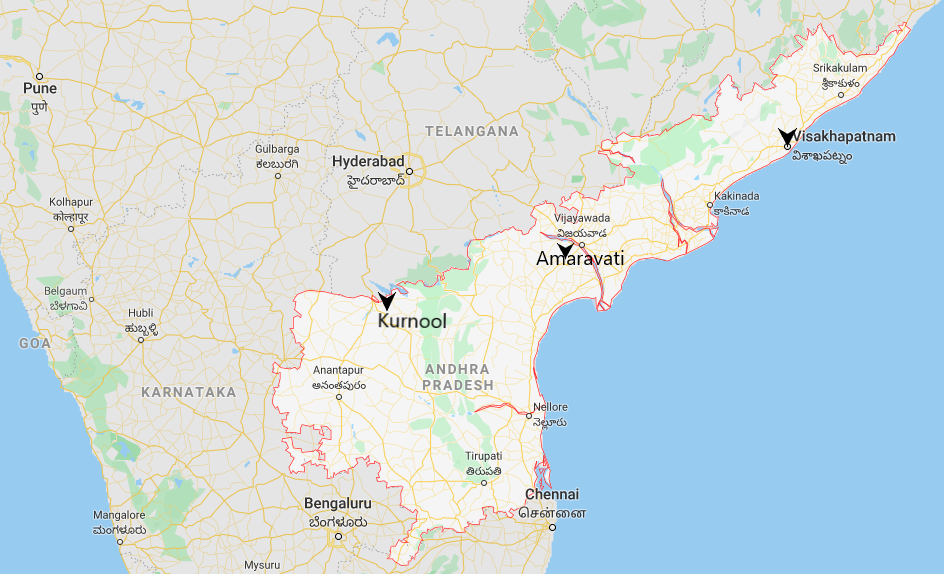 It was widely thought that the clamour for a capital of Andhra Pradesh would be set to rest after the TDP government headed by then chief minister N. Chandrababu Naidu chose patches of farmland dotted with villages on the Krishna river basin for the construction of the capital and named it Amaravati, after the state bifurcation in 2014.

Chandrababu justified his decision to locate the new capital in Amaravati by saying that it was at the centre for all three regions.

Noticeably, Jagan Reddy as an opposition leader, had endorsed the Naidu government’s decision to build the capital city in the Amaravati.

Later, Prime Minister Narendra Modi laid a foundation stone for the capital in Amaravati with a promise to fund it as well. In line with the promise, the NDA government, during its first term, delivered Rs 1,500 crore to execute capital construction while the Naidu government reportedly mobilised another Rs 8,000 crore for infrastructure building.

Naidu was accused of taking the capital to Amaravati to benefit the land-rich Kamma community. Eventually, some sections in Amaravati region saw rags-to-riches stories due to a realty boom in which land rates shot up to Rs 1.5 to 2 crore per acre from Rs 8 to 10 lakh, in areas like Thulluru.

Capital demands back into focus

Meanwhile, Naidu was charged with putting all his eggs in a single basket. This was his dream project, a world-class capital coming up on 3,300 acres spread over 29 villages at around Rs 2 lakh crore.

His model of development sowed seeds of discontent and alienation in the other two backward regions of Rayalaseema and Uttarandhra. He was also criticised for not drawing any lessons from the Hyderabad-centric model for which he cheerfully claimed to be a brand ambassador during his tenures as CM of united Andhra Pradesh, that left the Seemandhra region disenchanted.

Naidu’s party paid a heavy price for his Amaravati-centric development model in the simultaneous state and parliament elections early this year.

A change of guard with Jagan Reddy’s party securing 151 seats in the 175-member assembly reversed the fate of the capital.

Reddy sought to script the inclusive and decentralised growth story as a counter-narrative for Naidu’s development model and decided to unbundle the capital into three parts and locate them in all the three regions as a remedy for growth imbalances. 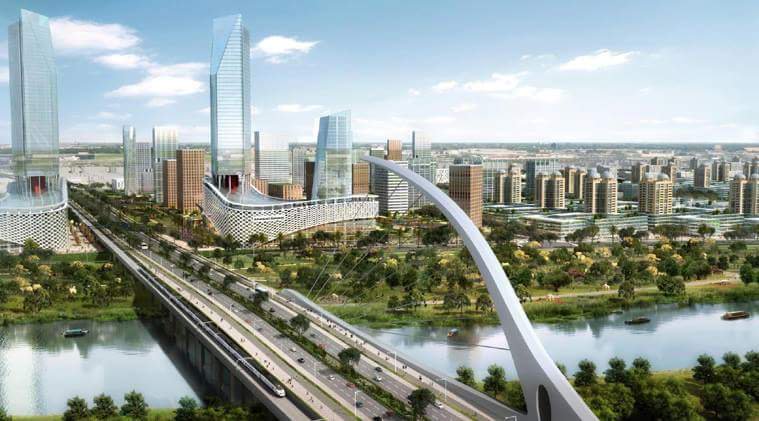 Kammas, largely present in the south coastal region with control over lands, have been identified with TDP since its formation. The community seemed to be the main losers of the YSRCP government’s three capitals plan since they had heavily invested on lands in Amaravati region, identifying a mascot of their economic interests in Naidu.

By shifting the core capital out of Amaravati, Jagan Reddy is ostensibly also striking at the financial roots of the Naidu’s support base.

Capital in the web of caste war?

When Naidu was charged with promoting cronies from his own caste, triggering a social divide during his regime, Jagan Reddy unseated him, helping his Reddy community reacquire the status as a ruling caste after a long gap.

The change of power in the state from Naidu to Jagan Reddy is a ramification of the caste war between the two dominant communities — Kammas and Reddys — for power, which the state continued to witness right before it was unbundled from Madras province, says E.D.R. Venkatesu, professor in political science at the University of Hyderabad.

The Reddys from Rayalaseema region and Kammas from the coastal area, backed by Brahmins, got together for the Sri Bagh Pact in 1937 which became the basis for the formation of the Telugu linguistic state.

In 1953, Reddys from Rayalaseema and Telangana converged to ink the Gentlemen Pact to form Andhra Pradesh with the merger of Telangana in 1956, he recalled. Reddys from Telangana and Rayalaseema batted for Rayala Telangana during the separate Telangana movement to retain their sway over politics.

Reddy’s attempts to erase the legacy of Chandrababu Naidu by demolishing Praja Vedika conference hall adjacent to the latter’s riverside bungalow, reversing the tenders for the Polavaram project, reviewing power purchase agreements (PPAs) entered with independent power producers at the time of TDP regime and capital shifting have served as an evidence for the running caste war with Jagan at the helm.

But finance minister Buggana Rajendranath Reddy, talking to The Wire, brushed aside the allegation of the caste wars. The shifting of the executive capital from Amaravati should not be veiwed from the caste angle and it is not aimed at harming the financial interests of Kammas either, he said.

“Kammas are not the only caste in Andhra Pradesh. There are several castes. People from Backward Classes, Scheduled Tribes and Scheduled Castes live across all three regions. As a government we are expected to do justice to all,” the minister asserted, saying the proposal to have an executive capital in Visakhapatnam intends to address regional backwardness in Uttarandhra.

Keeping one backward region happy by handing it a capital at the expense of another backward area is not justifiable, said Rayalaseema activist Bojja Dasaradharami Reddy.

Rayalaseema’s four districts — Chittoor, Anantapur, Kadapa and Kurnool — were all 350 kms from the erstwhile capital of Hyderabad. If the capital is moved to Visakhapatnam, it will be located 800 km away for people in Anantapur district.

The capital city, after bifurcation of states, was expected to be accessible to people of all regions. “Is it exclusion or inclusion,” asks Dasaradharami Reddy.