Amnesty India said that the ED's action "shows a disturbing pattern of the government silencing organisations that question power". 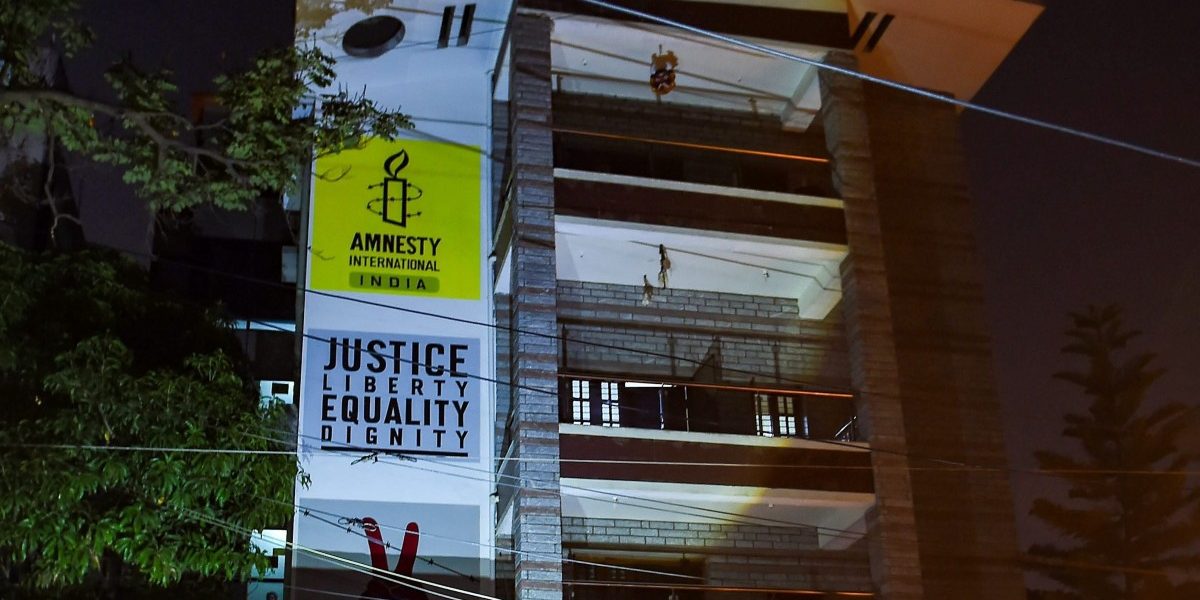 New Delhi: The Enforcement Directorate (ED) on Thursday carried out a search at office of human rights organisation Amnesty International in Bangalore, apparently in connection with an investigation into the group’s foreign funding.

In an official statement quoted by the Indian Express, the ED said that Amnesty International India Foundation Trust was trying to circumvent the Foreign Contribution (Regulation) Act (FCRA) after they were denied “permission/registration under FCRA 2010 by MHA”. To do this, the ED said, the group had created a commercial arm called Amnesty International India Pvt Ltd (AIIPL) to receive foreign funding. This arm has “received foreign funds through (the) commercial route to the extent of Rs 36 crore till date”, the ED said.

The Hindu had reported earlier this month that the Department of Revenue received a reference from the FCRA unit of the Central government, seeking a probe to determine whether Indian entities linked to Amnesty International violated foreign exchange rules. The newspaper had reported then that the ED was looking into suspicions that Amnesty International-UK and other some entities based in the UK sent funds to Amnesty (India) through commercial channels, thus violating the Foreign Exchange Management Act.

Also read: Was Former Swiss Diplomat Kurt Vogele Blacklisted and Deported for His Links to an NGO?

According to the ED statement, “After Amnesty International India Foundation Trust (AIIFT) was denied the permission/registration under FCRA (Foreign Contribution Regulation Act) by the MHA (ministry of home affairs) they resorted to bypass the FCRA by floating commercial entity in the name of Amnesty lnternational India Pvt Ltd (AIIPL). This entity has received foreign funds through commercial route to the extent of Rs 36 crore till date.

Of the total amount of Rs 36 crore, it said, Rs 10 crore was received as long term loans. “This amount was immediately placed in FDs (fixed deposits) and another Indian entity — Indians for Amnesty International Trust (IAIT) had established an overdraft facility for Rs 14.25 crore keeping the said 10 crore FD as collateral which means the receipt of FDI by trust only. The remaining Rs 26 crore was received in two other bank accounts of AIIPL as consultancy services. The inwards remittances received by the AIIPL from overseas is in violation of FDI guidelines,” it said.

In a statement on Twitter, Amnesty India said that the ED’s action “shows a disturbing pattern of the government silencing organisations that question power”. It also said that the organisation was compliant with all Indian laws and that the staff had cooperated with ED officials during the raid, which went on till midnight.

After a crackdown on a no. of NGOs, Enforcement Directorate hits at Amnesty. The 10 hour long raid conducted at our Bengaluru office ended at midnight. Our staff fully cooperated with officials. We reiterate, our structure is compliant with Indian laws. #CrackdownOnAmnesty

ED raid on Amnesty India shows a disturbing pattern of the government silencing organisations that question power. It is clear that the government wants to instill fear among Civil Society Organisations. #CrackdownOnAmnesty

Over 5 ED officials raided Amnesty’s Bengaluru office. Ordered employees to not leave, shut their laptops and searched their desks. Employees were not allowed to use their phones to call friends and families. #CrackdownOnAmnesty

In the past, the Narendra Modi government has been accused of using the FCRA regulations to target organisations that were not toeing the state line. In December 2016, the Centre cancelled the FCRA licences of about 20,000 of 33,000 NGOs after they were found to have allegedly violated various provisions of the Act, thus barring them from receiving any foreign funds. A large number of civil society organisations and members had then come together to unequivocally condemn the present use of the FCRA as a “tool of repression” by the current government and expressed their solidarity with the organisations whose FCRA renewal applications were at the time rejected by the Ministry of Home Affairs.