Former PMs and their immediate family members staying with them at the residence allotted will come under cover only for a period of five years from the date on which the PM ceases to hold office. 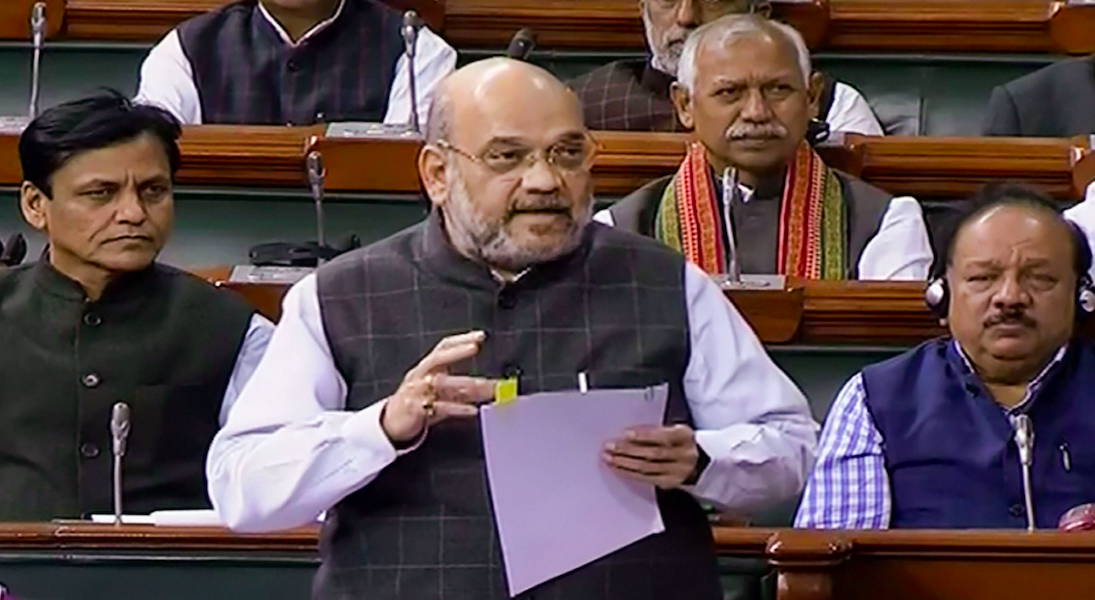 Union home minister Amit Shah, who defended the bill tabled by the MHA at the Lok Sabha on November 27. Photo: PTI

New Delhi: The Lok Sabha on Wednesday passed a bill to amend the Special Protection Group Act. The amendment bill was tabled days after the Bharatiya Janata Party government decided to withdraw the SPG security of the Congress party’s Gandhi family and replaced it with the ‘Z-plus’ security cover by personnel of the Central Reserve Police Force.

According to the amendment, the SPG will now protect the prime minister and members of his immediate family who reside with him at his official residence. It will also provide security to former prime ministers and their immediate family members staying with them at the residence allotted for a period of five years from the date on which they cease to hold the office.

This, Union home minister Amit Shah said at the Lok Sabha on Wednesday, was the law’s original intent, when it had first been enacted in 1988 following recommendations of the Birbal Nath committee. Over time, he said, its reach had been “diluted” by previous governments through amendments in 1991, 1994, 1999 and 2003.

Also read: ‘SPG Cover Was Not a Favour’: Congress Slams Govt Over Removal of Security From Gandhi Family

“Impression is being created that the SPG Act is amended to withdrew security from the Gandhi family. Security of the Gandhi family has not been withdrawn but changed to ‘Z-plus’ with advance security liaison and ambulance that will be given across the country,” Shah said.

Union Home Minister Amit Shah, in Lok Sabha: I have come here with an amendment in Special Protection Group (SPG) Act. After the amendment, under this Act, SPG cover will be given only to the PM and members of his family who live officially with him at the PM’s residence. (1/2) pic.twitter.com/23ZkFbyaFK

He alleged that when SPG security cover was withdrawn from former prime ministers Chandra Shekhar, I.K. Gujral and Manmohan Singh, no one had uttered a word.

Shah said the term ‘special’ indicates its purpose and noted that many countries have such elite and compact cover, intended exclusively for their respective head of state.

He said a “misconception” exists that the SPG is only about physical protection.

“It is not just physical security but also about covering the prime minister’s office, his health and communications as well,” Shah added.

Before withdrawing SPG cover from the Gandhis, however, the government, on October 7, had issued fresh guidelines related to the SPG in a move that was then seen as little more than an attempt to track the Gandhi family. Under the new directives, it became mandatory for SPG personnel to accompany their charges at all times, including on personal foreign visits.

The Congress in Lok Sabha on Wednesday demanded that SPG cover be provided to former prime ministers and their family members for the rest of their lives.

Initiating the debate, Manish Tewari also said while in June this year, the SPG had informed Congress president Sonia Gandhi, her son Rahul and former prime minister Manmohan Singh that they have a high threat perception, their cover was withdrawn within months.

He sought to know the reasons for the decision to take away their SPG cover.

Tewari said in countries such as the US, Secret Service guards former presidents for the rest of their lives.

Congress leader Adhir Ranjan Chowdhury added, “You [the government] are targeting a family that has sacrificed two lives for the nation.”