'You Won't Be Judged For Speaking in Hindi,' Amit Shah Advises on Hindi Diwas

Despite Shah's assurances that Hindi is not competing with other Indian languages, Twitter users, particularly from south India took exception to perceived Hindi imposition. 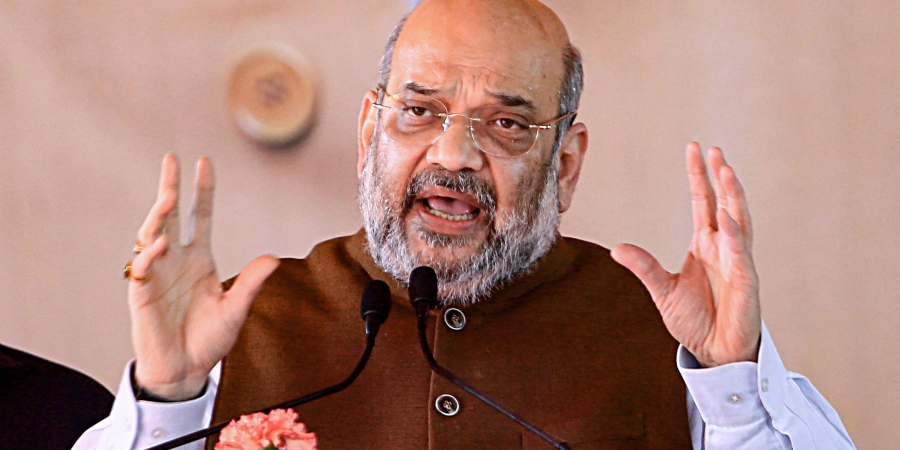 Shah’s tweet, meant to commemorate Hindi Diwas, celebrated on September 14 every year, met with considerable backlash on social media and even resulted in the hashtag, #StopHindiImposition trending.

Several Twitter users, many of whom are from India’s southern, eastern and northeastern states, took exception to the continual privilege Hindi enjoys compared to other Indian languages.

1.4 billion people. Over 3000 languages. And the North Indians want to impose ONE language in the name of “unity”.

What sort of unity are they talking about when I’m being imposed to learn a language which isn’t mine, in what’s supposed to be my native land?#StopHindilmposition https://t.co/9xFt7bBPG3

Speaking at a Hindi Diwas programme organised by the home ministry’s Department of Languages, Shah urged citizens not to “suffer from an inferiority complex”, noting that Prime Minister Modi speaks in Hindi at the “highest of international platforms,” the Indian Express reported.

Shah, noting that Indians supposedly think of how they would be judged before speaking in Hindi, sought to assure his audience that language was only a means of communication, and said, “You will be judged on your work, your ideas”.

He also linked the use of Hindi as well as other local languages, with the idea of being atmanirbhar (self-sufficient). “The progress of India is contained in the coordination of mother tongue and official language,” NDTV reported Shah saying. He went on to state that, “Hindi is also a bridge between ancient civilisation and modern progress.”

This marked a departure from his stance on Hindi Diwas in 2019 where he pushed for the idea of “one nation, one language” – which ran into considerable controversy, and saw anger particularly from the south, causing Shah to backtrack.

“If one language can unite the country today, it is the widely-spoken Hindi language,” he had said then.

Shah even appeared to refer to a controversial aspect of the National Education Policy when he said,”A child is most comfortable when he is taught in the language he speaks at home.”

The National Education Policy had been criticised, specifically by politicians and legislators from the south, for its three-language policy which made Hindi mandatory for students until class eight along with English. The policy was amended in the face of the backlash.

During his speech, Shah also frequently referred to Hindi as the rajbhasha; a fact which many Twitter users took objection to.

Shah even attributed India’s supposed success in dealing with the COVID-19 pandemic to the Prime Minister’s use of Hindi. “Prime Minister Narendra Modi spoke to states and the people through 35 meetings and events in Hindi. This created an environment to combat Covid,” Shah said.

As The Wire has reported, the Madras high court recently told the Union government that it is duty-bound to communicate in English with those states that have not adopted Hindi as their official language.