Ten people – including Aam Aadmi Party MLA Amanatullah Khan – were detained as they protested against the drive at Madanpur Khadar. 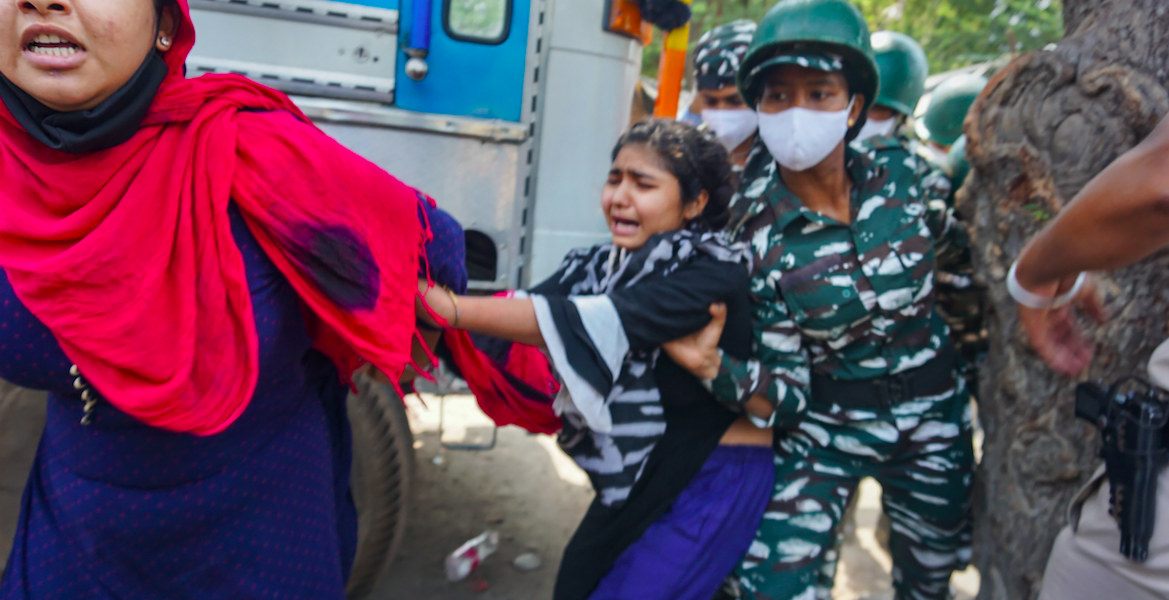 New Delhi: Delhi civic authorities on Thursday, May 12, once again carried out demolitions in various parts of the city, detaining 10 people – including Aam Aadmi Party MLA Amanatullah Khan – as they protested against the drive in south Delhi.

Locals, many of whom said they were not given prior notice at all, agitated in Madanpur Khadar in an effort to stop the demolition of structures, which they claimed were legal.

A stretch on the K.N. Katju Marg in Rohini is being cleared of illegal temporary structures while in Patel Nagar, action is being taken in Prem Gali, an NDMC official told the news agency PTI.

AAP MLA Amantullah Khan was present at the protest at Kanchan Kunj in Madanpur Khadar, while a six-storey building was in the process of being brought down in the area.

“The MCD is destroying houses of the poor in Kanchan Kunj of Madanpur Khadar. I am reaching there. All of you should also reach there so that the houses of the poor can be saved,” Khan said in a tweet in Hindi earlier in the day.

As the protest escalated, there was stone pelting and police lathicharged at the crowds. In addition to Khan, two women have also been detained.

Several have been injured, according to reports.

"When the Bulldozer didn't stop, they lathicharged and used force, left many injured" more from @MohdAbuzarCh @KhanAmanatullah pic.twitter.com/Zz2ASBVgOh

SDMC Central Zone Chairman Rajpal Singh told PTI that the drive was not against the poor but against the mafia who encroach upon government land. 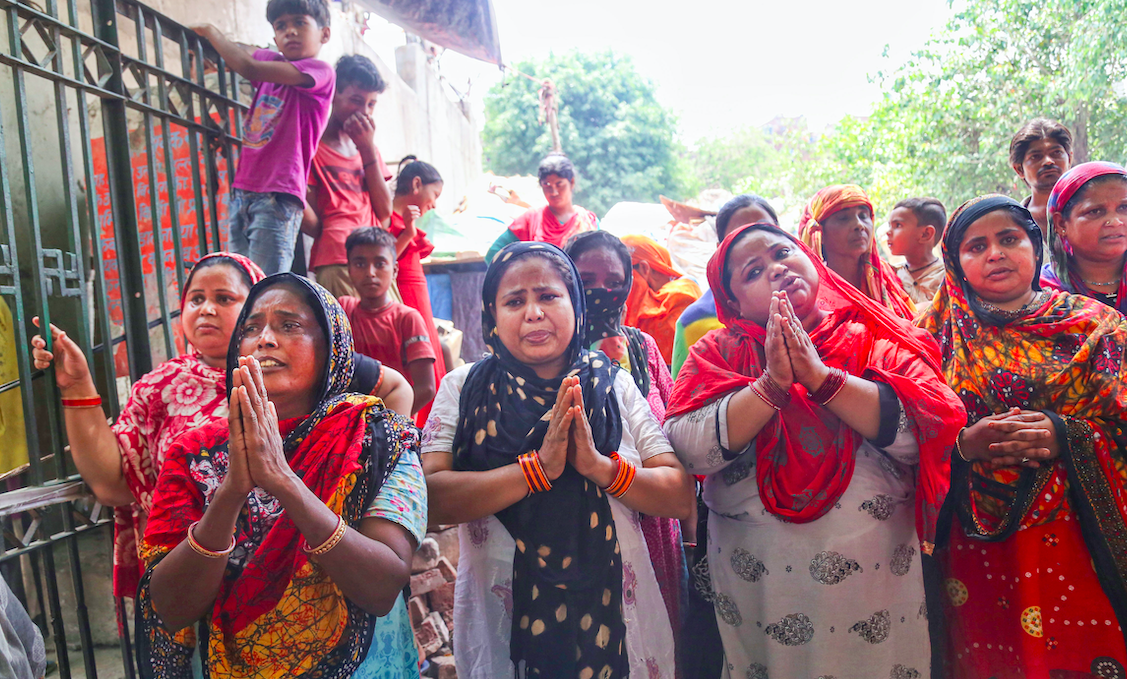 Locals stage a protest during an anti-encroachment drive, at Karol Bagh in New Delhi, Thursday, May 12, 2022. Photo: PTI

The civic bodies have claimed that the fresh demolitions are part of routine anti-encroachment drives. Protesters have questioned the motive behind them since the first such drive was undertaken at Jahangirpuri, days after the area saw communal violence. The drive continued hours after the Supreme Court stayed it.

In the following days, similar drives were carried out in areas such as New Friends Colony, Dwarka, Najafgarh and Lodhi Colony.

On Monday, May 9, during a protest at a similar drive at Shaheen Bagh, Amantullah Khan was booked as well.

“They are making this political, making it Hindu-Muslim,” Khan had told The Wire. “The BJP has no platform for the MCD elections – that’s why they started with Jahangirpuri, and now they’re here.”