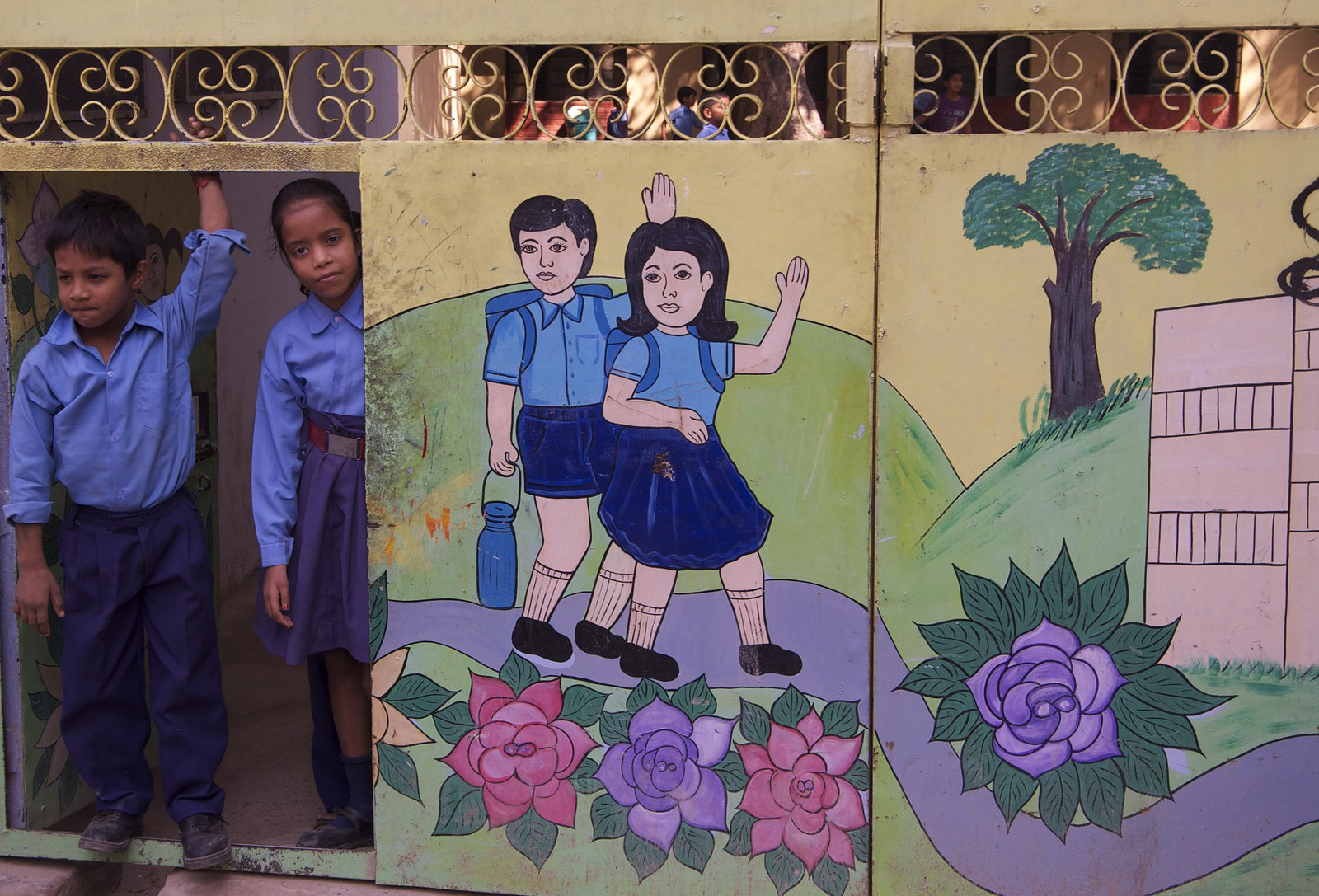 Anurag Kundu works as Secretary-rank officer in his capacity as Member, Delhi Commission For Protection of Child Rights (DCPCR), Government of Delhi. He has been involved in conceptualising and implementing the key education initiatives of the Delhi Government.

Nearly 27 crore Indians live in poverty. Hence, poverty alleviation programmes become imperative. The National Rural Employment Guarantee Act (MGNREGA), public distribution system (PDS), Jan Dhan Yojana, Ayushman Bharat, and mid-day meals schemes figure amongst the most important of them. All of these programmes acknowledge multi-dimensional facets of poverty. However, there is another type of poverty, called ‘Learning Poverty’. The World Bank defines learning poverty as being unable to read and understand a simple text by age 10. This is a serious form of poverty that India has neither understood nor addressed. Addressing this may well emerge as the strongest poverty alleviation programme.

Evidence collected from developing countries from data spanning almost five decades suggests that if those aged 15 years and over can be enabled to increase their years of schooling by just two years, nearly 6 crore people could be lifted out of poverty. The same evidence also suggests that achieving universal secondary education would reduce the number of poor people worldwide by more than 55%.

The Global Education Monitoring report by UNESCO argues that if all students left school with basic reading skills, 17 crore people could be lifted out of poverty in the world.

These are significant, authoritative findings in a country like ours with nearly 27 crore people living in poverty.

Are we not missing out on potentially the strongest poverty alleviation programme, by enabling our children to read?

But how do we do this?

The Delhi government provides a potential model and the pathway.

In 2016, our school teachers conducted a baseline assessment of all students of Class VI-VIII. Delhi’s reading levels were not found significantly better or worse than the rest of the nation. 74% of students in Class VI could not read a simple paragraph of a textbook in their mother tongue. Since children progressed to Class IX without basic reading skills because of the ‘No-Detention’ policy, the high failure rates in Class IX came as no surprise when the children actually needed to secure minimum marks in order to be promoted. In 2013-14, the pass percentage in Class IX of Delhi Govt schools dipped to 56%. It continued to decline thereafter to 52% in 2014-15 and 51% in 2015-16.

Several studies have now concluded that poor reading levels is a significant cause of students’ drop-outs, thus reducing the average years of schooling of these children. With each subsequent grade, the text becomes incomprehensible to the children who cannot read, causes low self-esteem and sets the stage for drop-outs.

This prompted the Delhi government to undertake a series of measures called Mission Buniyaad, a campaign to build foundational learning. The campaign articulated a clear goal: enable all the children to read and do basic arithmetic; and extend the average years of schooling by curbing drop outs. The intervention rested on three pillars. Section 24 of the Right to Education Act casts an obligation on teachers to complete the syllabus on time. Please note the emphasis is on completion of syllabus, not learning. It resulted in the bureaucracy determining the weekly topics that teachers must teach on a without regard to students’ learning levels. Therefore, a mathematics teacher was bound to teach trigonometry to students who could not perform basic addition or subtraction even if the teacher knew this fact.

The Delhi government simply heard our teachers and students and made the most commonsensical yet the most consequential decision: teach children at the right level.

So, we looked for various models for doing it. A research study conducted by J-PAL, an organisation led by Nobel laureates Abhijeet Banerjee and Esther Duflo, using randomised controlled trials provided some insights. In Haryana, J-PAL and Pratham partnered to teach children for one hour, starting from their existing language proficiency. This methodology of “Teaching at the Right Level (TaRL)” pedagog involves evaluating children’s learning levels, and grouping children at similar levels to provide dedicated attention and pedagogical support. These groups change with time as children transition to higher levels of language proficiency.

The study found that students who were a part of the study scored statistically significantly higher than students who were not. The number of students who could read a paragraph or story increased to 53% from 34%. This pedagogy has been rigorously evaluated in various contexts.

The Delhi government decided to adopt this approach. So we identified the children, temporarily grouped them according to their learning levels, and deputed the most competent and motivated teachers for teaching them reading and arithmetic. We evaluated the progress every Saturday and regrouped children based on their progress. The intervention was independently evaluated through a study commissioned by the Delhi Commission for the Protection of Child Rights (DCPCR) and carried out by the District Institute of Education and Training (DIET), Dilshad Garden. The results were encouraging.

Within three months of the intervention, the study noted gains in students’ language and arithmetic levels: a 20% increase in primary grade students who could solve division and 25% increase for students of Classes VI-IX. These gains have been achieved within a period of three months. Further, the report also noted the enthusiasm of students to attend the classes and improving attendance of the students.

For children who learned to read, a select group of teachers with deep domain knowledge of their subjects created a supplementary text called ‘Pragati’ to act as the bridge between their existing knowledge and the knowledge their grade level curriculum books assume. It is important to mention that the Pragati books focused on the same concept as NCERT books, just with more visuals, group activities, projects and graphs. The idea is to gradually enable the children from merely reading text to comprehending the higher order concepts of science and social sciences. These books have been revised multiple times based on the feedback received from the teachers. They are not static, but dynamic.

I have taken part in several panel discussions and most of them converge on the point of agreement that political will is needed to transform India. The Delhi government has demonstrated what that looks like.

These results bear important lessons for the rest of the country, especially the states of Rajasthan, Bihar, Uttar Pradesh, Maharashtra, Orissa and Chhattisgarh, where the bulk of poor people live.

Baba Saheb Ambedkar believed education as a great enabler. Reading skills has proven to be that enabler. It is the most potent weapon of justice after all a significantly large proportion of Dalits, and Muslims’ children still attend government schools.

Enabling all children to read will be the most fitting tribute to his vision and to our future.