As Akhilesh Yadav Protested, UP Govt Sealed Roads To and From Central Lucknow, Lakhimpur Kheri

Many were stranded as the state capital city came to a standstill. 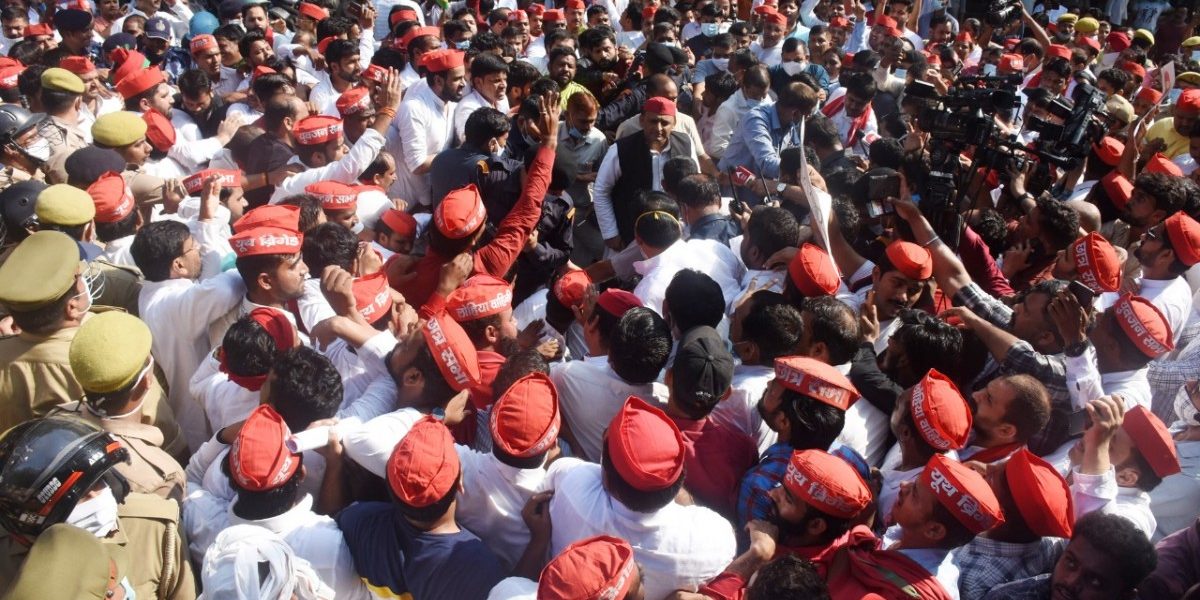 Akhilesh Yadav at the protest. He was not allowed to reach the spot where the incident occurred or meet the victims' families, and was reportedly detained on his way there. Photo: Chandrani Banerjee

Lucknow: The Uttar Pradesh capital came to a standstill on Monday, October 4, after police stopped traffic in central Lucknow where Samajwadi Party chief Akhilesh Yadav courted arrest while protesting against the deaths of eight people, four of whom were farmers, in Lakhimpur Kheri.

At around 9 am on Monday, former Uttar Pradesh chief minister Akhilesh Yadav sat on the dharna at the Vikramaditya Marg, in protest against what he said was the Adityanath government’s negligence in causing the deaths.

Akhilesh demanded an ex-gratia payment of Rs 2 crore for the families of the dead farmers along with a government job. Terming the incident “undemocratic,” Akhilesh asked for the resignation of the state home minister and deputy chief minister.

On Sunday, eight people were killed while farmers’ were protesting in Lakhimpur Kheri. Farmers have alleged that Union minister Ajay Mishra’s son’s car was among those which mowed farmers down. An angry mob clashed with BJP workers.  Several were injured. When Akhilesh tried to reach the spot at Lakhimpur Kheri, he was stopped.

Akhilesh, who was joined by his uncle and party veteran Shiv Pal Yadav, courted arrest and was detained at Eco Garden for an hour. Central Lucknow saw large protests from Vidhan Sabha to GPO. There was heavy police presence from Hazratganj to Eco Garden, which is about 12 kilometres from the spot of the protest. 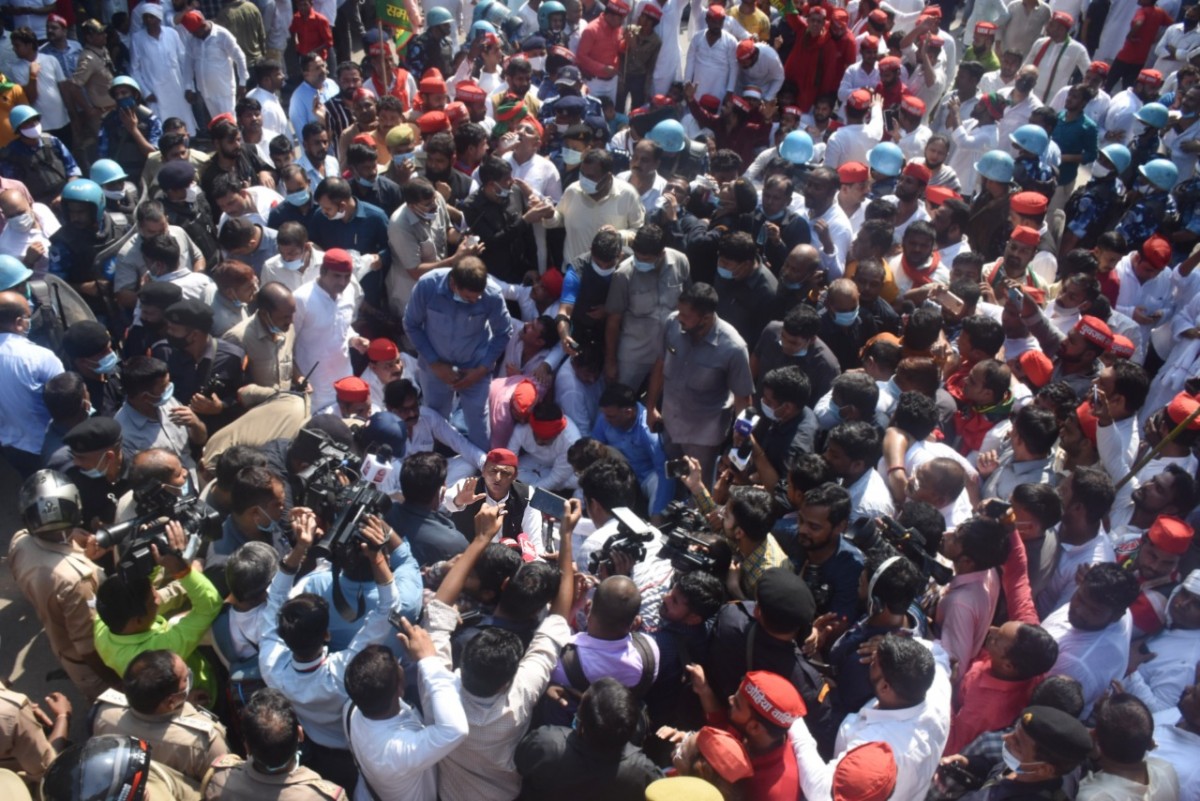 The road from Hazaratganj to Eco Garden, covering the Cantonment area, had Rapid Action Force personnel too.

Till the time Akhilesh and his supporters were at Eco Garden, traffic was on hold entirely. Water cannons were also kept ready.

Many were stranded as the state capital city came to a standstill. Speaking to The Wire, a software engineer said he missed a meeting as he was unable to reach his office at Hazratganj, in central Lucknow.

Uttar Pradesh Police also sealed every entry and exit to the protest spot in Lucknow, to contain protesters. Entry points from Lakhimpur Kheri district to Lucknow were all sealed. There was no vehicular movement for more than an hour. Riot control measures were put in place.

A delegation of the Trinamool Congress, members of Punjab Congress, including new chief minister Charanjit Singh Channi, and members of civil societies are among those who wished to visit Lakhimpur Kheri today.

Meanwhile, the Bharatiya Janata Party is in election mode and trying to push the announcements of as many beneficiary programmes as possible. Chief minister Adityanath along with Additional Chief Secretary (Home) Avnish Awasthi attended the annual conference of the MGNREGS, amidst the unrest.

Amidst chants of “Jai Shri Ram” and “Mandir wahi banayenge,” Adityanath announced the revision of payments in MGNREGS. He also said that if his government is voted back, benefits will keep coming.

The Model Code of Conduct is expected to come in place from December 2021.