With Dhami returning to power in March, the government has moved fast on the constitution of a panel to formulate a uniform civil code, surveys targeting religious structures in forest areas and threatening madrasas to comply with ‘norms’

New Delhi: Before the assembly elections in March this year, the Bharatiya Janata Party (BJP) government in Uttarakhand had repeatedly raised the purported issue of “large-scale migration of Muslims” to the state.

Then, on the last day of campaigning, chief minister Pushkar Singh Dhami announced that if re-elected, the BJP would implement the Uniform Civil Code (UCC) in the state – an often repeated promise by the party which many feel could be another avenue to further communal agenda instead of bringing about uniformity across personal laws.

While the two issues may have played some role in the BJP’s return to power in a state which had, until these polls, never re-elected any government, the saffron party has continued with its agenda after re-election, cementing its position by raising other issues targeting Muslims.

The party has highlighted a purported “increase” in the number of mazars in the state’s forest areas and alleged that madrasas are not complying with the norms of the education department.

After a gap of nearly 11 years, the Uttarakhand government had, earlier this year, ordered a survey of the state’s forest areas. While the state said the purpose was to determine the level of encroachment, many believe that it was conducted with the motive of counting religious buildings.

The survey said that many mazars, dargahs and burial grounds have allegedly come up in reserved forest areas where no one, apart from forest officials, is allowed to enter.

Most of these allegedly “unauthorised” structures were in the forests of the Terai and Bhabar regions, according to the report. The report also claimed that religious festivities organised in these structures disturbed the peace of the forest, posed a threat to wildlife and affected forest management. 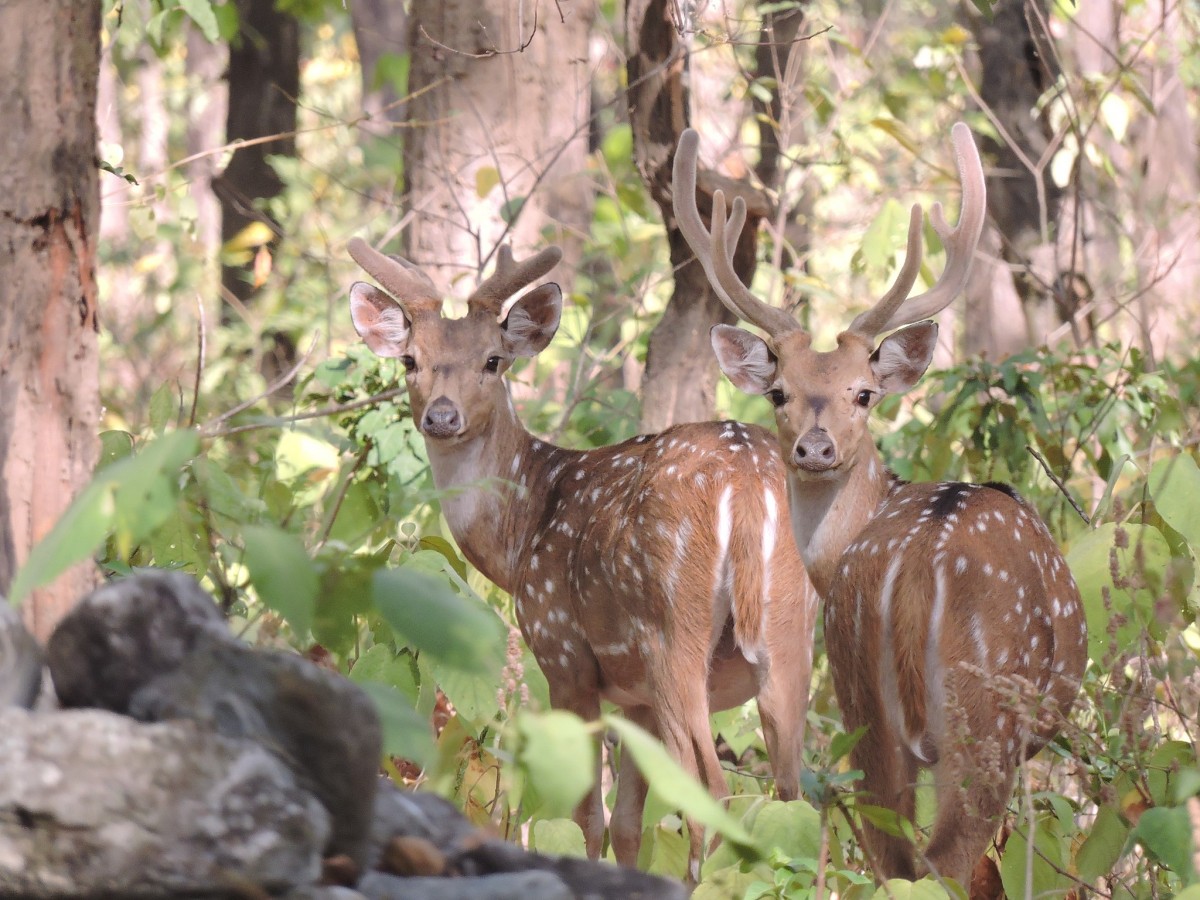 An inquiry was ordered by the Forest Department to find out when these religious and other structures came up, if land was leased to them and how were they allowed to come up in violation of the law.

Reports from the directors of all the forest divisions and reserved areas were sought by the Department.

The feedback revealed that there has allegedly been “massive encroachment” in the Corbett Tiger Reserve as well, considered one of the most protected forest areas in the state. The Rajaji Tiger Reserve was also found to have been affected by alleged encroachments.

In 2011, a similar survey was conducted at the Corbett Tiger Reserve in which the Forest Department had pointed out the presence of mazars and temples in the region. In spite of the warden of Corbett Park, R.K. Tiwari, having made the claim, no action was taken on the basis of the report.

Focus was on establishing encroachments by religious structures

This time round, chief wildlife warden Parag Madhukar Dhakate asked the divisions to gather data on alleged encroachment of religious structures in national parks and wildlife sanctuaries. Several BJP leaders had earlier alleged that in the name of mazars, large tracts of government land were being encroached upon.

The BJP leaders had claimed that there had been a increase in the Muslim population of the state since 2010 and that many migrants, particularly those working as labourers, have set up their hutments on forest land.

There has been intermittent action by the police and forest officials to clear these structures.

However, Uttarakhand Congress president Karan Mahara told The Wire that the exercise was little more than politics.

“They are not interested in the welfare of the state or in solving real issues. They only want to create unmad (unrest) by highlighting these issues,” the Congress leader said.

Mahara said the hill state has, for ages, been a place of worship. “There have always been numerous small temples and ashrams in the forest areas,” he said. “In the case of mazars, one should remember that they are part of our rich Sufi culture. By raising the issue of encroachment in forest land by citing these small structures, the government is only trying to create a rift. That would also make all these structures vulnerable to government action,” he said.

Meanwhile, a senior Uttarakhand government official, associated with forest work, said that the real issue is the encroachment pertained to vast tracts of land owned by politicians in the Terai region.

Another issue which has gained currency following the elections is that of the management of madrasas.

Uttarakhand minority affairs minister Chandan Ram Das has, in the recent past, repeatedly stated that all unrecognised madrasas would be closed down if they did not obtain recognition from the Education Department.

During a visit to Almora recently, he said 419 madrasas were operational in the state of which 192 were being provided assistance by the state and Union governments. Das also said that instructions have been issued to stop all financial aid to madrasas that are not conforming with the Department’s norms.

The Dhami government has made repeated and oblique references to the issue of the alleged rise in the Muslim population in Uttarakhand by stating that it would be working towards repatriation of Rohingya and Bangladeshi migrants.

The chief minister also initiated a drive to check the “credentials” of people who have settled in Uttarakhand but belong to other states. A couple of days later, media reports said 201 ‘suspicious’ people had been identified. A Times of India report stated, “Police officials said that preventive action has been taken against all 201 people.”

The Wire had earlier reported on how the term ‘land jihad’ has been used as a communal tool in BJP-led Uttarakhand. The term, reflecting an imagined conspiracy by Muslims to occupy land, is increasingly used by Hindutva groups.

The report had stated that a September, 2021 state government order directed the police and administrative officers to track “illegal land deals”, ostensibly to tackle the allegedly changing demography of the state.

The report noted that the Uttarakhand government had issued the order to check land dealings involving Muslims after BJP MLA Ajendra Ajay wrote to Dhami alleging rampant ‘land jihad’ in the state. In a television interview last year, Ajay also said, “This has been a demand of some people for a long time and now the issue is gaining momentum.”

Incidentally, Ajay was also made a member of a panel set up last September by the Dhami government to investigate land grabbing, demographic change and migration and make suggestions on the state’s new land law.

On the last day of the campaign before the assembly elections in the state, Dhami had announced that his government would form a committee of experts to prepare a draft UCC for Uttarakhand. This was one of the poll promises of the outgoing BJP government, which promised to ensure equality in matters of marriage, divorce, land, property, and inheritance issues for people, irrespective of their faith and religion.

The party stuck to its promise and on returning to power, approved the move. The decision was taken in the first cabinet meeting on March 22 where the BJP government decided to set up a high-powered committee of experts to take the process of UCC implementation forward.

Dhami had declared at the cabinet meeting that implementation of the UCC was an attempt to “fulfil the dream of our Constitution creators and solidify the spirit of the Constitution”.