Academics Issue Statement on Kashmir, 'Waves of Assaults' on Constitution

In a direct appeal to other academics, the signatories ask for an end to the "calculated silence" that many have adopted "in the hope that perhaps that our country will eventually right itself". 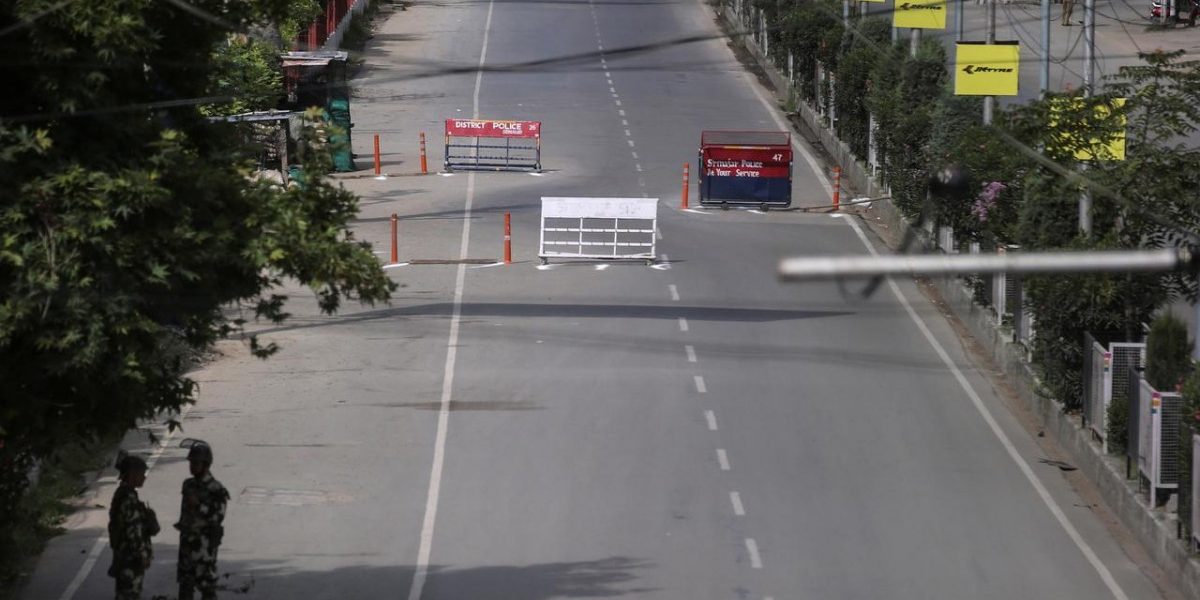 Security personnel stand guard on a deserted road during restrictions on the Eid-al-Adha, in Srinagar, August 12, 2019. Photo: Reuters/Danish Ismail

New Delhi: In a statement, a group of academics have taken a strong stand against Prime Minister Narendra Modi government’s recent handling of the Kashmir issue where Article 370 was scrapped in parliament and the state was cloven into two Union Territories.

All the signatories are affiliated to various departments in academic institutions both in India and abroad.

“We, the undersigned, emphatically support the cause of the thousands of protesters, and condemn in the strongest possible terms the violent repression being faced by the Kashmiri people, whose only crime is to demand what is guaranteed to them by our constitution,” the statement reads.

“A lethal nail in the coffin of Indian democracy was hammered in on August 5, 2019, when Amit Shah announced in the Rajya Sabha that Article 370 of the Indian constitution stood abrogated.”

Also read: South Kashmir Ground Report | ‘Not A Single Day Since August 5 When No Youths Were Picked Up’

The academics also point out how the “unconscionable, brutal, and illegal military occupation” of Kashmir is “dangerously irresponsible” on the diplomacy front as “large parts of the erstwhile state make up disputed territory with Pakistan and China”.

Talking of how the hope that “efforts to polarise society along the lines of religion and caste would fail” has been “dented” by the Modi government’s “dizzying assault on democratic principles”, the academics make a note of the number of bill that were passed in this parliamentary session that are “tightening the stranglehold of the state on people’s movements” – from the amendments to the UAPA Bill to the dilution of the Right to Information Act.

In a direct appeal to other academics, the signatories ask for an end to the “calculated silence” that many have adopted “in the hope that perhaps that our country will eventually right itself”.

“This silence is indistinguishable from tacit endorsement, and must stop immediately. It shouldn’t be an act of courage to publicly denounce savagery. Honest academic activity is by virtue of its essence incompatible with totalitarianism. We appeal to our fellow academics, and also activists, students, and members of civil society to join us in strongly condemning this tyranny and injustice,” it reads.