Aadhaar and the Body of the Bogus Citizen

In attorney general Mukul Rohatgi's arguments in favour of Aadhaar, the body is reduced to its exchange value. 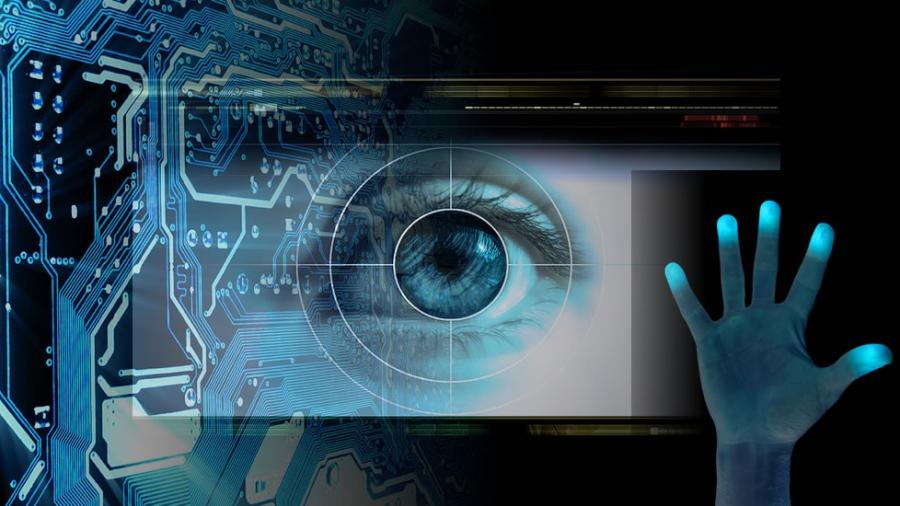 The problem is not with technology but the government, or with governmental technology. Credit: Twitter

News from the courtroom on May 2 was disturbing, where the attorney general Mukul Rohatgi argued in favour of the unique identity card based on biometric and demographic data, the ‘Aadhaar card’, to be made mandatory for all Indian citizens. Making his case in the Supreme Court before a bench comprising Justices A.K. Sikri and Ashok Bhushan, Rohatgi made a series of remarks that have implications on the citizen as a subject of rights.

Invoking Jean-Jacques Rousseau, the attorney general said, we can’t “live in a vacuum as there is social contract as well. When the state is providing some facility, it is entitled to have your identity.” This strikes at the heart of what the French thinker Michel Foucault explicitly discussed in The Birth of Biopolitics regarding the perversion of Rousseau’s conception of the ‘social contract’ since the 18th century. To equate “facility” with “identity” is to argue that citizens should give up their natural rights for purely utilitarian reasons determined by the government. It compromises the political value of the social contract, suggesting that the citizen trade her rights for securing benefits. In Rousseau’s theory of social contract, the idea is based on the legitimacy of the original sovereign, the people, who represent the general or collective will in a democracy. To coerce popular consent asking citizens to comply with the will of the government is to disregard that contract.

Countering arguments of the petitioners who challenged the government’s move, Rohatgi said, “The arguments on so-called privacy and bodily intrusion are bogus”. To consider privacy and bodily intrusion bogus is to undermine the basis of the social contract that lies in the moral and natural rights of the citizen. These rights are evoked to critique capital punishment as much as the extralegal nature of “encounter killing” by the Indian state.

The attorney general further asserted, “One cannot have an absolute right over his or her body”. He added, the “concept of absolute right over one’s body was a myth and there were various laws which put restrictions on such a right.” The right over one’s own body is not a matter of degree but principle. In John Stuart Mill’s ‘harm principle’, power can be legitimately used even against someone’s will, to prevent anyone from being harmed. The instances Rohatgi drew, of people committing suicide or taking drugs being banned by law and tests to check for drunk driving to ensure public safety, corroborate to Mill’s principle. The social contract aims to secure life, posing limitations to human freedom. It draws a contentious, often violated, line between regulation and coercion by the state.

What if this line is extended in the name of security so as to significantly blur the distinction between regulation and coercion? The specific reason behind the Aadhaar card, Rohatgi pointed out, was “as an effective tool to check terror financing and black money.” His larger point on its behalf was, “An identification system was necessary for an orderly society and to keep pace with technology.” Privacy and bodily intrusion become bogus as ethical issues, but necessary means towards a secure and orderly life of citizens. It is not the citizen’s “absolute right” to her body that seems to be the key issue here but the government’s (absolute?) right to compromise the citizen’s body in the name of security against terror and corruption. The government wishes to lay claim over your body in order to secure it. “Parliament is the best judge of the people,” Rohatgi said. As a juridical body of power, the government can exercise the monopoly of deciding what is best for the citizen. The logic of security empowers the government to intrude upon the inalienable rights of the democratic subject.

Rohatgi called the Aadhaar card “an effective tool” to check terror and black money. The visible extension of that vocabulary is the citizen’s body as an effective tool to create a network of this large identification system. The body becomes reduced to its exchange value, as the citizen is expected to turn over her body to the government in exchange for her security. But aren’t we already tools of a network of machines? Haven’t we indexed our identity in the many cards we carry? Haven’t we already lost our bodies to technology? Rohatgi hit the nail on the head when he asked, “Can the petitioners today say that they do not have any mobile phone, credit card, driving licence, passport or other identification and they live in the Himalayas?” Since we are already governed by technology, why should the technology of the government that seeks to secure our lives further be a problem?

The problem is not with technology but with government, or with governmental technology. There are fundamental political values at stake when the government seeks to intrude upon natural rights in the name of national security. The distinction between society and government makes political life possible. If subjects of natural rights are made to being willing, obedient bodies open to surveillance, they allow a governmental takeover of their diminished, purely biological, status. Reduced to a mere specimen in a biometric universe, the citizen will shift from a social to a territorial world. This is how people get transformed into population, how human life becomes data. It is easier for governments to control populations in the name of security than deal with people demanding rights. The erasure of the social turns society into government and citizens into governmentalised bodies. This is not Foucault’s “government of oneself”, where the citizen, dictated by truth, examines oneself, à la Mahatma Gandhi, and develops a paradox of freely questioning and, at the same time, obeying power. The nationalist citizen today is being drugged into being a non-thinking body where obedience is truth. It is an attempt to turn subjects into bodies that don’t resist the apparatus of dehumanisation. It is not a metaphysical concept but an anthropological condition. There is no self but government. The self becomes a managerial entity, a tool that follows and responds to commands, secure and securitised within the technological order of things. This emerging web of security will unleash a mass paranoia of biological invigilation and suspended criminality.

When he came to power, Prime Minister Narendra Modi promised people, “minimum government and maximum governance”. The opposite is now true. Governance has receded, allowing government to appear from everywhere. Not just the government of elected representatives, but the government of society, using different mechanisms of control. In active form, this is as Hindu vigilante groups and maniacal news anchors in the real world and trolls in the cyber world. In passive form, as people standing in long queues outside banks and ATMs dealing with demonetised currency. Only workers, students and other victims who publicly protested against discrimination, hate and violence have resisted society turning government.

The current regime has posed a new ethical and political problem for India’s democracy. It is time to bear in mind that only by refusing to be a body alone, yet not giving it up for abstract technologies of security, do we ensure not getting reduced into bogus citizens.