Prime Minister Narendra Modi also virtually unveiled a model of a proposed memorial dedicated to Bose, which will be constructed in the Andaman and Nicobar archipelago.

Image 2 of 9 : PM at the naming ceremony of 21 islands of Andaman & Nicobar after 21 Param Vir Chakra awardees via video conferencing on January 23, 2023.

The naming was done on the occasion of Netaji Subhas Chandra Bose’s 126th birth anniversary, which is officially observed as Parakram Diwas (Day of Valor). The prime minister also virtually unveiled a model of a proposed memorial dedicated to Bose, which will be constructed in the Andaman and Nicobar archipelago.

The memorial to Netaji will be located on Netaji Subhas Chandra Bose Dweep, which was called Ross Island before 2018. Facilities available at the site will include a museum, a cable car ropeway, a laser-and-sound show, a guided heritage trail through historical buildings and a theme-based children’s amusement park, next to a resto-lounge.

The largest unnamed island was named after the first Param Vir Chakra awardee, the second largest unnamed island after the second Param Vir Chakra awardee, and so on. The first recipient of the award was Major Somnath Sharma, who lost his life while fighting against Pakistani infiltrators near Srinagar airport on November 3, 1947. 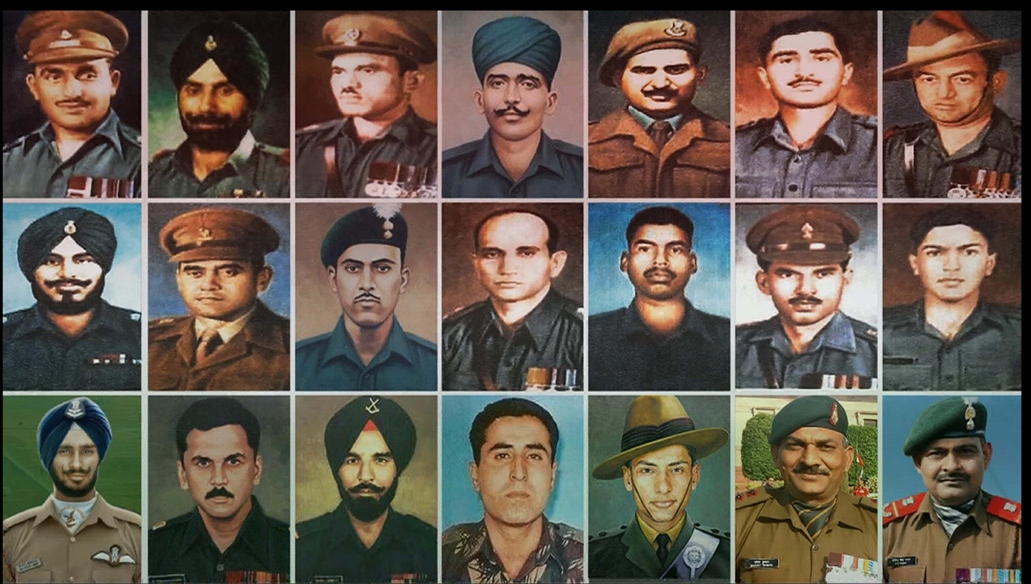 The 21 recipients of the Param Vir Chakra. Photo: pmindia.gov.in

Below are all the 21 islands that were named: