RSS Expects Vote Bank to Grow by 1.5 Crore Thanks to CAB

All Hindus, Sikhs and Buddhists from Bangladesh, Pakistan and Afghanistan who have been staying in the country for a decade are "natural citizens" of the country, the RSS says. 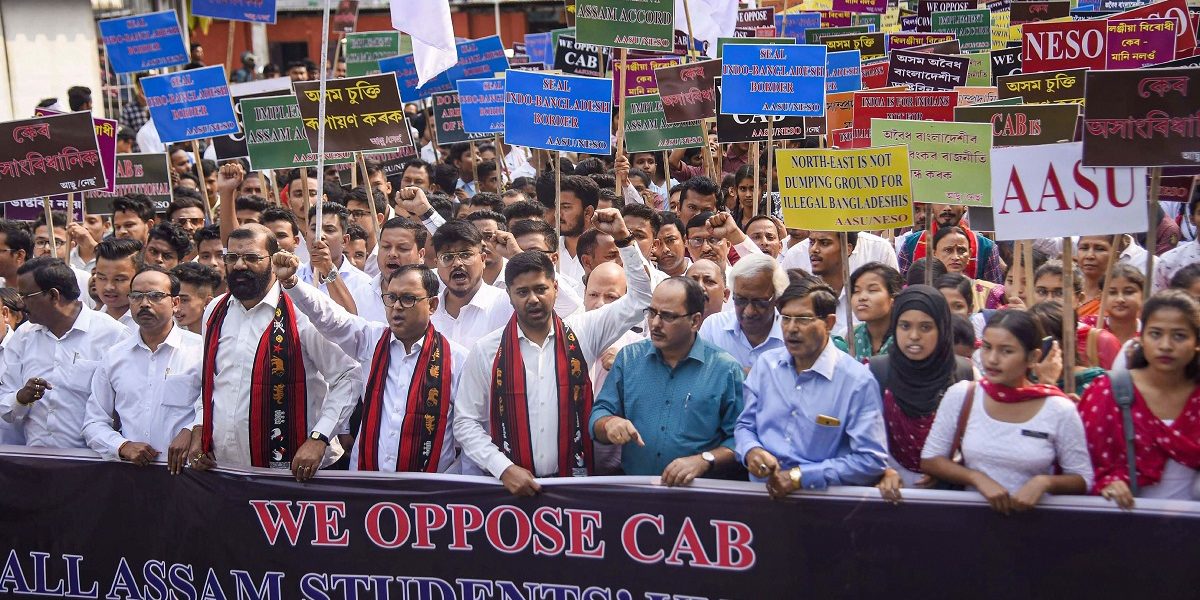 New Delhi: In an indication of how the Sangh parivar believes the Citizenship Amendment Bill will pay rich electoral dividends for the Bharatiya Janata Party, PTI reported RSS sources claiming as many as 1.5 crore people across the country would be direct beneficiaries of the new provision that bases the acquisition of Indian citizenship on religion for the first time in Indian history.

In an attempt to allay fears in Assam over the Bill – violent protests have wracked the state over the past 48 hours – the senior Rashtriya Swayamsevak Sangh (RSS) functionary claimed only six lakh people in the state would qualify for benefits under the CAB. He did not explain how he had arrived at this figure, or the figure of ’72 lakh’ for the number of potential beneficiaries in West Bengal.

All Hindus, Sikhs and Buddhists from Bangladesh, Pakistan and Afghanistan who have been staying in the country for a decade are “natural citizens” of the country, the unnamed RSS official asserted. Curiously, though the CAB includes Parsis and Christians too in the list of eligible minorities, the official did not name them as “natural citizens”.

“They are our people and more than 1.5 crores will benefit, out of which more than 50% are Scheduled Castes and Scheduled Tribes, who got citizenship, thereafter will get reservation benefits also,” he said. It is not clear on what basis the RSS has deduced that half this figure are SCs and STs.

The RSS official said the Sangh was planning a nationwide campaign right down to the panchayat level to make people aware of the benefits of the legislation.

This is the clearest indication yet that the RSS and BJP are looking at leveraging the CAB as a vote catching instrument, particularly in West Bengal.

The Citizenship Amendment Bill which seeks to give citizenship to non-Muslims from Pakistan, Bangladesh, and Afghanistan was passed by Lok Sabha on Tuesday and the Rajya Sabha on Wednesday.