Women Still Trail Behind Men in All Aspects of Life, Says UN 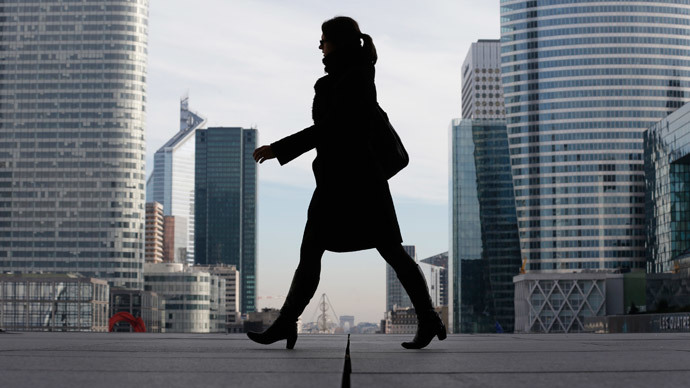 New York: The statistics unveiled at an annual meeting of women at the UN were disturbingly revealing: On a global average, women only make 77 cents for every dollar men earn.

There is still a “myriad of laws” in over 150 countries which openly discriminate against women, affecting more than three billion worldwide – and relating to virtually every aspect of women’s lives.

And more than half of all women workers around the world – and up to 90% in some countries – are informally employed, thereby losing out on equal pay and health and social security benefits.

An estimated 59% of women’s work in Latin America and the Caribbean takes place in the informal sector, with even higher levels among indigenous, Afro-descendants and young women.

The United Nations, which is currently struggling to resolve a widespread humanitarian crisis, also points out that half of the world’s 224 million migrants and 19.6 million refugees are female.

Symbolic of the low priority given to gender issues, only 35 out of 193 member states have provided inputs to the UN, on the review theme, of how lessons from the Millennium Development Goals are being reflected in their national processes and policies.

Still, advancing women’s equality in total could bring a potential boost of 28 trillion dollars to the global annual gross domestic product by 2025, according to the United Nations.

Addressing the annual meeting of the UN Commission on the Status of Women (CSW) in the week beginning March 13, speaker after speaker lashed out at the continued gender disparity worldwide which has reduced women – comprising half the world’s population – to “second class citizens”.

“Women rights and opportunities are consistently neglected and even under threat – in all regions,” warned UN Deputy Secretary-General Amina Mohammed of Nigeria, the second highest ranking official at the United Nations.

“Just look around at who are sitting in governments and boardrooms. Do you see equality?” she asked, striking a note of sarcasm.

The current 61st annual session of the CSW, the principal UN inter-governmental body on women’s rights and gender empowerment, which began March 13, continues through March 24 with the participation of nearly 4,000 delegates, academics and representatives of women’s groups and civil society.

The global pay gap, at an average of 23%, means that women are clearly earning consistently less than men, complained Phumzile Mlambo-Ngcuka of South Africa, UN under-secretary-general and executive director of UN Women.

“Women regard this as daylight robbery,” she told CSW delegates.

But despite the widespread denial of women’s rights and erosion of existing rights, there has been limited progress, largely in Asian countries such as India, Pakistan, Bangladesh and Sri Lanka which have produced women prime ministers and presidents, long before the Western world.

At a panel discussion hosted by Sri Lanka on March 15, the country that produced the world’s first woman Prime Minister Sirimavo Bandaranaike, the minister for women and child affairs Chandrani Bandara Jayasingha pointed out her country was empowering women in the social, economic and political fields through progressive law reform and by formulating gender-responsive policies and action plans addressing the needs of the communities.

She said the government is presently drafting a new constitution through an inclusive process, and accordingly, the inclusion of women’s rights in the fundamental rights chapter is also under serious consideration.

During the past two years, she said, the government has focused on developing and obtaining policies and action plans. These include addressing such issues as violence against women, female-headed households, women’s entrepreneurship development and institutionalising gender mainstreaming. “I am happy to report that cabinet approval has been obtained for all these policies and action plans.”

The minister said eradicating rural poverty is a major concern of the government, and the year 2017 has been declared as the year of poverty alleviation.

A recent initiative by her ministry is a policy directive issued by the treasury for allocating a minimum of 25% of the annual investment for economic development of rural women.

At another panel discussion on March 16 titled ‘Ending Violence against Women: Prevention and response in the world of work,’ Manuela Tomei, the director of the International Labour Organisation’s (ILO) Working Conditions and Equality Department, said that violence against women is a violation of human rights, a threat to women’s security and health and a threat to women’s empowerment.

She said that a survey conducted by ILO and Gallup found that one of the top three challenges women find in the workplace is “abuse and harassment”.

The world of work goes beyond the physical workplace to include commutes, social events and home, she said, stressing the importance of addressing the issue through an integrated approach that includes prevention, protection and assistance to victims.

Meanwhile, the number of women in executive government and in parliament worldwide has stagnated, with only marginal improvements since 2015, according to the data presented in the Women in Politics 2017 map released on March 15 by the Inter-Parliamentary Union (IPU) and UN Women.

The map shows a slight drop in the number of countries with a woman head of state and/or head of government from 2015 (from 19 to 17).

However, the data reveals a significant increase in the number of countries with a woman head of state and/or head of government since the IPU-UN Women Map’s first edition in 2005 (from eight to 17).

But progress in the number of women members of parliament worldwide continues to be slow. IPU data shows that the global average of women in national parliaments increased just slightly from 22.6% in 2015 to 23.3% in 2016.

Women speakers of parliament have, however, significantly increased in number, now at an all-time high of 19.1%, but obviously still far from gender balance.

“These developments show that progress in gender equality remains slow in all structures of power and types of decision-making.”

“Power is still firmly in men’s hands, and although we have witnessed some positive trends – for example, the current record number of 53 women speakers of parliament out of 273 posts, globally – much remains to be done if women are to play on a level field with men,” said IPU Secretary-General Martin Chungong.

The article was originally published on InDepthNews.net.