The revamped compensation scheme is a complete travesty of reparative justice to victims of gender-based crime and a disgrace to the constitutional obligation of the state to protect life and liberty. 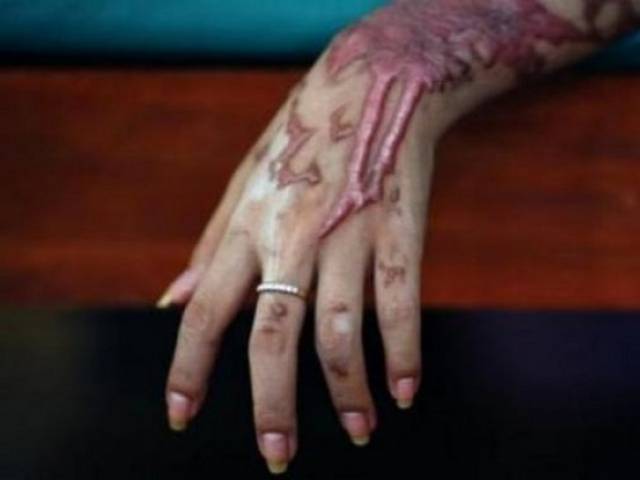 Under the modified scheme, the cost for plastic surgery in case of an acid attack was granted only if the victim’s face was disfigured. Credit: Reuters 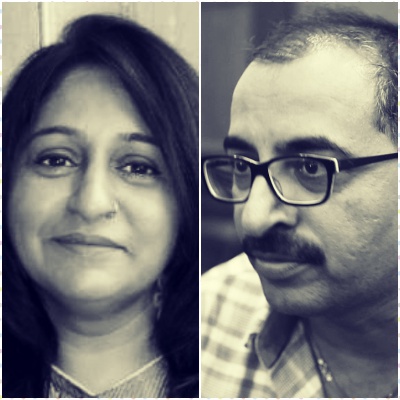 The revamped Manodhairya scheme of the Maharashtra government, providing compensation to victims of sexual and acid violence on women, announced a few weeks ago, has reiterated how farcically Indian law and legal mechanisms view and treat victims of heinous gender-based crimes.

Section 357A of the Criminal Procedure Code (Cr.PC), introduced in 2009, made it mandatory for every state government to draw up a scheme giving compensation to survivors or their dependants. The Manodhairya scheme was introduced by the Maharashtra government in October 2013 amidst considerable fanfare, but only after a public interest litigation (PIL) was filed before the Bombay high court requesting the court to direct the government to formulate the scheme.

The scheme provided for an amount of Rs 2 lakh to be disbursed to victims in instalments, which could extend up to Rs 3 lakh in cases of aggravated assault. The ceiling amounts that were fixed, and the compensation amounts determined and disbursed were ad hoc and defied any logic. The disbursement was made in instalments – 50% soon after lodging a first information report, and the balance amount on filing of the charge sheet by the police. The scheme clearly spelt out that the outcome of the criminal trial was not a criteria for eligibility to receive compensation. The Bombay high court, through a PIL initiated by the Forum against Oppression of Women (FAOW) – a women’s organisation – monitored the implementation of the scheme.

A man walks past graffiti protesting against rape in Jammu. Credit: Mukesh Gupta/Reuters

In late 2017, the Maharashtra government modified the scheme and introduced several clauses wherein the victim would have faced several hurdles in seeking compensation. For example, a new clause mandated 75% of the compensation amount to be kept in a 10-year fixed deposit in the case of adult women victims, and 20-year fixed deposit in the case of minor victims, and only 25% was made available for the victim to use, irrespective of the huge expenses in private hospitals and the reducing interest rates on fixed deposits. A ceiling amount of Rs 25,000 was introduced for interim compensation – a wholly inadequate amount. An absurd clause mandated the state government to pay up to Rs 1 lakh to the kin if the victim died subsequent to sexual violence, and upto Rs 10 lakh if she survived the attack with grievous injuries. In case of acid attacks, the cost for plastic surgery was granted only if the victim’s face was disfigured. Additionally, it made the Aadhaar number mandatory for claiming the compensation while the issue was pending before the Supreme Court.

The legal validity of these amendments was challenged before the Bombay high court. The court took serious note of the non-application of mind on the part of the state government, and through an order dated October 12, 2017, constituted a committee consisting of two high court judges, the advocate general and the secretary of department of women and child development. The committee met the stakeholders and NGOs providing socio-legal support to women, and drew up a new scheme. On November 30, 2017, this scheme was accepted by the court and thereafter began to be implemented by the Maharashtra State Legal Services Authority.

The new avatar and its ramifications

The new avatar of the scheme has introduced innovative ways for the state government to further deter the victims of sexual violence and acid violence from claiming compensation. For the first time, the scheme has introduced a clause by which ‘recovery proceedings’ can be initiated against a victim who had received a compensation amount, on grounds that any ‘relevant fact’ stated by the victim during an inquiry was found to be false, or if the victim “deliberately turned hostile in court”. The recovery will be made through the Maharashtra Land Revenue Code, from the victim or the guardian, through attachment or seizure of property, if the money is not returned to the government. It is shocking that the Bombay high court accepted the scheme with such regressive provisions, which aim at making the objectives of the scheme counter-productive and farcical.

Data received under the Right to Information Act by FAOW indicates that from October 2013 to January 2017, a total of 1,308 victims who were sanctioned compensation under the scheme were not paid. Out of the registered cases, only 34% of the victims have been paid any compensation at all by the Maharashtra government since the inception of the scheme. Against this backdrop of prevailing institutional apathy and culpable inaction, the latest provisions on recovery are a shot in the arm for public officials to actively cause further harassment and humiliation to victims through a seizure or attachment of their properties. 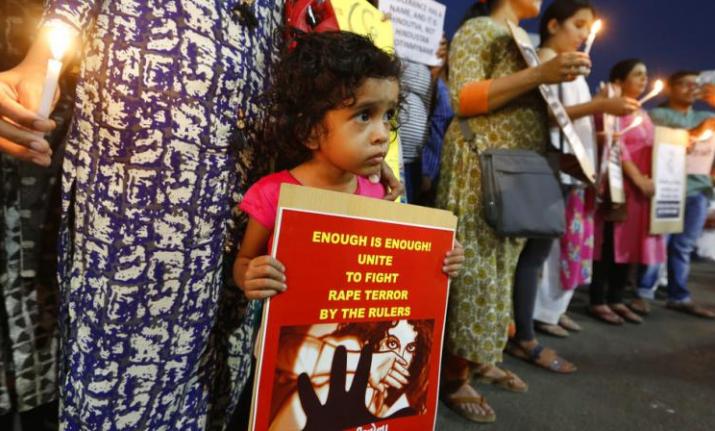 Out of the registered cases, only 34% of the victims have been paid any compensation at all by the Maharashtra government since the inception of the scheme. Credit: PTI

The compensation amount is often utilised by the victim for medical treatment, psycho-social and trauma counselling, legal fees as well as survival needs, such as food and shelter that are exacerbated by a loss of livelihood. Given the fact that the compensation amounts are miniscule, and many victims are poor, they are likely to have spent the amount soon after receiving the same. If the officials subsequently claim that a relevant fact stated by the victim during inquiry was false, they can require return of the amount. ‘Relevant fact’ is neither defined nor illustrated in the new scheme; it is left to the whims of the officials concerned. If the victim, in a state of trauma or depression, deposes that she was wearing a green dress on the day of the attack, instead of a blue one, or provides an erroneous date or time of the incident due to post-traumatic stress, that could lead to initiation of recovery proceedings. In the absence of a formal mechanism for victim support, is the government morally and legally justified in placing such conditionalties?

Similarly, “deliberately turning hostile in court” can also leave the victim vulnerable to recovery proceedings. Researches, such as Pratiksha Baxi’s ‘Public Secrets of Law’, indicate that rape trials are inundated with compromises that are actualised by the law of evidence – by prosecution witnesses (including the victim) turning hostile in court. India has no formal witness protection mechanism, leaving victims vulnerable to fend for themselves and pursue justice at all cost and over an extended period of time. The victim who turns hostile is, in any case, liable to criminal proceedings being initiated against her for perjury or contempt of court, as the Zaheera Sheikh case has illustrated.

International standards emphasise that state responsibility, within and outside of the criminal justice system, does not end with punishing the accused, but extends to enabling healing of the victim and providing her with forms of support that would enable her to lead a fuller life and overcome the often debilitating consequences of the offence.

The Basic Principles and Guidelines on the Right to a Remedy and Reparation for Victims of Gross Violations of International Human Rights Law and Serious Violations of International Humanitarian Law (referred to as the Van Boven/Bassiouni principles), adopted by the United Nations General Assembly in 2005, enshrined this state responsibility. A European Union Directive (2012) on the minimum standards on the rights, support and protection of victims of crime, provided for victim support services, including information on right to and procedure for availing of compensation. The Nairobi Declaration on the Right of Women and Girls to a Remedy and Reparation (2007) advocated for gender-sensitive reparations, in a context of imbalance in gender relations, to ensure a fair assessment, equal access to and benefits from state-initiated reparation programmes. Several countries, such as Australia, Canada, South Africa and United States, have enacted Charters on Victims’ Rights, providing for compensation as a right and entitlement of victims, and an obligation of the government. International jurisprudential developments are clearly in the direction of actualising state obligation to provide reparations (including compensation) to the victim of heinous crimes in a prompt, adequate, effective and appropriate manner through simple procedures.

Sexual and gender-based violence against women is rooted in gender and intersecting hierarchies, incited by a belief in women’s subordination and male sexual privilege. A compensation scheme that seeks to address such violence ought to be transformative – in design, implementation and intent. The Manodhairya scheme, even in its original version, fell woefully short of these standards. The latest version is a complete travesty of reparative justice to victims and an abomination of the Constitutional obligation of the state to protect life and liberty.