The Legal Dissonance Between Marriage and Rape in India

Although the recent judgement criminalises the rape of minor wife, until all marital rape is criminalised, there will remain a disparity in Indian law. 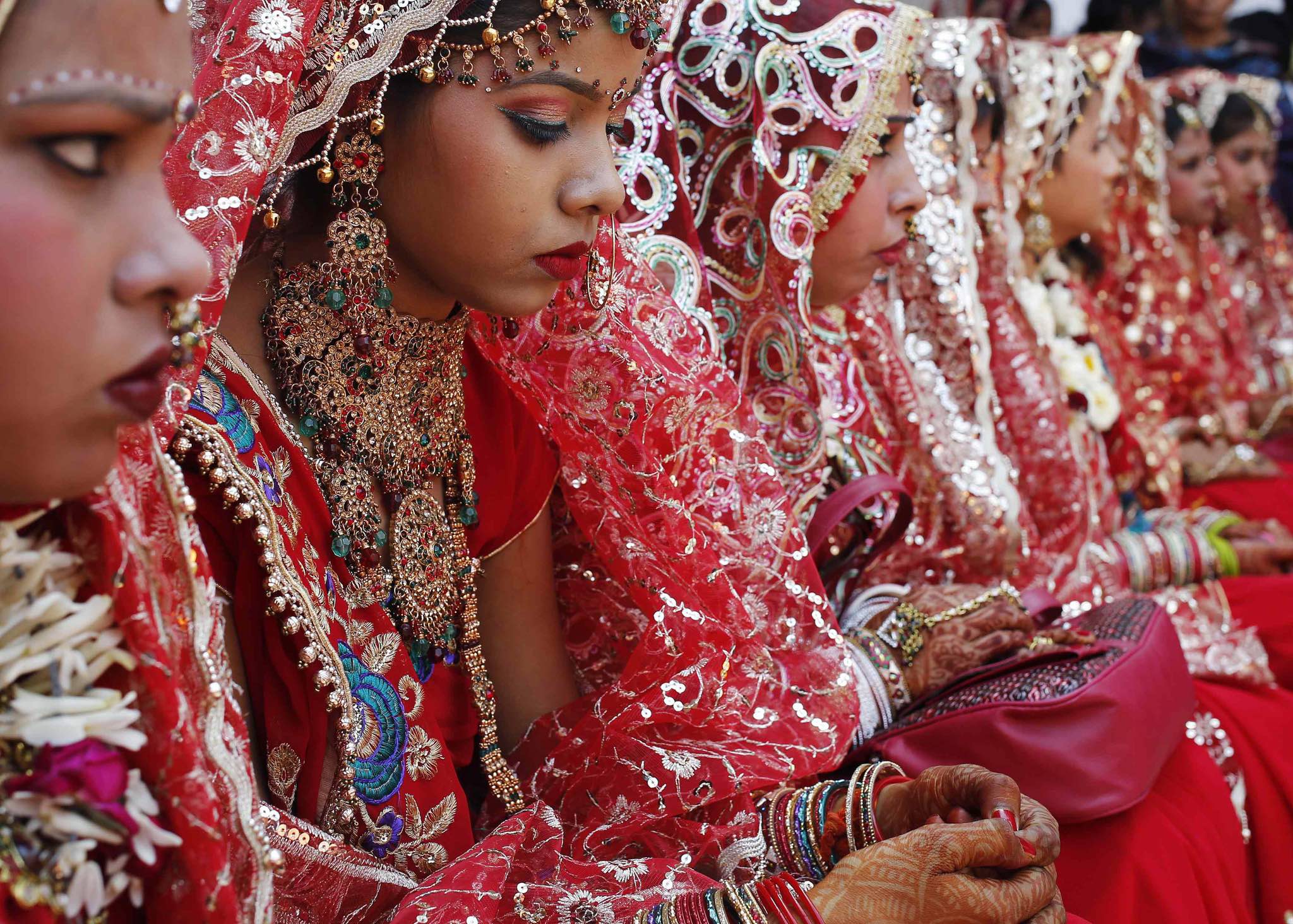 The government claimed there are 23 million child brides in the country. Representative image credit: Reuters/Anindito Mukherjee

“Sexual intercourse or sexual acts by a man with his own wife, the wife not being under fifteen years of age, is not rape.”

On October 11, 2017, the Supreme Court of India read down the exception to Section 375 of the IPC, holding that sex with one’s wife who is below 18 years of age is rape, whether or not the minor consents. Earlier, it was criminal only to have sex with a child bride below 15 years old and men were protected via Exception 2 which allowed sex with their minor wives if they were between 15 and 18 years of age, even if there was no consent. In effect, the IPC legally allowed a man to rape his underage wife if she was between 15 and 18 years old. Now, a man can rape his wife only if she is above 18 years of age. The Exception 2 now reads:

“Sexual intercourse or sexual acts by a man with his own wife, the wife not being 18 years, is not rape.”

The above situation and reality of India’s legal provisions sound like it might be part of a badly written movie script. It is not – it is the miserable and terrifying reality of hundreds of women all over India who have no recourse to the criminal justice system if they have been raped by their husbands. Now finally, a bench of Justice Madan B. Lokur and Deepak Gupta have read down the exception but only so far as to apply to child brides. A welcome move, this Public Interest Litigation, filed by NGO Independent Thought, saw many twists and turns. The Government of India shamefully argued that the exception should be allowed stay as removing it would endanger the institution of marriage in India and that the 23 million child brides in India would ‘suffer’.

The retaining of this part of Exception 2 would have resulted in an incongruity in the laws for many reasons. For one, it is statutory rape if a man above 18 years of age has sexual relations with a girl below 18 years of age, even if it was consensual. Secondly, under the Protection of Children from Sexual Offences Act, 2012 (POCSO), raping a child is an offence, and a child is defined as any person below the age of 18 years. Thirdly, Section 5 of the POCSO Act defines what ‘aggravated penetrative sexual assault’ is and clause (n) states that:

“Whoever being a relative of the child through blood or adoption or marriage or guardianship or in foster care or having a domestic relationship with a parent of the child or who is living in the same or shared household with the child, commits penetrative sexual assault on such child.”

In the case of live-in relationships, once again, it is murky waters, as live-in relationships have been held to be ‘marriage-like’ but yet not marriage-like enough, allowing the rape provisions to apply. There is a presumption of marriage, if a man and a woman have lived together for a long period and had children but a woman in such a situation can take recourse to the law if she was raped as she is technically, not married.

Finally, to re-examine the issue of marital rape that is still legal and acceptable in India, many prominent voices have defended the exception clause, stating that it was a myth that married women had no recourse to the law in case of rape by her husband and that just because the IPC has a provision that makes it legal, this does not mean that Indian women were left completely high and dry. They are talking about the Protection of Women from Domestic Violence Act (DV Act) as well as Section 498 of the IPC. Under the DV Act, a women can file for protection and other relief in the event of sexual abuse at the hands of her husband. Therefore, it is considered wrong enough by the law that she can obtain a protection order, a residence order or monetary relief, among other reliefs, but not wrong enough that he must be tried and punished.

A bonus fact: under the IPC, if a married man has sexual intercourse with his legally separated wife, he can be punished for rape. As per Secion 376B, a man who is legally separated from his wife under a decree of separation or otherwise, can be punished for raping his wife. Once again, a legal fiction created due to the Indian obsession with marriage and its illogical connection to a man’s right to sexual intercourse and to a woman’s body. The recent Right to Privacy judgment by India’s Supreme Court examined in detail the concept of personal autonomy and its relation to privacy, the right to privacy of rape survivors and the right to privacy in relation to abortion but sadly, missed a historic opportunity to enlarge the concept of privacy with respect to marriage and a woman’s right to her body.

The is logically dissonant and ethically reprehensible. A social, cultural and legal fiction, marriage cannot be used to bypass basic principles of criminal jurisprudence. Rape is a crime and whether one is married or not; wearing a short skirt, a saree or walking on the road naked; whether she is a sex worker or someone who likes to have casual sex; whether she said a feeble no or a resounding one; whether she was used to a ‘Western’ decadent lifestyle of drugs and parties and male friends, or she spent her life in libraries – rape is rape. Rape is a crime. There can be no justification for it, no excuse, and it is criminal that the Indian government, bound by the constitution of India, thinks it is completely okay to defend the ‘institution’ of marital rape.

Urmila Pullat is a lawyer and researcher, and runs the India desk for the Asian Human Rights Commission (Hong Kong).