Temple or Dargah, Restrictions on Women Are Nothing But Ways of Imposing Patriarchy

The notion of women's inferiority and impurity persists across religions 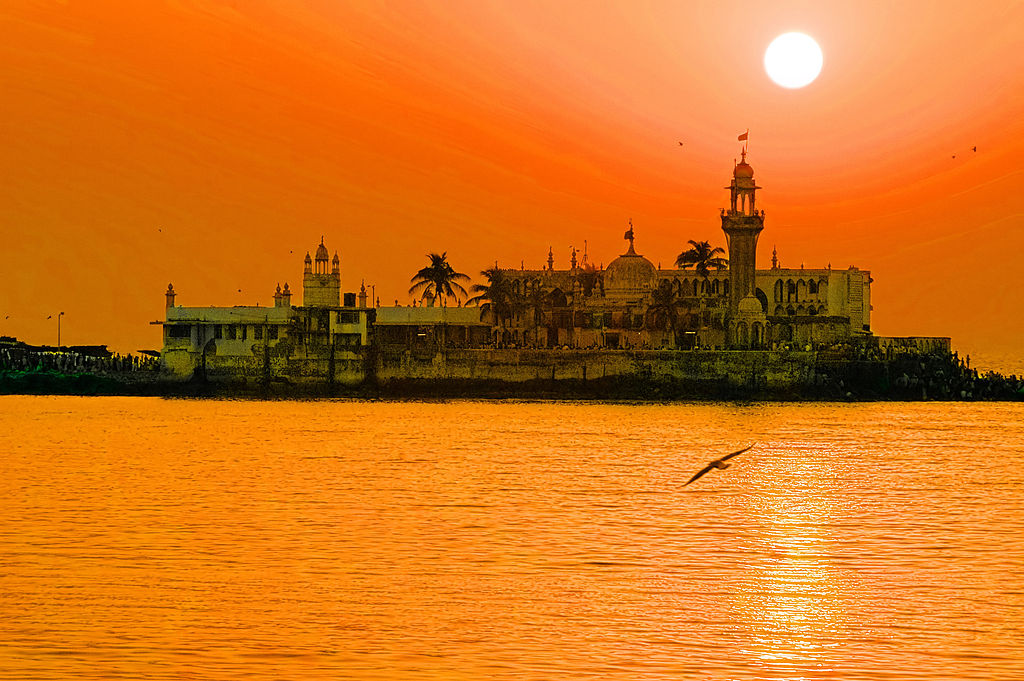 Across the religious divide, women are staking their claim to equality and causing a  dent in one of the strongest bastions of patriarchy. Whether any authority governing a place of public worship is empowered to prohibit women’s entry, in clear violation of the constitutional mandate of equality, is the issue which our courts will have to decide in the near future. The verdict will be a landmark ruling within Constitutional law and will have a far-reaching impact upon women’s rights in other spheres as well.

At one end is a petition filed by the Indian Young Lawyers Association seeking a direction for striking down the rule of barring women from the renowned Sabarimala  Ayyappa temple in Kerala. While hearing this petition recently, a three judge bench of the Supreme Court headed by Justice Deepak Misra questioned the basis of such prohibition.

At another level a group of Muslim women staged a protest demanding entry into the sanctum sanctorum of the historic Haji Ali dargah, claiming that the restriction is of recent origin and is arbitrary since several dargahs in Mumbai permit women to enter the inner sanctums of a dargah. In response to a petition filed by two Muslim women which is pending before the Bombay High Court, the representatives of the trust which  manages the affairs of the dargah stated that women are provided separate entrance to “ensure their safety”. They also claimed that if men and women are allowed to mingle, it would not only distract men but also would be against the tenets of Islam. But the women have scorned at this saying that the discrimination is based on patriarchy and not religion.

Women have also been protesting outside the Shani Shingnapur temple in Ahmednagar claiming their rights to offer prayers at the inner sanctum of temple. But the authorities have refused to allow this, claiming that this restriction is based on Hindu tradition and culture. The authorities of the Sabarimala temple justify the ban  on the ground that since Lord Ayyappa, the temple deity, was a Brahmachari, menstruating women will “pollute” the deity. The common thread that runs through these excuses is patriarchy which is premised upon the notion of women’s inferiority and impurity, which then becomes a justification for their subordination. The other connected thread is the perception that women are evil seductresses who have the power to tempt men even while they are engrossed deeply in prayer and worship. The recurring motif of Eve, who brought about the fall of the mankind by luring Adam into sin and was banished forever from the Garden of Eden, a concept rooted in Judeo-Christian tradition, becomes a theme across different civilizations and religions.

The concept seems to have been introduced during the later  period of civilization when  patriarchy was taking roots, when political power came to be vested in kings and joint family structures with a patriarch at its helm, and private ownership of agricultural lands was introduced, overthrowing the earlier civilization of the food gathering stage, with group living and common ownership of land as its main characteristics.

It is during this transition that women appeared to have lost their superior position which they held at the dawn of civilisation. At this period, when men went out hunting, women who stayed behind in their caves observed natural life cycles and seasons and progressed from food gathering to early agriculture. It was believed that women are possessed with the divine power of reproduction and the embodiment of this power was their menstrual cycle which coincided with lunar cycles. Hence, the seeds which were sown were mixed with the life giving menstrual blood.

The Vedas refer to menstrual blood euphemistically as kusum (flower), pushpa (blossom) and jivarakta (the giver of life). The woman was the embodiment of strength, — Shakti — and could kill evil demons in the form of Durga and Kali. There is also mention of women like Gargi who challenged sage Yajnavalkya on religious philosophy. Our folklore, mythology and scriptures are filled with images of strong and powerful women.

In ancient Greek religion, there were women priestesses who presided over festivals and religious rituals. Women priestesses served as oracles, the most famous of them was the Oracle of Delphi. The fame of the priestess of the Temple of Apollo at Delphi had spread throughout the Greco-Roman world.

Feminist anthropologists and historians subscribe to the belief that patriarchy introduced the idea of women’s impurity to reinforce male supremacy. Gradually, as patriarchy took root, women were chastised for their power of healing and prophesying, and during the medieval ages, many healers and midwives were burnt as witches. So scared was the medieval church of Europe of women’s blood that it was believed that even if a drop of blood was spilt on the ground, the witch would be reborn.

Hatred towards women and fear of their sexuality is deeply ingrained in Christianity and discrimination against women is palpable within religious worship and practice. Though there is evidence within early church traditions that women occupied important positions as preachers, they were later barred from holding such positions. The fear of women and their sexuality still reigns, but women have challenged this notion and have succeeded in getting themselves ordained as priests and bishops within some progressive churches.

The petitions pending before various high courts and the Supreme Court will open up more avenues for women. The legal position regarding this issue is not clear. The Bombay High Court has clearly stated that it will wait for the Supreme Court to lay down the legal position. The women lawyers who approached the Supreme Court have invoked Articles 14 and 15 to strike down the rule framed under the Sabarimala temple administration trust which contains the discriminatory rule which prohibits entry of women between the age of 10 and 50.

Regarding the Haji Ali durgah, while the petitioners have invoked articles 14 and 15 the authorities have claimed that there is no discrimination as they have provided a seperate entrance to women to ensure their safety.  They have also relied  upon Articles 25-28 which ensures the right of minorities to manage the internal affairs of their religion and religious institutions. A petition challenging the discriminatory provisions of the Shani Maharaj temple has been lying dormant in the High Court, and some groups are trying to infuse some life into it by filing intervenor applications so that the Petition is given a new lease of life and can now be heard in the present context of the present controversy. So overall it will be interesting to watch how the courts interpret the provisions of equality and non discrimination when tested against culture, tradition and minority rights.

While protest marches and writ petitions are important, I feel the “Happy to Bleed” campaign initiated by a young college student, Nikita Azad, hits the nail on its head and challenges patriarchy at its core. This was in reaction to a statement made by the  head of the Sabarimala Temple Board, in November last year, that women would be able to access the temple only after a machine, like a body scanner, is created to determine whether a woman is “pure” to go on the pilgrimage to the temple.

Flavia Agnes is a women’s rights lawyer based in Mumbai.