'Someone Has to Stand Up to Goons From Influential Families. We Are Standing. So Long as We Can.'

The stalker was a BJP leader's son, his victim the daughter of an IAS officer. But the incident which played out in Chandigarh on Friday happens whenever men think they have the right to do as they please with women. 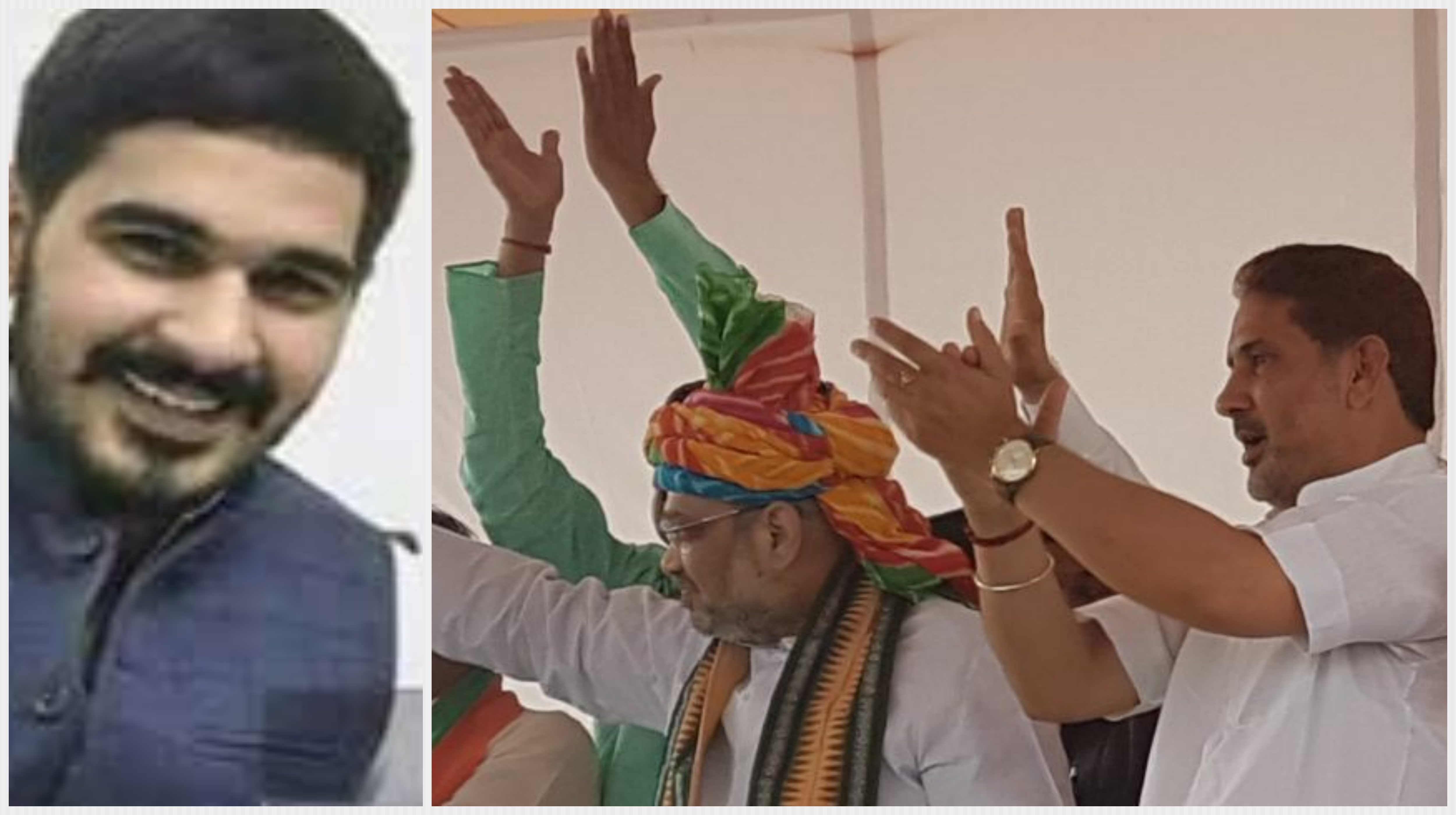 Vikas Barala (left), one of the two men arrested by the Chandigarh police for stalking and attempting to abduct her; He is the son of BJP Haryana chief Subhash Barala (extreme right) seen here in a file photo of a political rally with BJP president Amit Shah. Credit: Facebook

New Delhi: Two persons, including the son of a senior Bharatiya Janata Party politician, were arrested for allegedly stalking a woman in Chandigarh in the early hours of  Saturday.

In her complaint, the woman, Varnika Kundu, accused Vikas Barala, son of Haryana BJP chief Subhash Barala, and his friend Ashish Kumar of stalking her through the streets of the city after which they were arrested and later  released on bail.

“We arrested both Vikas and Ashish and later they were bailed out,” Deputy Superintendent of Police, Chandigarh, Satish Kumar said.

According to PTI, both men were booked under section 354 D (stalking) of IPC and 185 of the Motor Vehicle Act (driving by a drunken person or by a person under the influence of drugs).

The Hindustan Times reports that even as Kundu and her father arrived at the sector 26 police station around 2 am to file a complaint, “BJP leaders from Haryana started coming to the station, sources said. Desperate calls to various senior police officials with ‘Dekh lo’ (‘please see’) requests started forcing many of the officers to either put their phones on silent mode or switch them off… Before the accused duo got bail, many Haryana leaders were there at the police station throughout Saturday.”

Varnika Kundu is the daughter of a senior Indian Administrative Service officer in Haryana, Virender Singh Kundu. On Sunday, he described the circumstances of the crime in a Facebook post. A bureaucrat in Chandigarh told The Wire the fact that the father has had to take recourse to social media to seek support is itself an indication of the uphill battle he knows his daughter is likely to face in her quest for justice.

My daughter Varnika was returning home around midnight yesterday in her car when a couple of goons started following her in a Tata Safari. This started at 12:15 am in Sector 7 market. They tried to block her car at the traffic signal, but she showed presence of mind and sped away. They chased her and blocked her way time and again. She again manoeuvered away. She called the police while driving and informed them. The goons continued to chase her and attempted to block her for a few kilometres. She sped thru all red lights, but had to stop at a signal as there were cars there. She swerved through the traffic and the stalkers followed her brazenly. One of the goons jumped out and tried to enter her car. She somehow manoeuvered an escape while honking continuously. Police guys from a PCR ran to apprehend the goons. They called us, and we went to the police station in sector 26. The filing of the complaint and their medical examination etc took four hours. But the FIR was finally lodged and the goons arrested.

Chandigarh police was pretty efficient and helpful. They intercepted the goons, were responsive to Varnika’s distress calls, and were neutral in filing the complaint.

We are thankful that she survived this ordeal. The goons had a very clear intention of abducting her, and she escaped due to her courage and presence of mind, but it was a very close call, and her trauma is unimaginable. I suppose it will take her a long time to go back to a normal life.

As a father of two daughters, I feel compelled to take this matter to its logical conclusion. The goons must be punished, and the law must take its course. As would be expected, the goons are from influential families. We all know most such cases of harassment go unpunished and even unreported. Most people would not want or dare to take on goons from influential families. I feel if people with some privileges like us cannot stand up to such criminals, nobody in India can. More importantly, I will be failing in my duty as a father to my daughter if I did not stand with her completely in this matter.

I am sharing this with you all for two reasons. One, to give a true and clear picture of what happened. Two, to get some assurance of support in case its needed.

Our clear intention is to bring the culprits to book. We do not intend to harm the families or relatives. However, we know it’s not going to be an easy struggle. The possibility of harassment and witch-hunting, threats and even physical harm is undeniable, even though unlikely. Influential families can sometimes take desperate measures to discredit or disable the complainants. Sane friends may advise us against our course of action. We may be foolhardy.

However, I know that the trauma and hurt my daughter has undergone cannot be undone. If we do not persist in trying to bring the guilty to justice, more and more daughters will suffer this hurt. Maybe some may not be as lucky as Varnika. Someone has to stand up. We are standing. So long as we can. 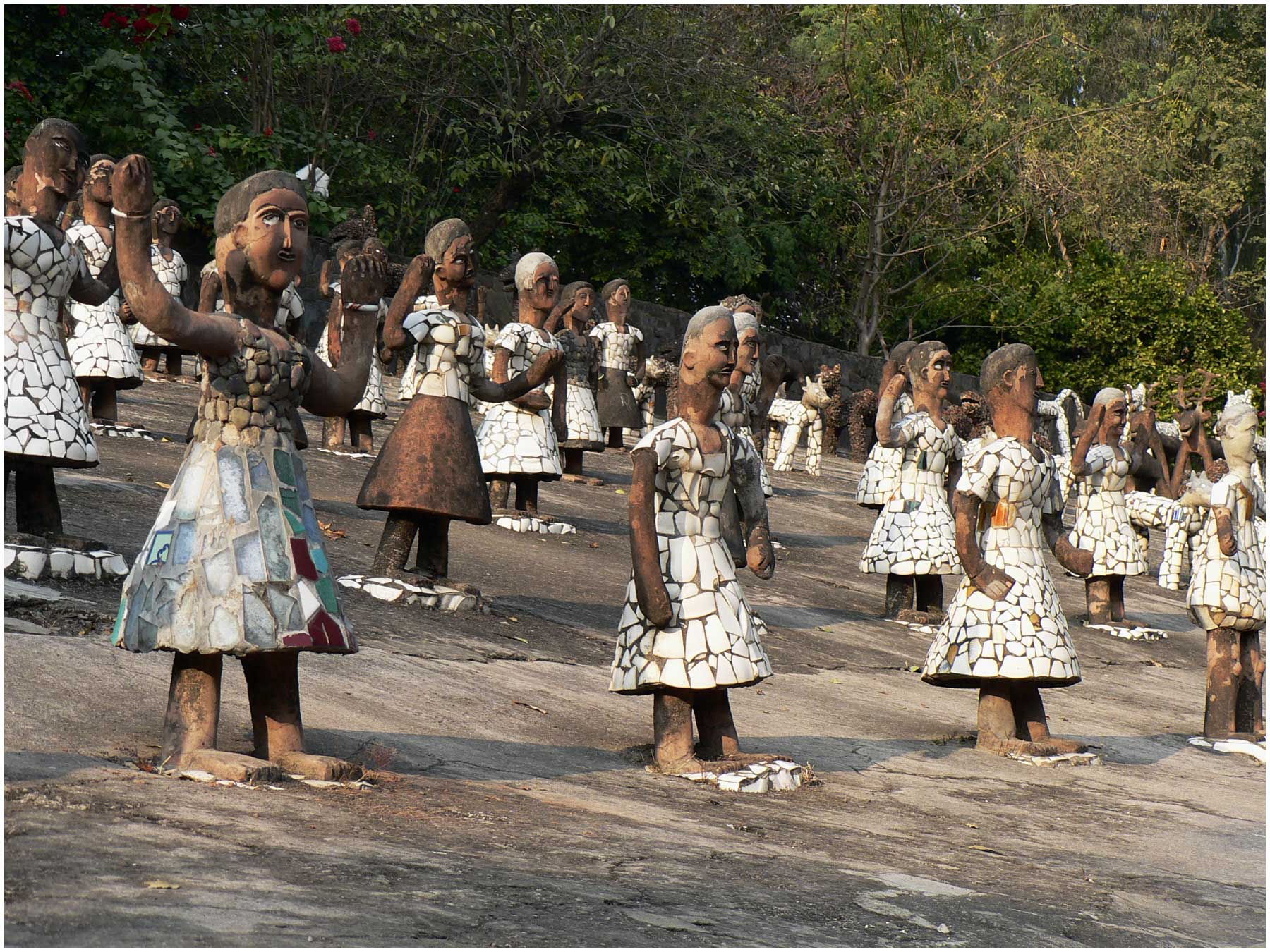 Speaking to the Times of India, senior Haryana IAS officer Ashok Khemka said, “The girl has handled a nightmarish situation very bravely. To deter such occurrences in the future, the criminal justice process must be fast-tracked. The brave father should not be victimised for the support to his brave daughter. The political party must demonstrate determination in Beti Bachao through real action.”

Was almost kidnapped on a Chandigarh road last night

That being said, I’d like to take a moment to commend and thank Chandigarh Police for unparalleled efficiency and attention to a distress call from me. They almost restore my faith in the system.

Here’s what went down;

I was driving home from the sector-8 market at about 12:15am, and crossed the road into sec-7, where the petrol pump is.

I was also on the phone with a friend at the time, and realised about a minute later that a car was following me.

It was a White SUV, and as I noticed it, it pulled up and started driving alongside my car. I was now in sec-7, heading towards the lights next to St.Johns’ in 26.

There were 2 guys inside the SUV, and they seemed to really be enjoying harassing a lone girl in the middle of the night, judging by how often their car swerved,
just enough to scare me that it might hit me.

By now I was totally alert and mildly panic-y, so I decided to turn right from the St.Johns’ traffic lights towards Madhya Marg (a more crowded, seemingly safer road).

I tried to turn right from the lights but the SUV blocked my way, forcing me to go straight into sec-26.

At the next turn, I tried to turn again, but this time they went a step further;

Right at the turn, they blocked the road in front of my car, and the guy in the passenger seat got out of the car and started walking towards me. I reversed as fast as I could and went straight and took the next right turn before they could catch up again.

I used this time to also call the cops at 100, and explain to them the situation and my exact location and where I was headed. The cop who answered my call, intuitively sensed the urgency in my voice, and promised me that help would be along very soon.

I hung up and had now reached the main road, and hadn’t seen the SUV for about 15 seconds, so I hoped, that they’d seen me calling the cops and disappeared. I was wrong.

I was now on a straight road for about 5-6kms (Madhya Marg), and that entire time, the SUV stayed alongside my car, trying to bully me into stopping every 10-15 seconds LITERALLY.

I was in a full-blown panic attack by now because they would keep trying to corner me, and I’d somehow manoeuvre my way out and keep moving.

My hands shaking, my back spasming from fear, half in tears, half bewildered, because I didn’t know if I’d make it home tonight.

Who knew when, or if, the cops would show up.

These guys INCESSANTLY bullied me all the way to Solitaire(end of 6kms), and at the traffic lights, blocked my car for the final time.

This time they meant business, because they left me absolutely no space to move or escape, and the passenger JUMPED out of the car and moved towards mine.

I don’t know how, but I reversed my car and moved to the right where there was space, all this while constantly honking so the few vehicles around would know something was wrong.

At this point, the guy had reached my car, banged loudly on my window, AND TRIED TO OPEN THE DOOR HANDLE!

Just as he did this, I saw a PCR pull up at the lights, quite possibly in response to my call. They heard me honking, and saw the SUV swerving left and right in an attempt to block me, and a couple of cops ran out towards the SUV, nabbing it just in time, because they were blocked in by traffic.

I, still shaking from fear, drove straight home, and told [my father] what happened, getting him back with me to file the complaint.

The 2 boys, who of course, are from influential families with political connections, have been arrested and the complaint has been filed.

At the risk of sounding redundant, I need to mention and thank [Chandigarh] Police again because had it not been for their timely response, I might not be writing this status today.

If this is what women deal with in one of the safer cities in the country, where are we going?
I find it shocking, that in a place with cameras at every light and cops every 200 metres, these boys thought they could either get into my car, or take me into theirs, just because they’re from an influential background.

I’m lucky, it seems, to not be the daughter of a common man, because what chance would they have against such VIPs?

I’m also lucky, because I’m not lying raped and murdered in a ditch somewhere.

LADIES! Please be proactive about your own safety;

NOTE THE NUMBER OF ANY VEHICLE THAT TRIES TO HARASS YOU.
DON’T BE AFRAID to call the cops, The minute it starts!
Call your parents, if possible, and let them know where you are and the situation you’re in.
Try and run away, in the safest way possible.
YOUR LIFE IS PARAMOUNT! If he walks towards you, use whatever you can as a weapon.
I was never a big fan of weapons, till last night.
Whether it’s a gun or mace or taser or a golf club or a knife,
it’s going to make you feel safer and more confident.

Note: The article has been edited at 7:28 pm on August 6, to add the name of the young woman, which The Wire had earlier withheld. In a message to an editor of The Wire, Varnika Kundu wrote: “You may use my name. I’m taking an active stand now to not hide my identity.”