'Feminism on Social Media Isn't the Only Kind There Is': Madhavi Menon

Movements like #MeToo should develop in conceptual directions that actually challenge the status quo rather than reinforce the ideology that men are horrendous and women are pathetic. 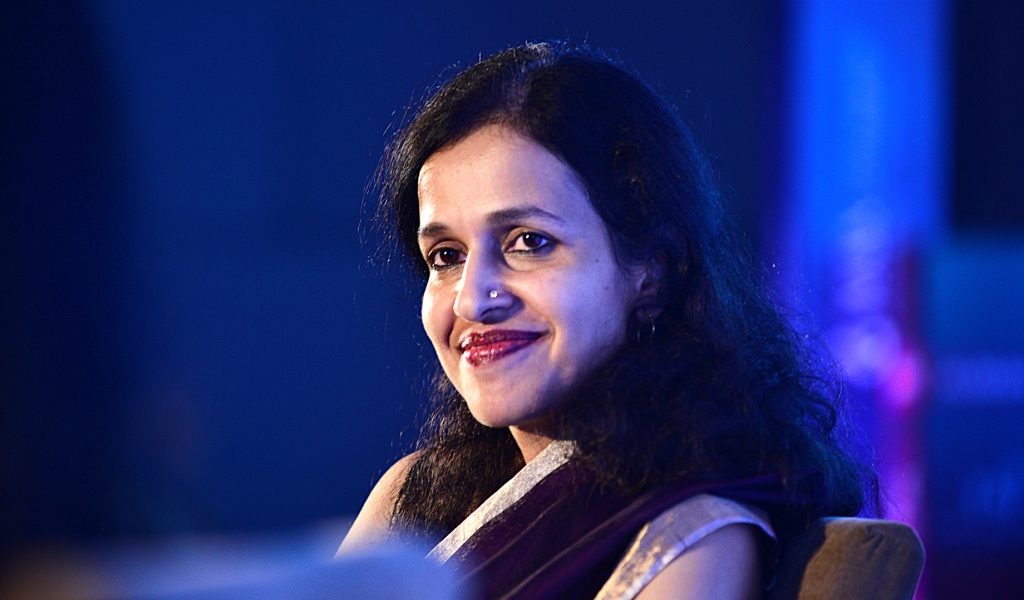 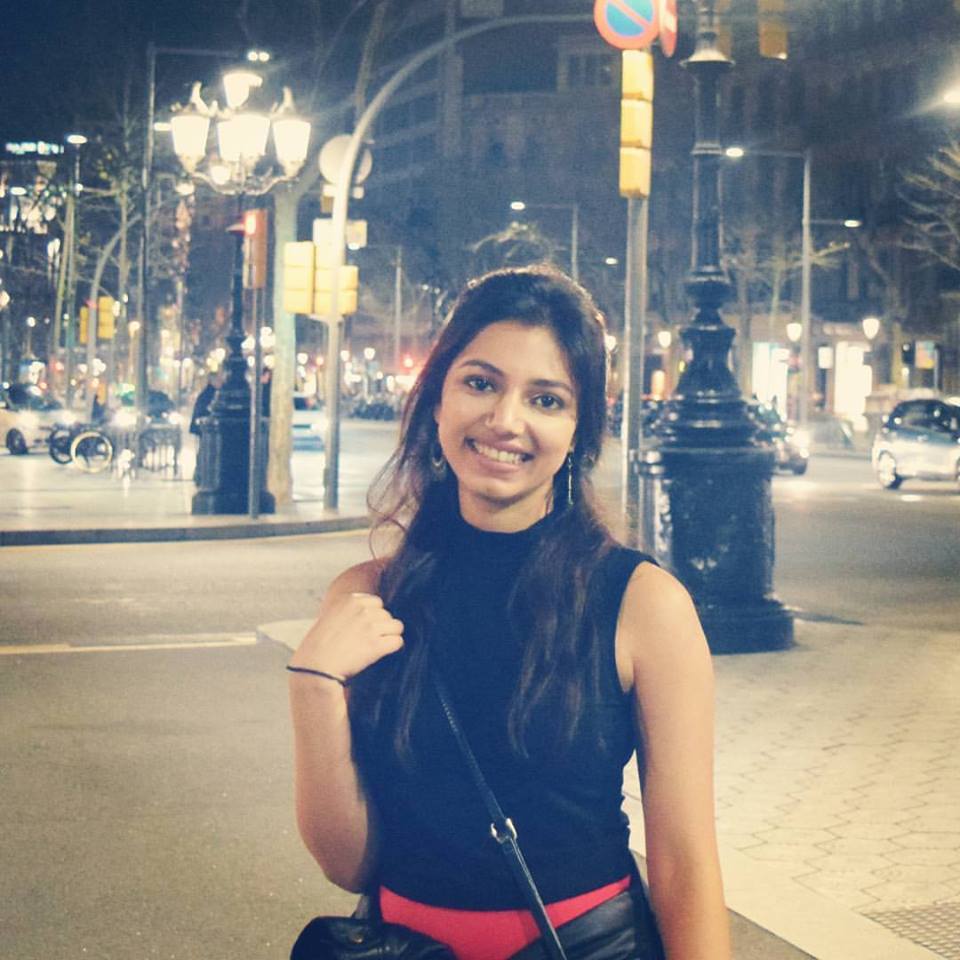 Professor Madhavi Menon, author of Infinite Variety: A History of Desire in India, has written extensively about iterations of desire in Indian history. As English faculty member and director of the Center for Studies in Gender and Sexuality at Ashoka University, her work and teaching responds to activism around gender, sexuality and desire as it manifests on the ground. These observations will feed into her next project on law and desire in contemporary India. The Wire spoke to Professor Menon about some of the issues that will shape this work – the recent ‘progressive’ judgements of the Supreme Court, feminist activism on social media, and what desire can look like in the wake of #MeToo. Excerpts from the interview.

Do you think social media vigilantism, for lack of a better word, is the best way to initiate legal reform – or that it is even necessary? If the law doesn’t translate to productive change or isn’t nuanced enough to address all shades of any issue, is it worth trying to reform laws or does something more radical need to take place?

It’s a difficult question. I’m not on social media, so I have a very skeptical view of it.

I think it’s too much clamour, too fast. I believe – not just because of my profession but also because of my temperament – that people need to slow down and think about things a bit more. People need to read more, think more, talk more before arriving at conclusions. To my biased mind, social media does not allow the time for that. Which is not to say it’s not enormously powerful – millions of people are on it. Of course one can’t dismiss it snobbishly.

I think it would be wrong to say that the social media chapter of feminism is somehow lesser than or greater than other chapters of feminism. Different chapters take different forms, and this is one of them. The problem is that this chapter – and I think this is a marker of social media – likes to think of itself as being the only thing there is in the world. Whereas, feminism really has been an ongoing struggle for centuries. I think it would be a mistake to forget those kinds of cumulative, sometimes extremely frustrating gains that have been made or to think that this is the only moment now. But perhaps the critical distance and analytical purchase will come at a later stage in the process.

Do you think that the way forward can be to siphon all of this anger and energy on social media into something more organised? Activist and NGO organising have precedents that enable constructive work and have broad bases among various sectors of society. Since one of the biggest critiques of the social media chapter of feminism is that it is somewhat insulated and exclusionary, can organised activism resolve that?

I’m not sure I agree that it is exclusionary in the sense that a lot of people have already said, which is that this is a movement for urban women rather than rural women. That doesn’t strike me as being a particularly useful comment because urban women too are women. So to suddenly say “oh you can’t have a voice because you have more money” is actually rather stupid.

The bigger problem is the conceptual language that we use. And here, Anglophone people are at a disadvantage because, quite literally, the language we speak is a language of Western epistemology. I read recently about how the National Council for Women might want to come up with a different law mandating appropriate sexual behaviour at the workplace. It’s early days yet, so it’ll be interesting to see how it develops. But if it develops in the way that the Sexual Harassment in the Workplace law developed, then this is a wasted opportunity because that law, and the law against rape, all only envisage greater policing and greater punitive punishment.

When we are caught within that conceptual framework, our only recourse seems to be more punishment, more surveillance and more beating into the ground of people’s roles. This is where non-Anglophone people, because of the conceptual baggage involved, might be more interesting to listen to. We have to develop a critique of fixed parameters and categories. Capital punishment is not going to solve the problem of rape.

What constitutes the major concern of the #MeToo movement – sexual harassment – to me seems to be not necessarily the most significant portion of what women suffer on a daily basis. Why aren’t we having great outpourings for the kind of sexist language we are subjected to almost every day in the workplace, or for the kind of condescending attitudes that men display towards us? All these things add up to a certain kind of self-image, a certain kind of career success or lack thereof that we suffer from on a much more intimate and immediate basis.

Sexual violence has been reified as the most important space of violence, which I don’t think is the case. The #MeToo movement, I hope, will develop in conceptual directions that actually challenge the status quo rather than reinforce the ideology that men are so horrendous that they need to be killed and women are so pathetic that they can only be seen as victims. I think that’s a dangerous position to reify. 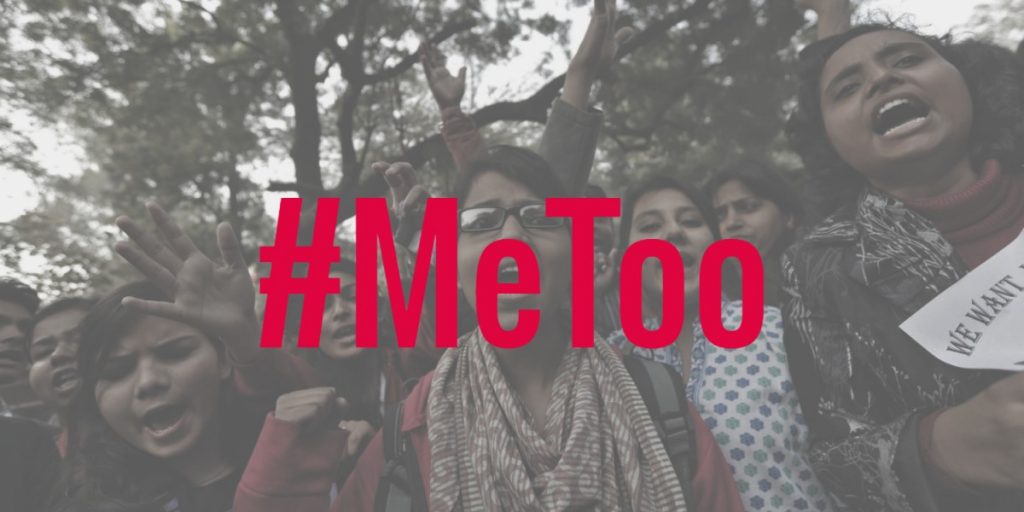 One of the critiques of #MeToo – not necessarily legitimate but worth discussing – is whether desire can manifest in a workplace or in any setting where there is potential for sexual harassment. If we haven’t yet worked out the line between appropriate sexual behaviour and harassment, is it better to shut down our desires altogether?

I think there have been some studies in the US and Europe that say younger people are having less sex than they used to. I think that’s actually quite a tragedy. I think it’s very clear when a certain line has been crossed and when it hasn’t. Certainly, these lines will be different for different people, and one can say yes or no in different ways. The basic premise that cuts across all these situations is that one shouldn’t force anyone into anything – having sex, getting work done, anything. Beyond that, trying to write down rules for every situation is absolutely counterproductive.

I think people need to be able to express attraction, need to know that that expression can be extremely unskilful at times. People need to acknowledge also that the decisions we make in response to those propositions might also be unskilful. But so what? Unless it leads to a situation of absolute danger or violence, these are experiences we should learn from. I fear we live in a world where the idea of failure is so hideous a spectre that we cannot bear to think of a bad sexual liaison. We can’t think of failing in a relationship. But we need to have bad relationships. We need to make bad decisions in order to know what good decisions are. As long as this doesn’t involve violence, variously defined by different people, we should continue to make these decisions.

Also read: ‘This Is the Decade of Awakening on Women’s Rights’: Novelist K.R. Meera

I was having a conversation with a friend the other day about having to work with people accused of sexual harassment. It raises a larger question: is there nuance to blanket proclamations like #believewomen or must we initiate complete boycotts in service of the larger movement?

I think a large part of that is individual; I don’t want to be prescriptive. What I can say, though, is that if we insist on boycotting everyone accused of sexual harassment, we’d be boycotting a whole lot of people.

It’s not a question or rehabilitation necessarily. It’s pretty clear that the criminals, the Harvey Weinsteins of the world, are beyond rehabilitation. We’re talking about people who habitually behave badly with women. For me, what’s much worse than an isolated case of harassment is men who, on a daily basis, speak leeringly or make inappropriate assumptions about women. It matters less if they have or have not written a text to a woman that is sexual in nature. I think we need to take on these men on a daily basis and not flashily or only on social media with big names involved. Maybe that’s my bias because I’m a real Luddite, but I think it’s important.

What can safety look like if women ask for safety rather than having it imposed upon us as a tool of oppression? Take female-only spaces like the women’s compartment in the metro. It is seen as a way to demand physical safety and escape harassment. Although, ideally, we’d like to have all spaces feel that way, is it useful, in the interim, to have spaces designated as ‘safe for women’?

On one hand, we know the concerns in response to which the separate compartment of the metro has come into being. But my stand remains the same – if you have a women’s only compartment, you’re just ceding space to men. And the more you separate men and women, the less they’re going to know how to live in relation to one another. I would much rather have a woman in every compartment of the metro shouting at men on a daily basis because that, to me, does more to change public attitudes than sequestering them in their own compartment. 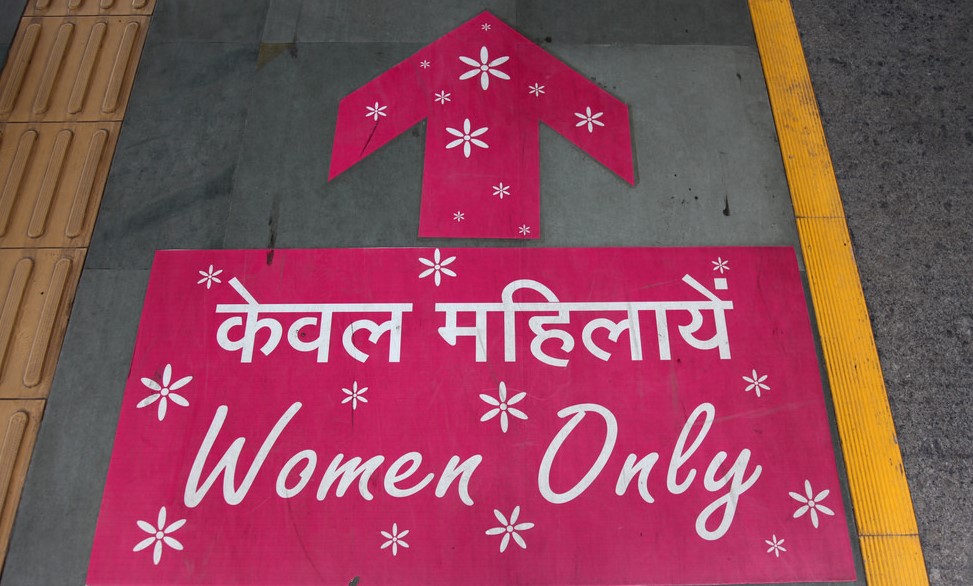 The more you separate men and women, the less they’re going to know how to live in relation to one another. Credit: Chris Brown/Flickr CC by 2.0

I guess it’s a question of public good vs personal comfort.

Not really, though. Because, what happens when you leave the metro? Is there a women’s only platform? A women’s only tunnel? It is an impractical, short-sighted solution. The longer term solution has to be to demystify what men think women are and vice versa.

Fair enough. Let’s switch gears a little bit. When I was looking through your work, there was a line that really stood out to me in an article you wrote for Indian Express about Sabarimala: “Far from a heterosexist insistence on the uncleanness of women, then, Ayyappa’s emphasis is on the non-heterosexual nature of (his) desire”. What does that mean on the ground? Because whatever the origin story, its interpretation has been decidedly patriarchal.

There is no ban on women entering the temple as far as any legend, origin story, written or oral tradition about Ayyappa goes. There is nothing. The only thing that people draw on is what they call ‘custom and tradition’ which is clearly written by the people in power, possibly a certain upper-class Brahminical man in Kerala. Certain Hindu texts that have nothing to do with Ayyappa say menstruation is unclean, and those are being imported into this furore. There is simply no relation between Ayyappa and misogyny or caste privilege. In fact, Ayyappa temples are famously open to all castes, all genders, all religions, and the only ones in the country where Muslims are openly allowed. There is no question of an Ayyappa temple being a sequestered, cloistered space. It is shocking to me how many people are buying into this narrative when there is not a shred of evidence for it and heaps of evidence against it. There is nothing but patriarchal privilege at the bottom of this, making it even more disheartening to see how many women are jumping on this bandwagon.