An Indian organisation dedicated to ending FGM has been capturing the rising dissent against an age-old tradition practiced among members of Dawood Bohra community that often leads to significant physical and psychological trauma. 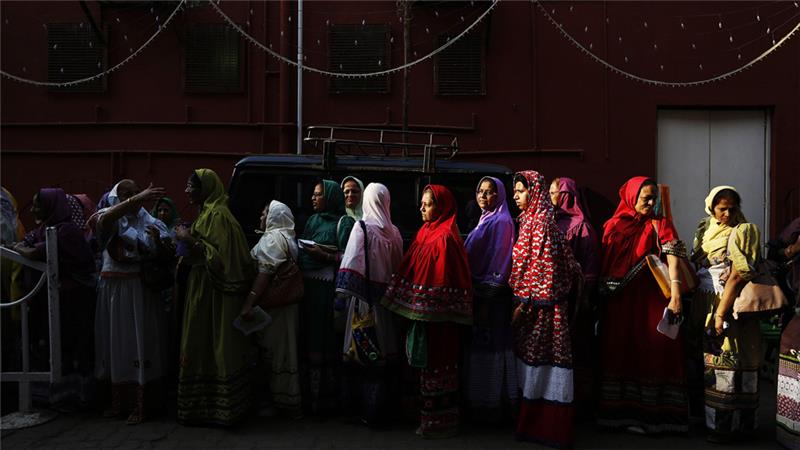 Members of the Dawoodi Bohra community are coming out to speak against one of its age-old customs that violates child rights and human rights – female genital mutilation (FGM). Khatna, as the practice is colloquially known, is a tradition that has been prevalent in this community for centuries but has come in the public attention only recently due to the concentrated efforts of a few.

Most notable of these efforts is a statement issued by the community members for banning khatna in some states of the US, UK and Australia in 2016. The move followed the Australian judgment sentencing a Dawoodi Bohra community leader, a former midwife and a mother of two girls over the mutilation of two minor girls in the country.

Since then, several Jammats around the world have issued notifications to stop the practice of khatna, stating that the tradition is against the law of the land.

In India, a collective called Speak Out on FGM has brought the practice to the media’s attention through an online petition that has gathered support from over 83,000 people.

Research on Type I required

Khatna, considered as a pre-requisite and a rite of passage for girls belonging to the community, is followed by members of the community around the world.

There are four types of FGM of which Type I – complete or partial removal of the clitoral hood or clitoris – is practiced in India. It is also the least severe form of cut when compared to the other types of FGM.

Although it does not expose girls to the extreme risks of FGM, such as death or severe physiological complications, which is the case with the other types, in some cases, Type I FGM can lead to trauma – physical or psychological – or severe pain and even impart a memory that the girls may never come to terms with.

Awareness of this type of FGM has been alarmingly low due to the lack of research to determine the extent to which is practiced. Although the UN recognises the prevalence of Type I FGM in Asian and other communities, there is no data to measure its extent. It is, however, known to exist in India, Pakistan, Sri Lanka, Bangladesh, Malaysia, Singapore, Philippines, Maldives, Brunei and even in Russia’s Dagestan.

This lack of research led Sahiyo – an organisation dedicated to ending the practice of FGM – to conduct a survey as part of a study on the practice of khatna amongst the Dawoodi Bohra community in 2015. The organisation found out that among the 385 participants from across the world, 80% had experienced khatna, 66% were between the ages of six and seven when it was performed on them and 70% of the procedures were performed in India.

Of the women surveyed, 70% continued to identify with Dawoodi Bohra and 17% were no longer practicing and interestingly, 72% believed that men in the community were aware of the practice.

Use of social media to combat FGM

Sahiyo, which was formed by five women – a social worker, a researcher, two filmmakers and a journalist – has achieved a lot in the one year since its inception.

One of its founders and the only non-Dawoodi Bohra, documentary filmmaker Priya Goswami, won the National Film Award for her documentary A Pinch of Skin – a film that closely examines the practice of FGM in India.

Goswami also partnered with Love Matters, an organisation that uses technology platforms for providing rights-based sexual and reproductive health information to young people, for a video about FGM.

“The video features men and women from the community who have seen the impact of the practice unfold through the lens of their loved ones or through their own experience. One of the ideas behind this was to underscore the varied experiences,” said Roshan Kokane, the assistant editor of Love Matters.

While gathering anecdotal evidence for her video, Goswami said she came across varied experiences. “Not everyone was injured grievously. Many were even spared from the practice. But since it is deemed normative to be socially acceptable, those who are against the practice hide it by lying that it has been done, thus avoiding to take a stand on it. So making such a video became doubly important to give voice to what remains unsaid, for thousands of those who got hurt,” she said.

One of the faces in the video, that of Udaipur’s Abbas Ali Paatwala, is an important one. He first came to know about khatna when his sisters went through it. “At that time, we were too young to think why it was done. We were told that it happens for good and is a compulsory religious practice. I got to know the reality when I started working with Kuwait Times. The editor told us about how African countries practiced female genital mutilation. I soon realised that it is a mere tradition and has nothing to do with religion,” Paatwala said.

When his daughter Saleha started fighting against this practice in 2015, he started reading up on the subject. “Cutting a girl is against any religion. Our community is small but is under a great influence of religious leaders.”

From activists to fathers, the voice of dissent has been getting stronger. When Goswami made her first documentary, the women interviewed had chosen to stay anonymous. In the current video, however, the voices and faces are presented for everyone to know. “We wanted to amplify change mirroring the act of people coming out and speaking about it through the very public medium of video intended for social media,” she said.

International organisations like Orchid Project in the UK, Breakthrough in the US, AWARE is Singapore and the International Association of Women in Radio and Television are collaborating with Sahiyo and Love Matters to spread awareness about the prevalence of Type I FGM.

The title of the video, A Small Nick or Cut, is a reference to an article in The Economist from earlier this year that advocates milder forms of FGM. It states that a “blanket ban on FGM” has been unsuccessful for 30 years and it is “time to try a new approach” in which governments could ban the “worst forms” of genital cutting and instead “persuade” parents to choose the “least nasty version.”

“However distasteful, it is better to have a symbolic nick from a trained health worker than to be butchered in a back room by a village elder,” it read.

Goswami disagrees. “This met with wide criticism because not even a ‘symbolic nick’ is okay as it violates a child’s rights over her body,” she said.

Paatwala too agrees that eradicating this practice cannot be negotiated. “We have to reach as many people as we can to put an end to this. It is difficult but not impossible,” he said.