Rama’s Got a Heart for Science

Valapadasu Rama is developing a tool that instantly identifies any heart ailment a patient is suffering from. 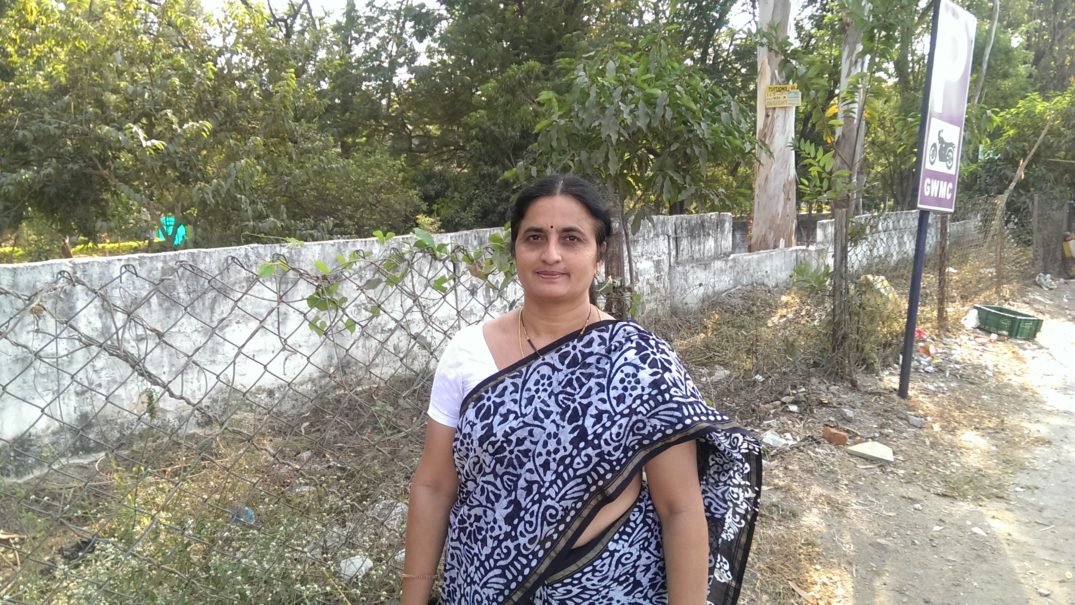 NIT Warangal, or NITW, was the first of the National Institutes of Technology to be set up in the country. Almost six decades later, it is considered to be among India’s top engineering colleges. None of its thirteen academic departments, however, is headed by a woman. Rama V, an assistant professor at the Electronics and Communications Engineering department, expressed her concern over the gender gap in decision making roles and informed me that the only female Head of Department had recently retired. “There are very few women registrars in the academic ladder, too. This is not sufficient. Only when you are a policymaker can you bring change. Until women come forward to do this, there can’t be change,” she said.

Whether we were talking about her life inside or outside of science, Rama’s will to right societal inequalities rang true throughout the interview. It didn’t take long to realise that there was much more to the smart, pleasant and down-to-earth Rama than meets the eye.

Research from the heart

Along with her teaching, Rama is currently doing research on biomedical signals coming from the heart or ECG. She is developing a tool that instantly identifies any heart ailment a patient is suffering from. “People think heart problem always means heart attack, but there are different types of cardiac problems. My research indirectly helps doctors diagnose the correct problem.”

Doctors can detect subtle changes in this pattern and use them to diagnose heart conditions. Accordingly, the ideal medical interventions can be prescribed to the patient. It takes great skill to diagnose correctly and in countries like India, where government hospitals often lack specialists, an automated alternative providing quick diagnosis can really help, believes Rama. This is a problem her simple invention can solve. 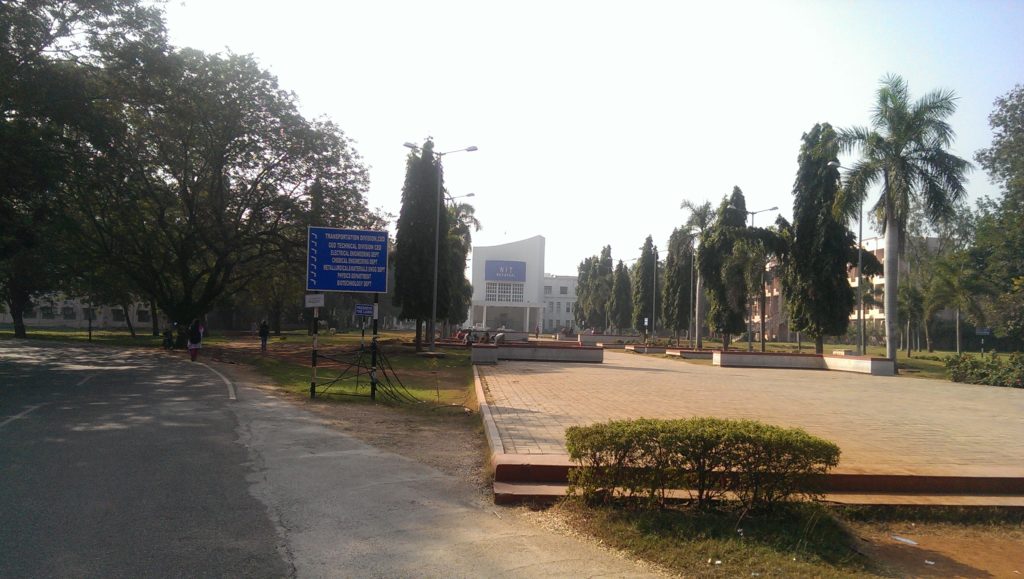 To develop her tool, Rama used ECG samples from the publicly available databases (MIT-BIH Arrhythmia Database and European ST-T). The samples in the databases have already been classified by different heart conditions – for example, cardiac ischemia. By running these samples against a software, Rama extracted features that can be used as markers for this heart ailment. Similarly, she collected markers for __ other cardiac problems. She is on course to create a tool that can take in a patient’s ECG and scan for these markers to diagnose the disease. This tool is based on a technique called artificial neural networks, which is more well known for other applications. “ANN is usually used for face recognition. I thought why not use it to recognise diseases, too,” she said.

At the time of this interview, Rama had finished processing for four cardiac diseases. She tested the algorithm with 69 samples and 68 were classified correctly. This has given her the confidence that such technologies will help many people. “I asked doctors how they analyse a heart patient. They said they give some shock treatment and the person becomes normal. After twenty-four hours of observation, they treat the patient. My research takes [comparatively] very little time to identify this.”

A long route to engineering

“Warangal is my native place. My parents were not very highly educated but they always encouraged me to study well. I was always interested in science – never believed in superstitions – and I wanted to become an engineer,” said Rama. But for a young girl with aspirations to become an engineer, Rama ended up following a rather circuitous route. “My uncle said girls shouldn’t do engineering so he made me take up the Biology-Physics-Chemistry stream in my intermediate (after 10th standard).”

Rama nearly chose medicine but to her shock and disappointment, she failed in zoology by one mark in her final year. “I was always the topper… I don’t know what happened. My parents felt bad and told my uncle to take care of me.” Without a lot of options, Rama’s uncle admitted her into a 3.5-year diploma course in electronics at the government polytechnic college after which she did a part-time B.Tech at Jawaharlal Nehru Technological University, Kakinada. “Because of that decision to take up Biology-Physics-Chemistry in my intermediate, I wasted three years. If not, I could have joined NIT Warangal right after school.”

Getting married young made things complicated for Rama. Her son was born while she was in her first year of engineering. “My parents were cooperative and it was an evening batch so I managed, but it was really difficult. I scored less compared to my friends and I missed a month of classes and lab during delivery time,” she said, admitting that childbirth can be a real obstacle for women in such situations. In spite of hurdles during her B.Tech studies, Rama did not compromise on her own self-image. She began to harbour dreams of becoming an Indian Administrative Service officer. And it wasn’t just her. “My father was a simple attender – he worked under collectors – and it was his ambition to see me as a collector.”

In pursuit of this goal, Rama began to train herself to crack the famously difficult civil service exams. She chose sociology as an optional subject. That was when Rama’s curiosity about the world around her began to heighten. “Just like science, topics like marriage, relations and different tribal cultures really interested me.” Stories of candidates spending four or five years attempting to pass the civil service exams are common in India but circumstances meant that Rama could not persevere after two years. “I had to let go. It had become difficult to support my parents, and I had my child to take care of.”

Rama worked as a lecturer in Khammam Engineering College for Rs 3,000 a month and then at Kakatiya Institute of Technology and Science before she landed a faculty position at the esteemed NITW in 1999. Rama takes teaching very seriously. And she had to get used to teaching in English, after a having a Telugu-medium school education. She took spoken English classes to improve her accent but there were still insecurities in the beginning. “I always had that feeling that I am from Telugu medium background, but as I taught, I began to speak confidently. I cannot speak like you people,” she laughed. “I make mistakes…”

During her time at NITW, Rama did a part-time M.Tech and had a second child; she managed it all with generous help. “My parents, my aunt…I used to be very close to everyone because I needed the support. I had a kitchen assistant and a servant to clean the house.These are important for any woman.” She also learnt to ride a cycle, then a bike, and finally, a car. These were significant achievements for her because Rama’s leg is affected by polio. 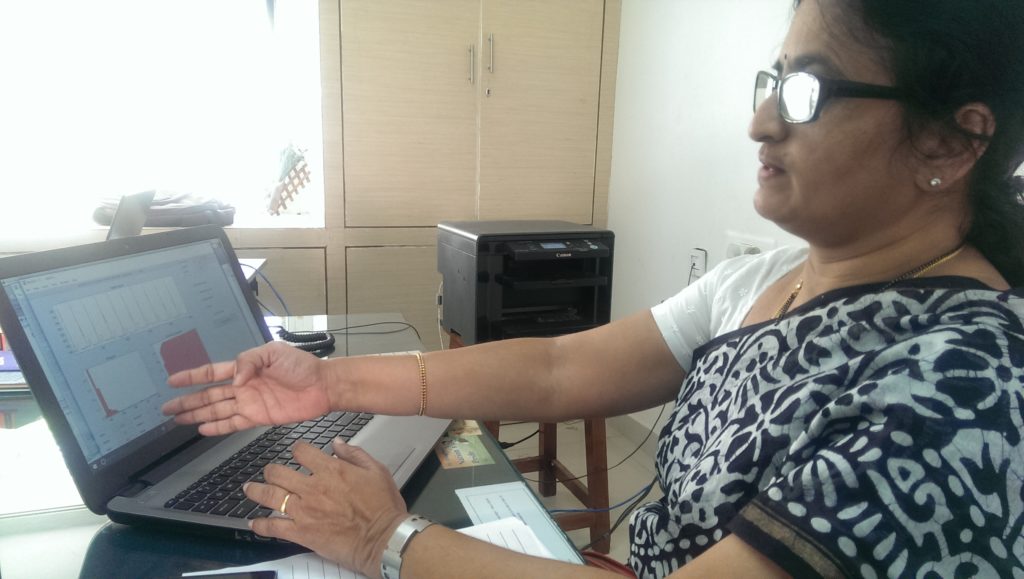 “In my childhood, I could not even stand. They gave me three-wheeled vehicle to move. I managed to go to school by myself. If my father had dropped me every day, I would have stayed dependent. Now I can climb steps and do many things…”

Equalising with science and sensitisation

Once she has included more heart diseases in her ECG diagnosis algorithm and shaped it into a handy toolkit for doctors, Rama plans to take her science across villages where no specialist doctors are available. She looks at telemedicine as the solution. “They can take an ECG and use this tool. The report can go to a remote specialist who will analyse and guide clinical doctors in the village. Then based on the clinical doctor’s suggestion, the patient can decide if they need to travel to get the treatment.” 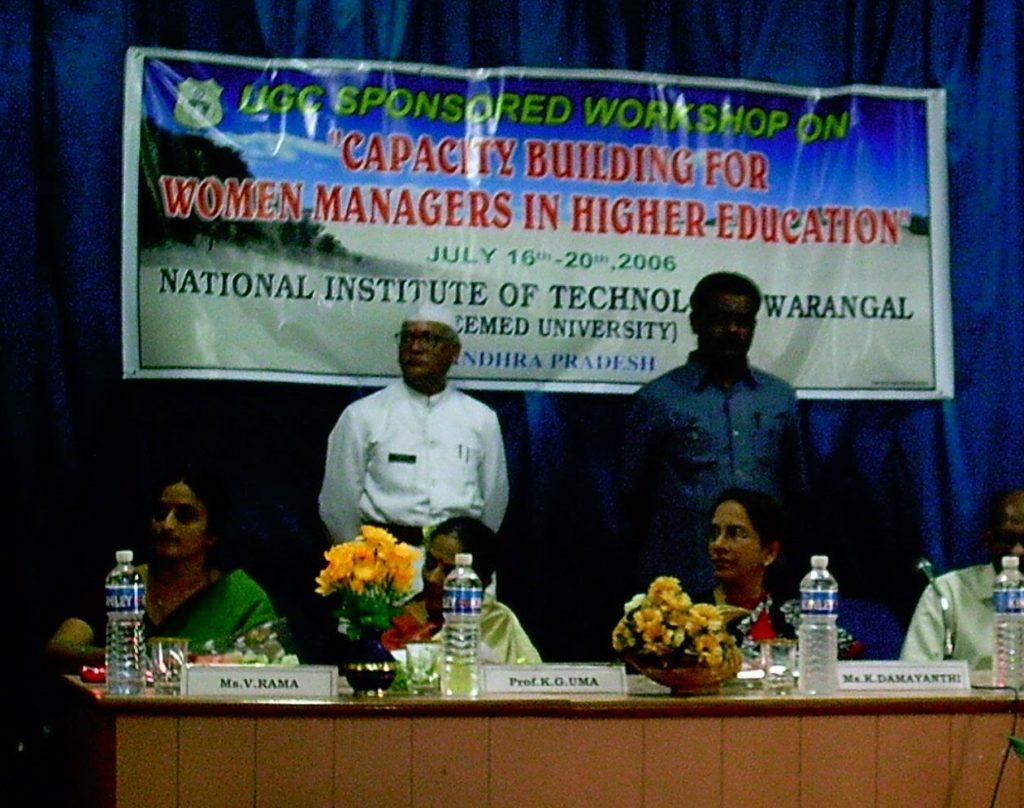 It’s common to observe scientists who believe it’s not their business to worry about the intersectional problems that affect science, but Rama somehow pursues her scientific career without insulating herself from the outside world. In fact, she considers herself a social activist; she is currently vice president of Telangana Vidyavanthula Vedika, an organisation that played a key role in the movement that led to the formation of the state of Telangana. She often attends and organises gender sensitisation programmes at NITW. “Society should understand the importance of women. Everyone praises their mother, but cannot praise women. They don’t give women the scope to grow.”

Rama sees education of women as crucial in the quest for gender equality. “I knew that many women are not aware of their rights, many are still not educated. If this is the case, how is India to become a superpower?” She has also written a paper titled Legal Rights – A Tool to Empower the Woman, to help this cause. “I feel that when a woman is educated, she can think, analyse, question. That feeling is my motivation…”