How to Tackle LGBTI Discrimination in Workplaces Across the World

The UN standards of conduct to help tackle discrimination against LGBTI persons at the workplace can lead to a change in the arena of global LGBTI rights. 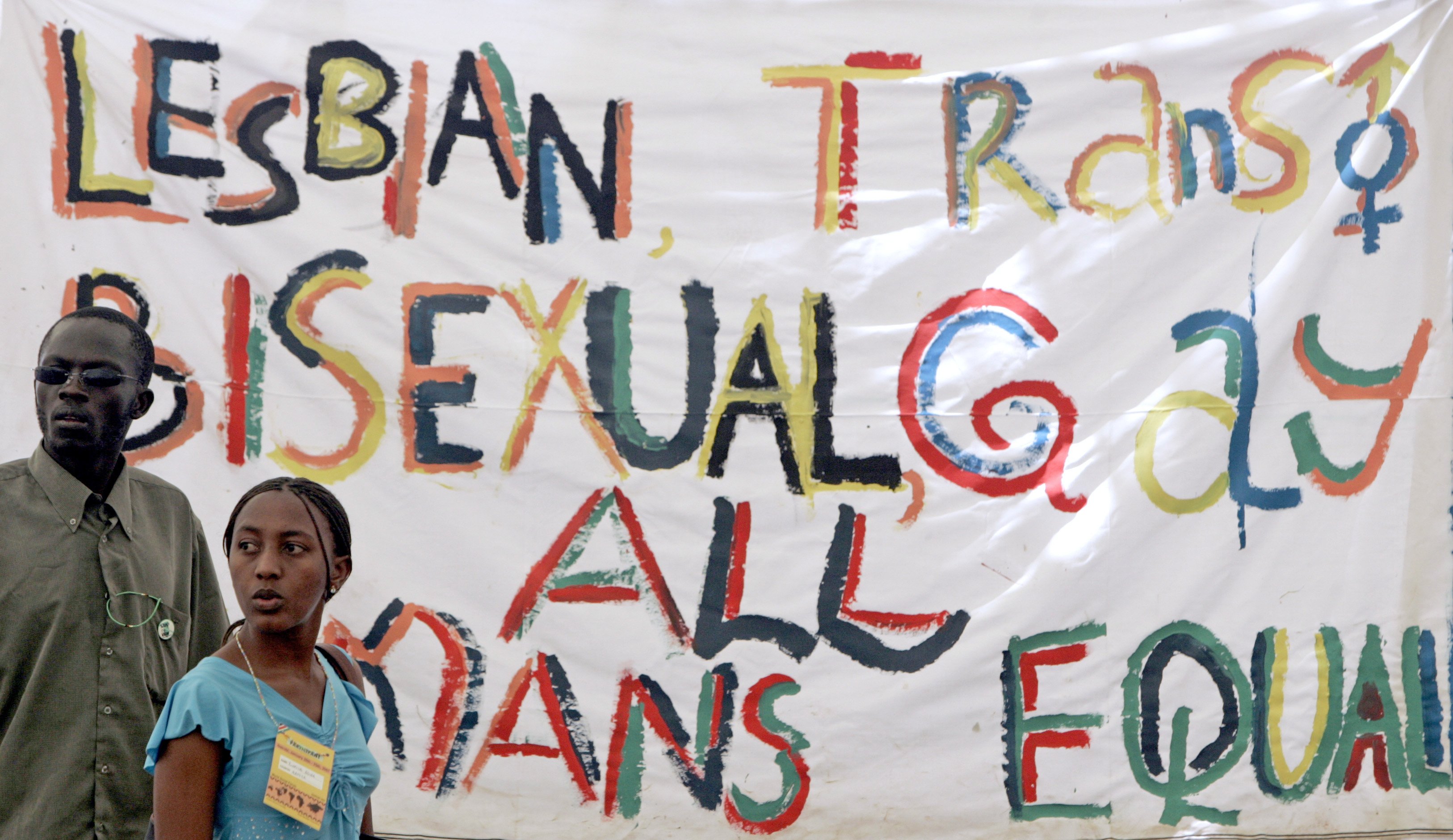 LGBTI persons continue to face harassment and discrimination in multiple spheres, including at the workplace. Credit: Reuters

In countries across the world, lesbian, gay, bisexual, transgender and intersex (LGBTI) organisations and their allies have fought – and won – battles for major legal and policy changes over the last few decades. However, despite these changes, LGBTI persons continue to face harassment and discrimination in multiple spheres, including at the workplace. Discrimination at the workplace is sometimes a tricky issue where formal constitutional and legal claims are limited to state and state-funded organisations. Increasingly, because of pressure from their employees and changing international human rights norms, private businesses have started addressing the issue of discrimination against LGBTI persons, sometimes stepping ahead of government policy making, and sometimes openly in tension with local laws that may criminalise or discriminate against LGBTI persons.

Recognising this important sphere of discrimination, the United Nations High Commission for Human Rights, has recently released standards of conduct for businesses that will help tackle discrimination against LGBTI persons. These standards are an important contribution to existing initiatives in this area – the 2000 UN Global Compact which laid down principles which businesses should abide by, appointment of the UN Secretary General’s Special Representative on Human Rights and Transnational Corporations and other Business Enterprises in 2005, and the UN Human Rights Council’s endorsement of the UN Guiding Principles on Human Rights in 2011.

These standards of conduct cover a wide range of businesses – from multinationals corporations (MNCs) to small businesses. They take into account local variations, including discriminatory laws, societal and cultural attitudes. The standards set a benchmark for businesses, going beyond what they must do to comply with positive laws or norms to what they ought to be doing, which may involve stepping up to support their employees outside of the office, providing safe support spaces and taking up active campaigns in consultation with local partners and groups.

Crucially, these standards ask companies to consider whether they are directly or indirectly contributing to policies and actions that adversely impact LGBTI persons. This assumes significance, given that the standards themselves cite a study by a trade union that shows that 94% of global MNCs’ employees are hired by their suppliers and only 6% work directly for the MNCs themselves. Under the standards, companies are expected to influence polices of their partners and suppliers to ensure that LGBTI persons are not adversely impacted. This covers a broad range of issues that the company may be associated with through their products and relationships, including violence, bullying and intimidation.

Also read: For LGBTI Employees, Working Overseas Can Be a Lonely, Frustrating and Dangerous Experience

These standards are classified around five main clusters – developing policies and diligence mechanisms to address LGBTI rights, addressing discrimination at the workplace, providing positive support and an affirmative environment, ensuring business partners do not discriminate through addressing issues such as violence, bullying and intimidation and finally, advancing LGBTI rights in countries taking into account views of local groups and communities. In countries such as India, where there is an overt law like Section 377 of the Indian Penal Code that criminalises LGBTI persons by targeting “unnatural sex”, these standards could play an important role in providing a safe working environment despite the stigma and threat of the law, and in actively helping LGBTI employees challenge and subvert the moral underpinnings of the law. This would address the problem that many LGBTI employees face in India, where companies use the law as a pretext to say that they cannot address discrimination based on sexual orientation and gender identity, or where some MNCs are reluctant to take up what they consider a sensitive issue, given that the law officially criminalises homosexual sex. 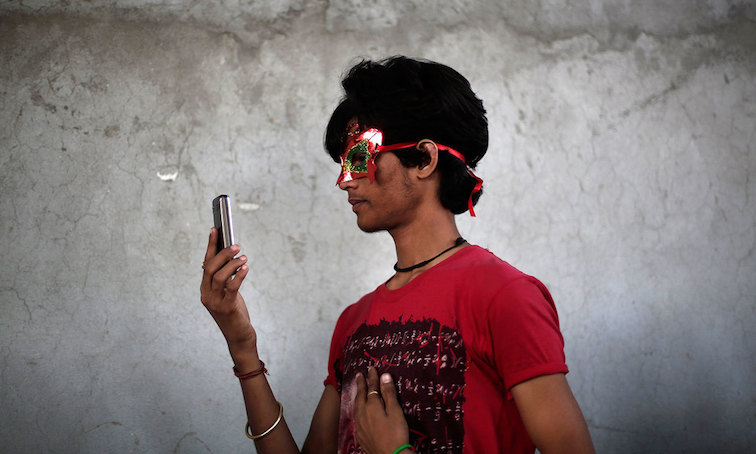 In India, some businesses have taken a public stance through ad campaigns or official tweets which are critical of Section 377 of the IPC. Credit: Reuters

The standards go into some detail around specific practices that companies could adopt to deal with tackling discrimination at the workplace. Companies are expected to put in place fair recruiting practices and mechanisms to deal with harassment within the company, as well as outside. They are expected to promote awareness around diversity and on why protecting LGBTI rights is important. Companies should ensure there is no discrimination in providing benefits to its employees. Ensuring the privacy of LGBTI persons goes a long way. Companies are expected to ensure that they respect their confidentiality and adopt high standards and practices related to data protection. Complying with these standards would, for instance, prevent companies from outing their employees, making sure that LGBTI persons get options to nominate their friends or partners for work-related benefits and putting in place a robust diversity policy with a legitimate, transparent and rights-compliant grievance mechanism, with an effective mechanism for the protection of whistleblowers.

While these standards treat lesbian, gay, bisexual, transgender and intersex persons as a group, the authors have highlighted particular discrimination against transsexual and intersex persons. Discrimination against these two groups is more common in companies. The UN standards address this problem, asking companies to put in place measures for transinclusion, recognising self identification of gender, respecting pronouns of employees, respecting employees who are transitioning, non-discriminatory dress codes, ensuring access to bathrooms, providing healthcare benefits that include aspects such as sex reassignment surgery.

Also read: It’s Still Illegal To Be Gay in 72 Countries

In India, some businesses have taken a public stance through ad campaigns or official tweets which are critical of Section 377 of the IPC. The Delhi high court’s reading down of the law in 2009 and the Supreme Court’s reinstatement of the law in 2013 drew comments from businesses such as Amul, Godrej, Microsoft, Google, Titan and Fastrack. Increasingly, businesses in India seem more confident in addressing discrimination against LGBTI employees and engaging with local groups and communities. These standards could provide an effective and concrete measure by which businesses could judge their own success in tackling this issue. It is crucial that employees and LGBTI groups in India use these standards to push for more inclusive workspaces. It is even more crucial that these measures reach a vast number of traditional businesses and businesses in smaller towns and cities where employees may not have the opportunity to interact with LGBTI support groups.

In India, existing labour laws and sexual harassment codes recognise the workplace as an important space that has to be regulated to ensure that employees can function safely and to their maximum potential. The standards that the UN High Commissioner for Human Rights have suggested complement existing mechanisms by recognising the roles of trade unions and by referring to these principles within the larger relationship between businesses and human rights. The authors of these standards flag the Sullivan principles – corporate codes developed in the 1970s to apply economic pressure on the apartheid regime in South Africa – thus signalling that these standards have a potential to contribute to broader institutional change in the arena of global LGBTI rights. While this is possibly true, it is still hard to miss the irony that these standards have been framed at a time when India is witnessing a systemic dismantling and whittling down of existing labour laws in the organised sector in the name of implementing business friendly policies.