Why Are the Police and NIA So Worried About the 'Indoctrination' of Hindu Women?

"These reports are being generated and sustained only because Islamophobia is so rampant in Kerala, across parties." 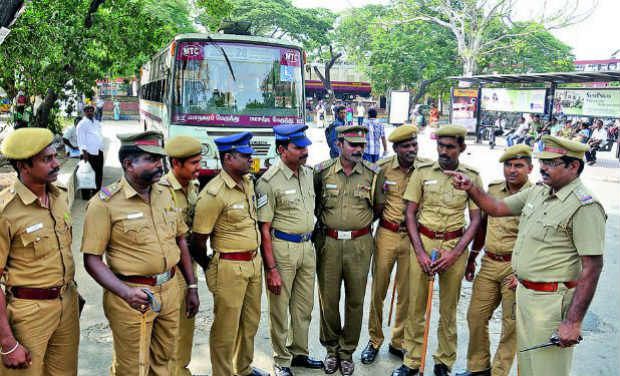 The 'indoctrination' of Hindu women is high on the agenda of the annual Directors-General of Police meeting. Representative image credit: PTI

New Delhi: The “indoctrination” of Hindu women by Muslim men is apparently very high up on the list of things the police is worrying about these days. According to an Indian Express report, that, along with illegal immigration and Pakistan-based terror groups like Lashkar-e-Tayyaba and Jaish-e-Mohammad, tops the agenda for the annual Directors-General of Police (DGP) conference to be held near Gwalior.

The three-day event, to be held in the first week of December at Tekanpur BSF academy, will be attended by Prime Ministry Narendra Modi, home ministry officials told the newspaper. Cases of inter-community marriages in Kerala are likely to be taken up in light of the National Investigative Agency’s remarks in the Hadiya case. The agency had said that the inter-faith marriage was not an isolated case and was part of a “pattern”.

Hadiya is a 24-year-old woman who converted to Islam and married a Muslim man, Shafin Jahan. She said she did so of her own volition, but her father took the matter to court and claimed that she was brainwashed and coerced into converting. The Kerala high court then annulled the marriage, without taking into account the couple’s wishes, and placed Hadiya in the custody of her parents. Jahan has approached the Supreme Court, which has asked the NIA to investigate the matter. Several women’s rights groups have spoken out about the legal system ignoring the woman’s wishes in this case.

Meanwhile, an NDTV report says that the NIA has now decided to probe 90 inter-faith marriages in the state. In 23 of these cases, an NIA official told the channel, the investigators hoped to be able to link the individuals concerned to the Popular Front of India, a radical Islamic outfit.

The investigative agency, Indian Express reported, has also questioned two Hindu women who converted to Islam in relation to the Hadiya case. They have reportedly said they were lured to convert to Islam, but not forced to do so. A senior NIA official told the newspaper the two women, both named Athira, were questioned in Kochi last week. “They claimed that they were lured to convert to Islam but no one forced them. We are corroborating their statements,” an NIA official told Indian Express.

However, activists are less than convinced by the NIA and police’s motivations in this case. J. Devika, a teacher and researcher at the Centre for Development Studies, Thiruvananthapuram, told The Wire, “The whole ‘love jihad‘ discourse, if you look at it without the blinkers of Islamophobia, especially for Kerala, you will see that it has too many holes in it. Too many cases don’t fit into that nice, neat mould they’ve created – of a women being lured by a man who is part of an organised racket of men being paid to do this. There’s no evidence of this in most cases. And the cases that have become controversial, including Hadiya’s, the conversion didn’t involve men, they happened independently.”

“These reports are being generated and sustained only because Islamophobia is so rampant in Kerala, across parties. And now the BJP in Kerala is losing ground like nobody’s business, they’ve been caught in corruption cases without even being in power. Now they know they can go ahead only by forcing communal polarisation,” she added.

Manisha Sethi, a teacher at Jamia Milia Islamia, agreed. “These (the NIA enquiry and the DGP conference agenda) are symptomatic of the systematic and relentless criminalisation of Muslims through law. The anti-terror laws have successfully created a suspect community and so wide and all embracing is its ambit, that even the most intimate relations can be reduced to the terrorism frame.”