I Complicate the Image of Muslim Women: Mona Eltahawy

In conversation with Egyptian journalist Mona Eltahawy on Islam, the hijab, human rights and sex. 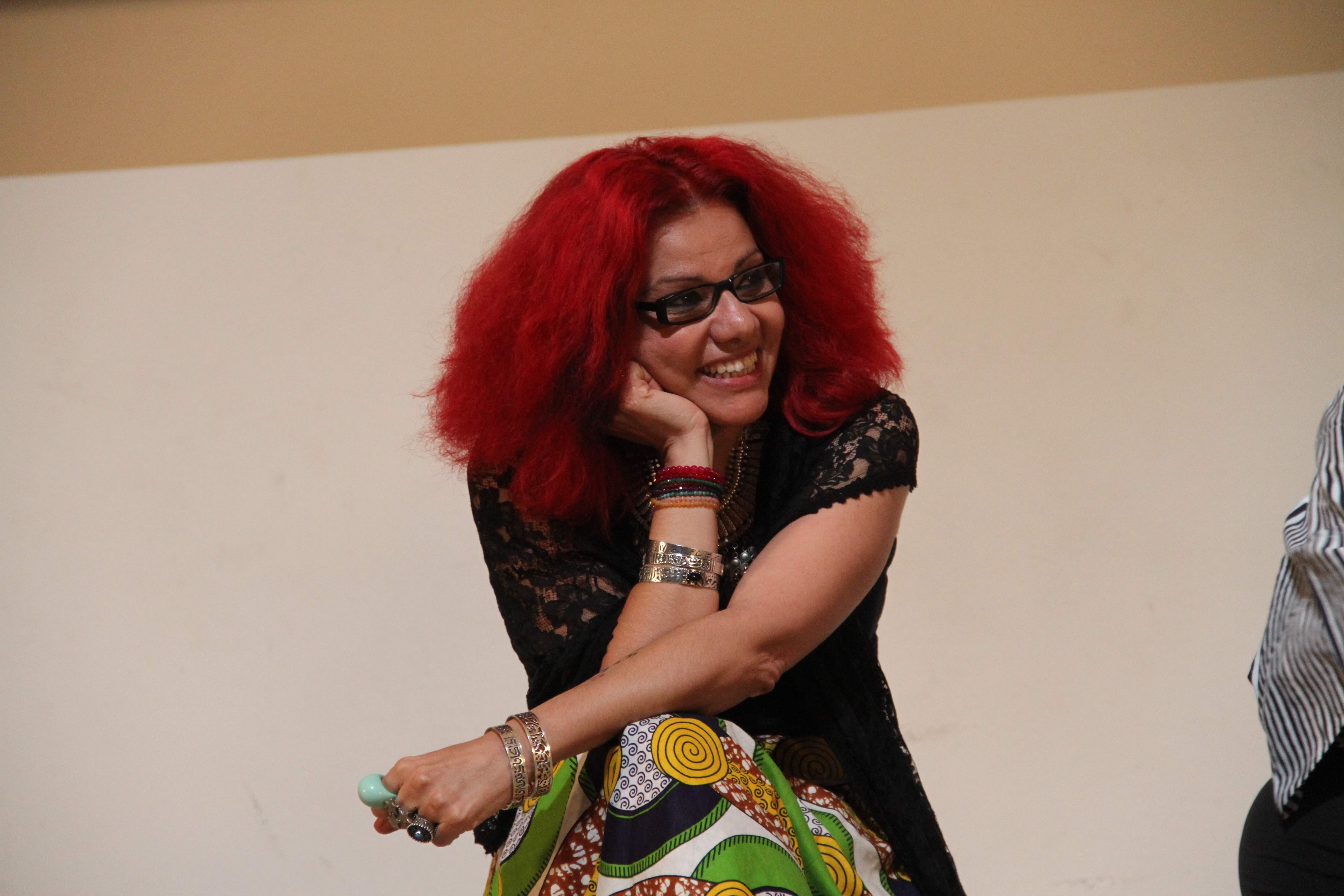 American-Egyptian journalist Mona Eltahawy is the embodiment of a firebrand activist. With flaming red hair, tattooed arms and a penchant for colourful language, the 49-year-old is an important voice of Muslim women, feminism and Middle Eastern politics. Her 2015 book Headscarves and Hymens: Why the Middle East needs a Sexual Revolution critiqued the culture of shame in which sex is couched for Muslim women in the Arab world.

Eltahawy covered the region for news agency Reuters and now writes opinion pieces for the New York Times. In 2011, she was sexually and physically assaulted while covering the Egyptian revolution at Tahir Square. Her arms were broken in the assault. In retaliation, Eltahawy dyed her hair and got multiple tattoos. This, she said, was her way of reclaiming her body.

Eltahawy, who has a large social media following, often writes about her personal experiences and uses them as a launchpad to discuss issues pertaining to patriarchy and misogyny. Last month, she started a hashtag, #DearSister, which elicited thousands of tweets from Muslim women around the world. This emerged from an email that Eltahawy received from a man, who addressed her as ‘Dear sister’ and went on to deride her for her views on sex.

In Mumbai to participate in a panel discussion at the Godrej Culture Lab, Mona Eltahawy spoke to The Wire on Skype.

You say that you identify as a Muslim. You are also a red-haired, non-hijab-wearing Muslim woman. And this is not an accident. Can you tell us a bit about the political choices behind your hair and headscarf?

I want to create my own space and say, ‘This is my Islam’. I refuse to give that up to the clerics, the men, the conservatives. I am this kind of a Muslim [gestures to herself] and you will accept me the way that I am because it is my right as a Muslim to identify exactly this way.

When you travel the world, the word Muslim takes on many different meanings. In the US right now, the visibly Muslim women (women in hijabs) are on the frontline of the gendered, racist Islamophobic violence that is being especially encouraged by the [Donald] Trump administration. He incited this kind of violence during his campaign and his supporters have willingly carried out acts of violence against visibly Muslim women. While I would defend hijab-wearing women against any act of violence, there is an idea that in order to support Muslim women against this violence, the hijab must be held up as a revolutionary, radical thing – and I reject this idea wholeheartedly. I reject what the hijab represents, which is the modesty culture, which is an unfair burden on girls and women. Part of the reason I go around the world, looking the way I do, is my way of saying – this too is a Muslim woman. With tank tops and tattoos and red hair.

There is a strong argument by Muslim women about the choice to wear the hijab, asking that people who are against the hijab check their own privilege and stop telling Muslim women what to do. Given the context, this too can take on a subversive political significance. What is your view on this?

If you ask my sister why she wears the hijab, she will tell you that she began to wear the hijab initially as an act of piety, but it has since become something more political. She’ll tell you honestly that she wears it to p*ss off white people who voted for Trump. So yes, I do recognise that some women wear the hijab as a political statement. But the point I always want to bring to the table is, what is it about being a Muslim woman that equals a hijab? Why isn’t there another way to be a Muslim woman that is equally p*ssing off to these white folk who are Islamophobic and racist, other than having to give into the modesty culture? Obviously I can’t tell my sister to take off her hijab. But I wish we could move forward and find other ways for Muslim women to be visibly so, other than the hijab. And I would reject the modesty culture of any faith background, whether ultra-orthodox Judaism or Catholic nuns, because I see that as a way in which patriarchal religion controls women’s bodies. 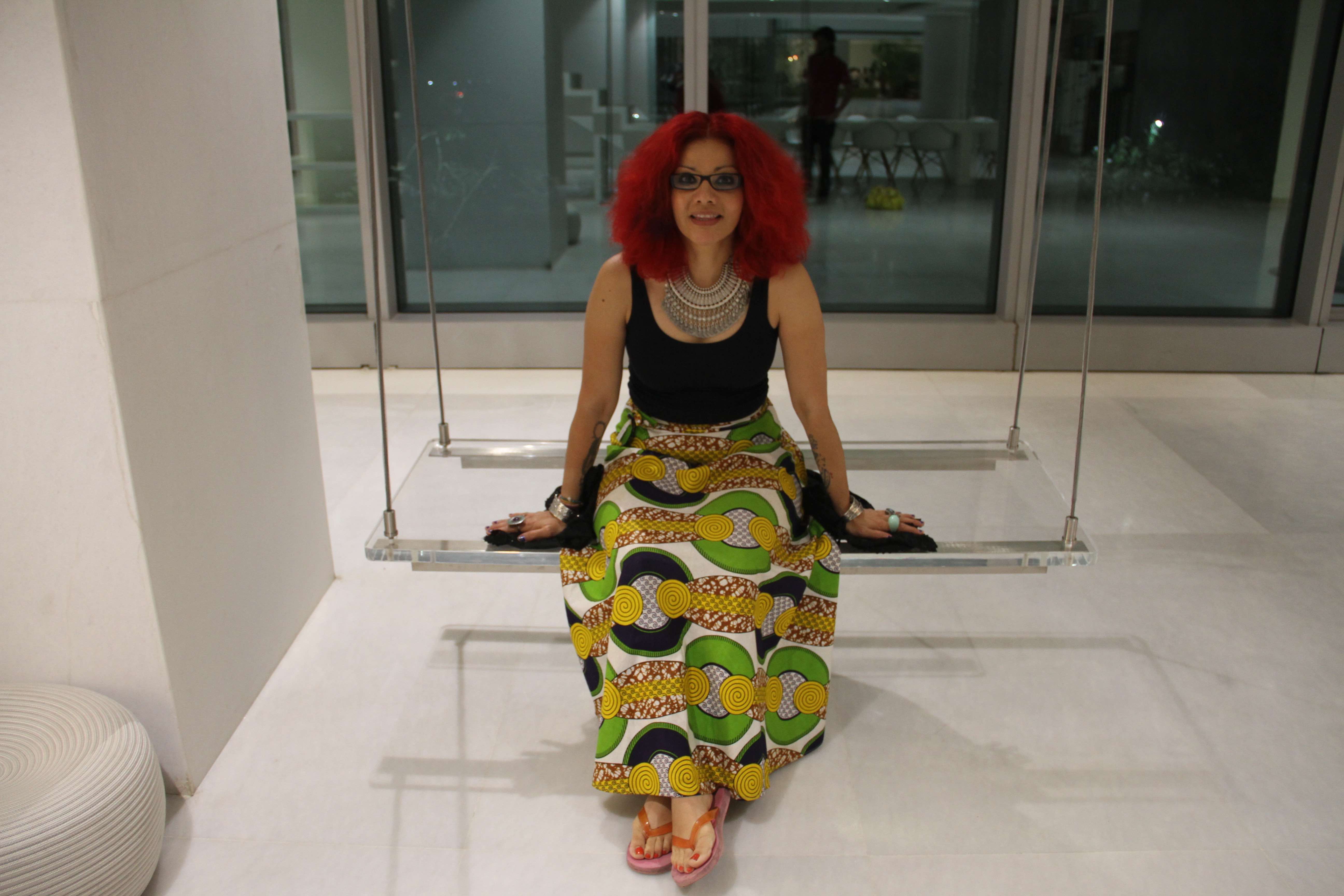 Apart from the hijab, in India, Muslim women are also the subject of discussion on account of the Uniform Civil Code, with the ruling party supporting the UCC as a way to give Muslim women rights denied to them under personal law. But this is also happening whilst supporters of the ruling party are carrying out violent acts towards Muslims and talking the language of a Hindu rashtra. When you talk about rejecting the internal right wing and the external right wing, what shape does that take?

This reminds me of something that is happening in the US right now, with Trump’s ban against Muslims travelling from seven countries. If you read the executive order, you’ll see that it has a section on gender-based violence and so-called ‘honour’ crimes to justify the ban. He is supposedly saving American women by protecting them from Muslim men. When it comes to India, at the end of the day, we have to be honest and say that polygyny and triple talaq are bad for women. As a feminist who is also a Muslim woman, I am open and clear in my objection to triple talaq, polygyny and double inheritance for men, and so many things that are clearly misogynist and patriarchal in Islam. And these patriarchal, misogynist things exist in every religion.

Now I say this, recognising that the [Narendra] Modi government and the Trump administration are using this ostensibly to rescue Muslim women from Muslim men. This is the same government that has supporters who attack Muslims, so clearly, they don’t care about Muslims. And the Trump administration is the same one that has incited violence against Muslims. So it’s very clear, this need to save and rescue Muslim women is a political tactic that is used by many right-wing administrations around the world. I also recognise that there are people within my communities (Egyptian, Egyptian Muslim, women, feminists) who are eager to point to this and say, feminists have to shut up because everything that you say that criticises our religion or fellow Muslims in any way is just going to be used as ammunition by the right wing. This (is the) internal right wing, (which) wants to shut me up. So my work is exhausting but is absolutely necessary, where I stand my ground against the internal misogynists and also look at the right wing outside Islam in the eye and say, I know you don’t give care about Muslims.

I want the law all over the world to be equal for everyone, to protect women’s rights. Here in India, the best way to fight this right wing is to listen to the voices of Indian Muslim feminists.

I firmly believe that the revolution continues. No revolution is ever finished in five or six years. What we are seeing happening is this fight between men, from the military regime and the Islamists, for political power that disregards many of us who were part of the revolution – the feminists, the LGBTQ communities, human rights defenders – and we do exist. So many instances of attacks on human rights defenders have happened in the past four years, since the revolution and specifically since (Abdel Fattah el-) Sisi took over (as Egypt’s president). Just yesterday, in Egypt, Aya Hijazi and her husband, Mohamed Hassanein, a couple who ran an NGO for street children, were released after spending three years in pre-trial detention. In Egypt, you are only allowed to imprison someone for two years after which you must put them on trial. They were finally released and cleared of all charges. Now, no one should spend three years in prison for helping street children. This was clearly a politically-motivated attack on their freedoms and part of a message to human rights defenders that we will get you if we want to get you.

The most dangerous attacks are those against young people that we know very little about – for example university students who are abducted from their homes. The total number of prisoners in Egypt is about 110,000, and of those, 60,000 are political prisoners. This speaks to the massive onslaught against any kind of opposition in Egypt –whether its Islamist opposition, secular opposition, university activists, NGOs. My advice to anyone entering the human rights field in Egypt is to find solidarity among other activists. Because the thing that often protects you the most is visibility. People need to know what’s happening to you, when you’re being intimidated, when you have been detained. That’s something that has helped me and a lot of other people.

Dhamini Ratnam is a journalist. She writes about gender, sexuality and LGBTQ issues.