The PM had famously said the law will take its course but "parents ... have a responsibility” too. By not penalising the Haryana BJP chief, he is sending out a retrograde message.

Modi's advice to parents of sons to ensure that their boys did not stray and commit crimes against women has not been followed within his own party. Credit: PTI 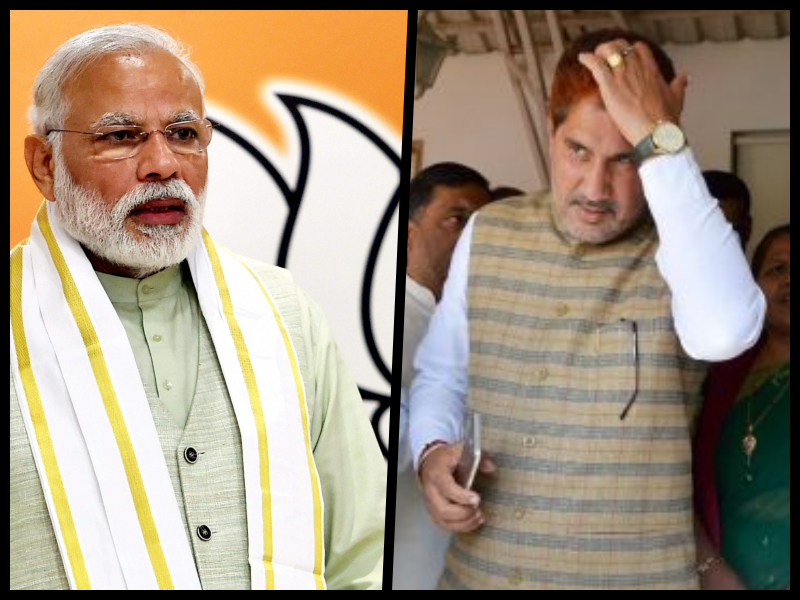 Modi’s advice to parents of sons to ensure that their boys did not stray and commit crimes against women has not been followed within his own party. Credit: PTI

In his maiden Independence Day speech in 2014 from the historic ramparts of the Red Fort in the Indian capital, Prime Minister Narendra Modi also spoke on the issue of rape and sexual violence against women in the country. Raking up the issue was a political necessity because the Nirbhaya rape case in December 2012 had added to the erosion of the UPA’s credibility. In order to harness public anger on this, Modi’s spin doctors and publicists coined a catchy slogan: ‘Bahut Hua Nari Pe Waar, Abki Baar Modi Sarkar.’

Modi’s speech was widely appreciated, even among sections that did not vote for the BJP, for generating confidence in the prime minister’s development process and social vision. He was particularly appreciated for his statement on crimes against women and several international celebrities uploaded that part of his speech, which was also extensively reported by international media. His words were evocative:

“…when we hear about the incidents of rape, we hang our heads in shame. People come out with different arguments, some even indulge in psycho analysis, but brothers and sisters, today from this platform, I want to ask those parents, I want to ask every parent that you have a daughter of ten or 12 years age, you are always on the alert, every now and then you keep on asking where are you going, when would you come back, inform immediately on phone after you reach. Parents ask their daughters hundreds of questions, but have any parents ever dared to ask their son as to where he is going, why he is going out, who his friends are. After all, a rapist is also somebody’s son. He also has parents. As parents, have we ever asked our son as to what he is doing and where he is going. If only every parent decides to impose as many restrictions on the sons as have been imposed on our daughters, try to do this with your sons, try to ask such questions of them. The law will do its job, even with toughness, but as parents, as citizens we have a responsibility.”

In the aftermath of the Chandigarh stalking case, it appears that these words were merely uttered for dramatic effect and to reach out to a constituency left unaffected by the Modi wave. That in the days since the incident there has been no action against Haryana BJP chief Subhash Barala, who’s son is the accused in the case, is indicative that Modi’s long lecture to parents of sons to ensure that their boys did not stray and commit crimes against women has not percolated down within his own party. The absence of action at the earliest will further erode the credibility of Modi’s words.

It is true that Barala made a statement pledging that law will take its own course and there shall be no attempt to tamper with evidence and influence the police. But the declaration is belated and undoubtedly prompted by the growing public pressure. He has not taken moral responsibility for the incident, suggesting little remorse.

It is not difficult to comprehend why Modi’s words have not been put into practice by party men and why relatives have not been restrained by Barala when they consistently shamed Varnika Kundu, who his son ‘stalked’ through the streets of Chandigarh. It needs recalling that a few weeks after Modi’s significant Independence Day speech in 2014, Haryana chief minister Manohar Lal Khattar made the following statement in a speech made during the campaign for assembly polls in Haryana :

“If a girl is dressed decently, a boy will not look at her in the wrong way…If you want freedom, why don’t they just roam around naked? Freedom has to be limited. These short clothes are western influences. Our country’s tradition asks girls to dress decently…”

He also labelled premarital sex as “ulti seedhi cheezein, a blot. Sex after marriage is acceptable. Pre-marital sex happens as the minds of the girls and boys are not on the right track.”

There are two issues that stand out. Firstly, Khattar and his ilk have no problem with clothes worn by men or boys that overtly flaunt attributes of male sexuality, but when it comes to women or girls, moral policing is the standard. Secondly, despite holding such regressive views, Modi decided to appoint Khattar as chief minister and this underscores that upholding archaic values is no disqualification for high offices. Khattar is not the only one with such conservative views.

But this tendency is not restricted to just the BJP; leaders of various parties, including those in opposition, routinely make misogynist assertions. More often than not, politicians of various hues have railed against what Ashok Gehlot once said: pub and mall culture in India should be banned. Instead of ensuring better enforcement of law and order, politicians clearly display a moribund viewpoint.

In attempts to shame Kundu, three so-labelled ‘bad habits’ have been highlighted by members of the Barala family and BJP leaders too. Firstly, she was out alone late at night and so provided reason for being stalked. Secondly, pictures of her with a drink in hand have been circulated. Thirdly, she has been depicted in the presence of men.

If young men are free to travel late at night, alone or with friends, go out to party or a pub and get photographed with a drink in hand and also with male and female friends, then why and how are girls like Kundu ‘wrong’ or ‘asking for it’? The entire narrative is nauseously patriarchal. By refusing to take action against its Haryana chief, the top brass of the BJP has demonstrated that they are on the side of social conservatism and Modi’s important advice to parents was just a ploy to gain further support.

Take for instance the Beti Bachao, Beti Padhao campaign, which is central in the party’s list of accomplishments. One would like to ask the prime minister and his government for what purpose should parents educate their girl child? To ensure that they go on to become professionals, bagging good jobs, and rubbing shoulders at the workspace and socially with colleagues who could include men? Or are they being asked to ensure education of the girl child because this might make them more ‘attractive commodities’ in the job market, hence ensuring that families of prospective grooms dare not ask for hefty dowry?

If ensuring that women become nation-builders – not just as homemakers but also as professionals – is not the basic purpose of the campaign to educate girls, then the entire purpose is lost. A political party and a leader who does not respect the right of women to lead their lives as they wish to, do not have space in contemporary Indian politics.

By not penalising Barala, the BJP and Modi are sending out a very retrograde message and greatly harming the image they are seeking to project of themselves as a modernising force. Modi is also harming his attempt to project himself as a believer in empowering women.

While the narrative of police investigations against the accused will run its own course and will determine the outcome of this particular case, the action taken – or not taken – by the BJP will have a more widespread and long-term impact.