As Rape Case Verdict Looms, Will BJP Come to the Rescue of 'Messenger of God'?

Lakhs of Gurmeet Ram Rahim Singh's followers, now camping in Panchkula and Chandigarh in support of their 'Living God', are most impressed with his welfare work. 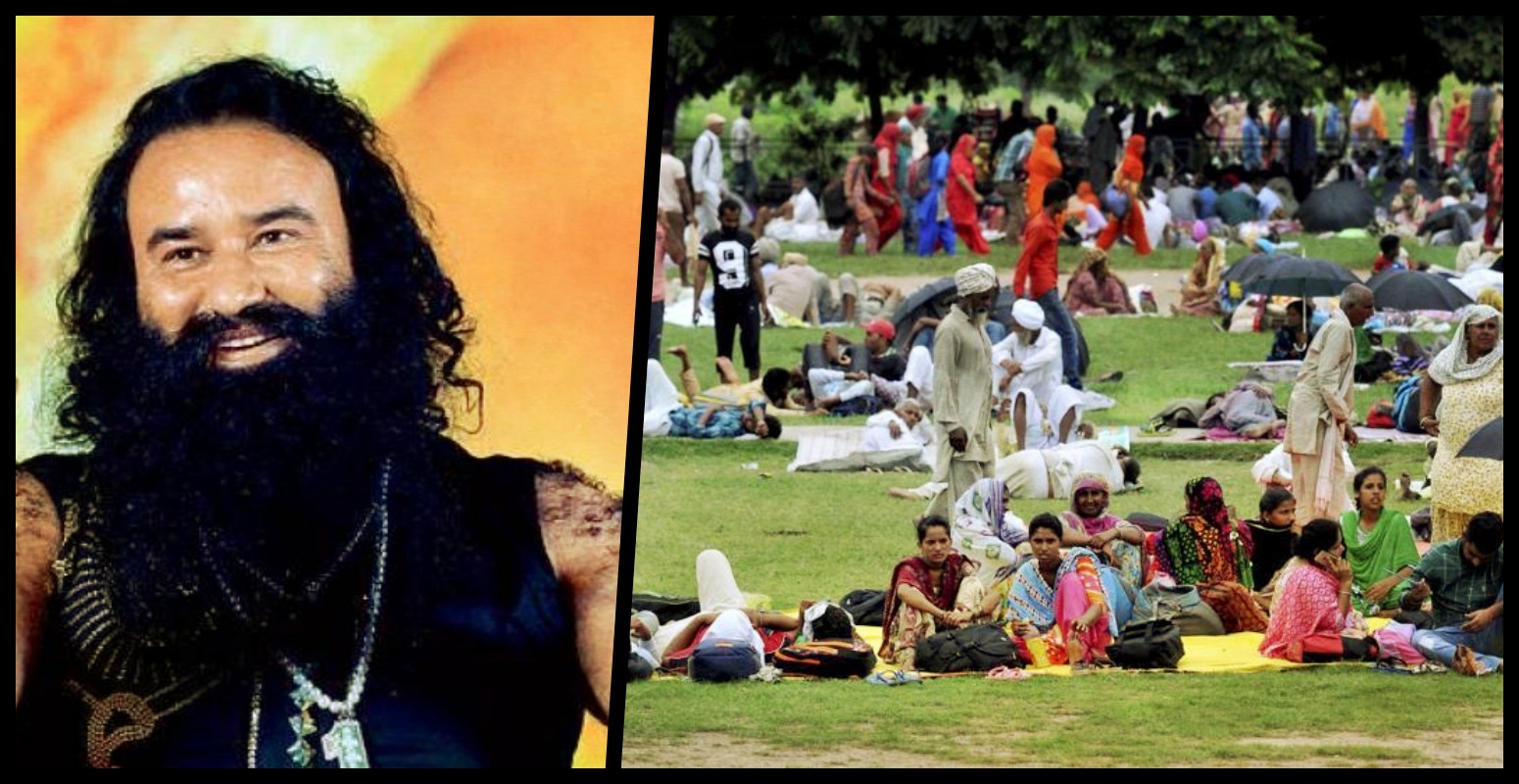 Chandigarh: Back in 2002, Gurmeet Ram Rahim Singh – head of the now formidable Dera Sacha Sauda (DSS), whose followers have brought Punjab and Haryana to a standstill ahead of the August 25 judgement by a CBI court into rape charges – was a small time spiritual guru, with an appreciable following who presided over a spiritual outfit in Sirsa in Haryana. He has since become India’s ‘Rockstar Baba’, having starred in at least two films produced by himself, has several music albums to his credit and is a big attraction for politicians of all hues during elections because of the sheer size of his following.

Soon after he was booked by the CBI in 2002 and 2003, on two counts of murder and alleged molestation of sadhvis in his dera, Singh employed a twin-pronged strategy to deal with the predicament he found himself in. He launched massive public welfare programmes to counter the image of a lecherous godman preying on hapless female devotees and simultaneously began an unabashed political leveraging of his immense following among the Dalit and downtrodden masses in Punjab, Haryana and other places. Some estimates say he has a following close to 50 million.

The DSS stepped up its public welfare activities by holding mammoth blood donation camps. One such camp was on December 7, 2003, and bagged a place in the Guinness Book of World Records. The outfit’s followers claim that it is now the largest blood donor for the Indian Army, having collected over five lakh units of blood. It also claims to hold records for organ and cadaver donation by around 60,000 people, as well as mega tree plantation drives.

But the lakhs of followers who are squatting on roads, roundabouts and in open spaces in the residential neighbourhoods of Panchkula and Chandigarh in support of their ‘Living God’ today, are most impressed with his anti-prostitution campaign where the dera claims to have helped 1500 women quit sex work and get married. In 2010, a mass marriage of former sex workers was organised at Sirsa, attended by hundreds of devotees. Topping the list of welfare work in the dera now is also assistance to transgenders and homosexuals. All this is advertised within the community of followers through widely publicised functions. Even as the Baba tried to clean up his image, in 2014, the Punjab and Haryana high court directed the CBI to probe a claim by a devotee, that around 400 of his followers had been castrated to “enable them to attain a union with god”.

Undeterred, he went on to star in two self-produced films called MSG – Messenger of God. Dressed in sequinned Superman costumes, crooning songs like ‘Love Charger’, the Baba despatches bad guys with special effects and has also begun to woo youth to his musical carnivals replete with psychedelic stage effects. Of late, Singh seems to prefer his shiny rockstar clothes studded with lights and zippers, not removing them even when he is meeting politicians.

Singh’s other strategy of wielding political clout with the region’s parties is also a stellar success, given his immense following among the Dalit and oppressed masses in places like Punjab and Haryana. The dera has at least 250 branches, some in foreign countries too. Whether it is an assembly election or a general election, the dera’s political wing gets to work, touring and meeting followers to figure out which party is best placed to help it achieve its aims.

In 2007, when the UPA was in power, the dera supported the Congress in the Punjab assembly election. But in  2014, it threw its weight behind the BJP, both in the Lok Sabha and in the Haryana assembly elections. Early this year, Singh supported the Akali Dal–BJP combine in Punjab. Its hard not to see how the dera’s political seesawing is synchronised with whichever party is in power at the Centre and therefore in control of the CBI. And, just like the spectacle of public spaces being swamped by angry followers, which we see now, the dera has always resorted to similar arm twisting and intimidation of the administration during previous hearings of the case in other places in Haryana, until the court permitted Singh to appear through video conferencing to avoid inconveniencing the public.

But despite these efforts, the charges levelled by an anonymous, but very determined sadhvi, who has pursued the case until now, are serious enough to keep the DSS on edge. In May 2002, she first wrote a letter to then prime minister Atal Bihari Vajpayee and the then chief justice of the Punjab and Haryana high court. In it, she alleged sexual harassment of women inmates of the DSS by its chief. This led to the CBI inquiry being ordered.

Here’s what the sadhvi’s letter alleged:

The  announcement of the CBI probe was followed by a tale of intimidation, murder and threats resorted to by the dera management. On May 30, 2002, Poora Sach, a Sirsa eveninger, published the sadhvi’s letter. Its publisher, Ram Chander Chattarpati, was threatened and later found murdered on October 24, 2002. The .32 bore revolver used in the crime belonged to Krishan Pradhan, the then dera manager.

On July 10, 2002, Ranjeet Singh, a former member of the dera, was murdered at Kurukshetra, allegedly by the dera manager and two others, including a constable who was Singh’s gunman. Ranjeet was allegedly killed because he circulated the sadhvi’s letter.

Just like the other BJP favourite, Baba Ramdev, last year, Ram Rahim launched his own FMCG company called MSG Trading International, which is in the market with 151 products, including organic food items. On the anvil are plans to open outlets across the country and market them through teleshopping and mobile applications. Incidentally, the DSS has an organic farm where devotees are encouraged to labour on the fields in return for salvation. In addition to its 800 acres complex in Sirsa, the DSS has branches in 35 other places, estimated to be worth billions.

Ahead of the August 25 verdict, the BJP, which rode to power in Haryana with some help from Ram Rahim, is in a fix. About three lakh followers have already laid siege to Panchkula and Chandigarh and more are likely to come. The DSS clearly feels it is payback time for the saffron party and its angry followers, who have been commanded to stand by Babaji in this trying time and are not likely to back down. For the record, the DSS maintains that it has not given any instructions to its devotees and that they are only responding to media coverage that their ‘god’ is in trouble with the CBI. Odd that the man who claims to be a multidimensional dynamo, who can do just about anything on earth, is unwilling to face this crisis alone.

Chander Suta Dogra is a journalist who has covered north India for two decades. She has travelled extensively in the heartlands of Haryana, Punjab, Himachal Pradesh and Jammu & Kashmir for investigative reporting on issues ranging from caste to women. She is also a spokesperson of the Aam Aadmi Party.